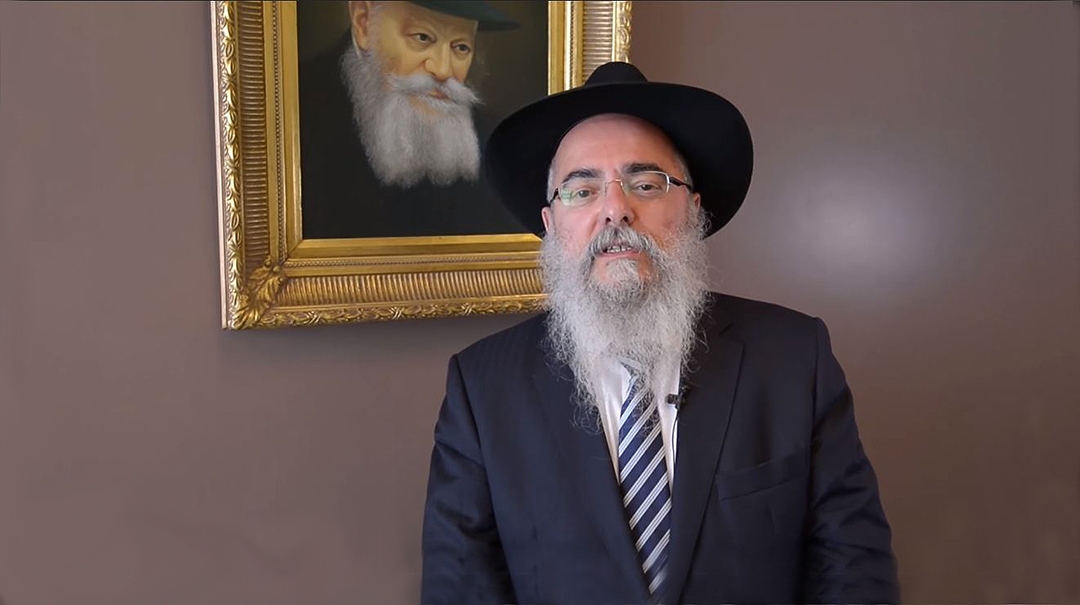 (JTA) — Andre Touboul, a rabbi affiliated with the Chabad-Lubavitch movement who led one of France’s most prestigious high schools, has died of the coronavirus in Paris. He was 64.

Touboul led Beth Hanna, a Jewish institution of some 1,500 students whose high school was ranked the best in France in 2015 by Le Parisien daily, since it was launched in the 1980s. He was mostly involved with the girls’ school, but the boys’ school also was highly ranked.

Saturday’s passing of Touboul, who before contracting the COVID-19 was healthy and energetic, shocked his former students. Many said he inspired them and thousands of others.

“Mr. Touboul, you elicited respect,” Sarah Attal, one of those former students, wrote about her late teacher on a memorial page set up for homi on the website Hassidout.org. “Despite the rigor that characterized you, we loved you to the bottom of our hearts. We felt safe with you, we felt you had beaten down a path for us to walk.”

Officially a private school, Beth Hanna neither charges expensive tuition — many students attend for free — nor employs the sort of applicant testing and screening that help other institutions in its category assure their scholastic excellence.

“Our goal is to give everyone a chance, without excluding a single person,” Touboul told the Jewish Telegraphic Agency in February at a conference in Paris.

Touboul lived with his wife and their nine children in an apartment in the city’s 9th District. But his other home, as people who knew him said, was Beth Hanna, which has become the Chabad-Lubavitch movement’s flagship pedagogical institution in Europe.

Touboul studied math at a technical college in his native Marseille when he decided to explore the teachings of the late Rabbi Menachem Mendel Schneerson, the Lubavitcher rebbe, in his 20s, he told JTA last month.

His organizational skills were “key to Beth Hanna’s success,” said Yaelle Zaoui, a teacher who served under Touboul.

“It’s a big loss going forward for the future of the school,” Zaoui told JTA.

In 2013, Touboul and another rabbi were questioned by police about a female student who accused a teacher of groping her. The teacher had been fired, and no further action was taken against Touboul or the school.

Part of Touboul’s strength seemed to lie in his eclectic background, which combined a scientific education with a strong interest in psychology and spirituality.

“There are no words to describe the power of his prayer, it would pierce the heavens,” recalled Moche Dalal, a regular at Touboul’s synagogue on Lamartine Street in Paris.

But another important asset was his perseverance.

“He was very, very, very invested in his work,” said Zaoui, who is also a Chabad emissary in Neuilly-sur-Seine, near Paris. “If you happened to be at Beth Hanna on Sundays, chances were you’d run into him at the office working away on the weekend.”

More than 700 people have died in France from the coronavirus. The country has gone into lockdown since last week, and the time and place of Touboul’s burial has not been announced.

Several of Touboul’s former students also commented on his accessible and informal demeanor, a trait he shares with many Jews from his Mediterranean hometown of Marseille.

One of those students, Ilana Levy, put it this way: “He knew how to inspire and when he smiled at me, it was the smile of a father to his daughter.”