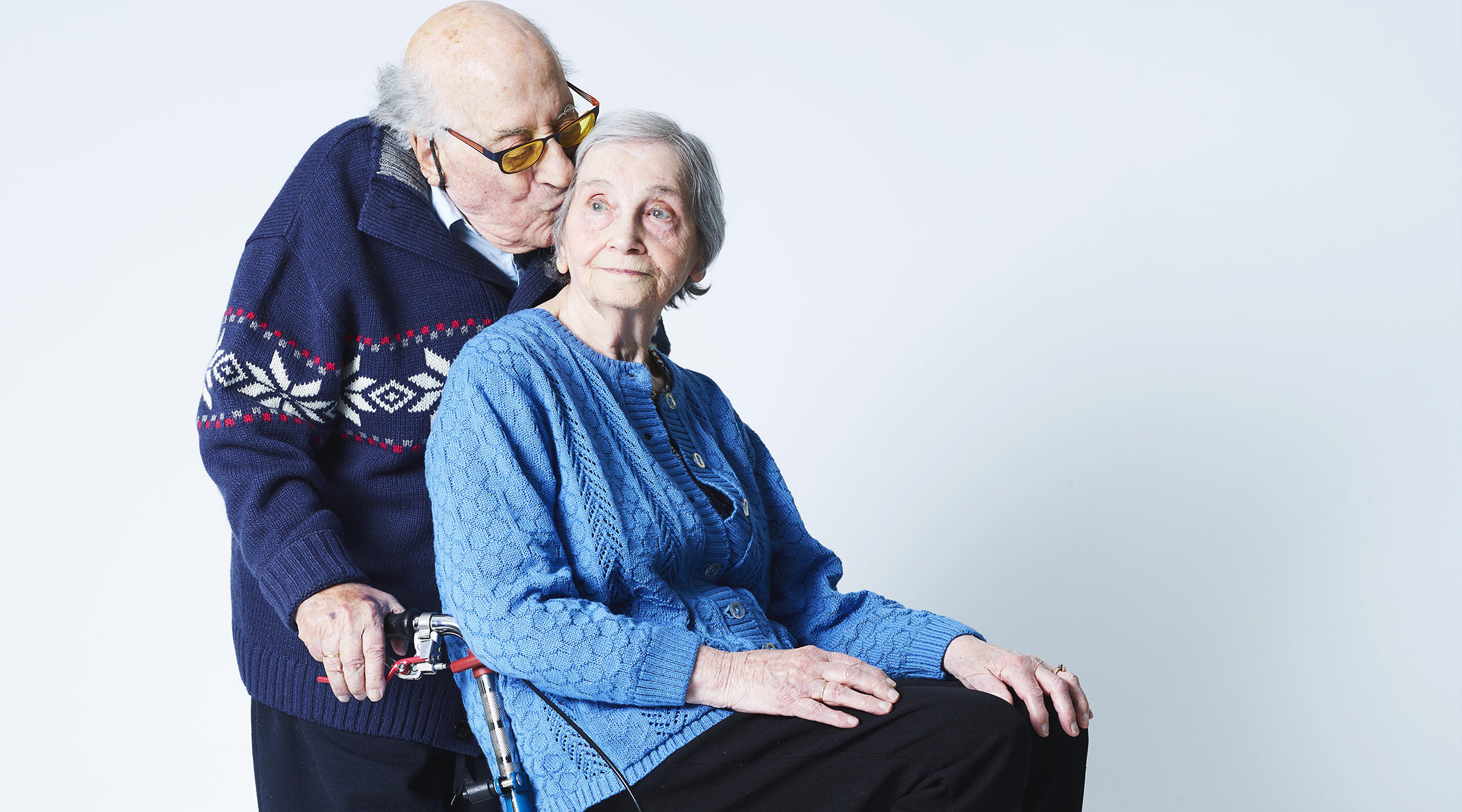 Meijer and Tedje van der Sluis during the filming of a 2018 documentary film about their marriage. Tedje died April 11, 2020, of the coronavirus. (Merlijn Doomernik)
Advertisement

AMSTERDAM (JTA) — Tedje van der Sluis had lived by her husband’s side since she was a teenager.

The couple, both Holocaust survivors from Amsterdam, had been inseparable since 1945, when they met at a Jewish orphanage.

But Tedje, who suffered from dementia, was when alone when she died on April 11 of the coronavirus on the third floor of the Beth Shalom Jewish nursing home in Amsterdam, where 26 people have so far died of the disease. She was 93. Her family have only a vague idea of what she went through in her final hours.

It was a lonely end to a love affair so legendary it was the subject of a 2018 Dutch television documentary. “Tedje & Meijer: The Promise of Love,” shows Meijer lovingly caring for Tedje as her dementia worsens. The couple used childlike terms of endearment for one another until Meijer’s death in January, and they were often kissing, hugging and rubbing noses.

Their love for each other “was so strong, so intense” that “there was actually no space for anyone else between them. Not even their children,” their daughter Mirjam said in the documentary.

Tedje met her future husband in 1945 at a high school called GICOL, which was set up to help students whose studies were interrupted by World War II. In practice, it functioned as an orphanage for Jewish children who had lost their families in the Holocaust.

“We had, of course, lost everyone,” Meijer says in the documentary.

Tedje’s mother died before the war, but her father and sister were taken to the Westerbork concentration camp and later to Auschwitz. Tedje too was apprehended and eventually sent to Auschwitz, where she arrived in 1944.

The couple focused on making the most of the present instead of dwelling on the past, trying not to burden their children with their Holocaust trauma and grief. And though they led happy lives, the past was never far below the surface, their children said.

Tedje once asked Mirjam to stop doodling on on her arm, saying it reminded her of the tattoo she was given at Auschwitz.

The couple’s grandson, Yotam Bar-Ephraim, said the family’s only solace is in believing the couple are reunited in the afterlife. Their anniversary would have been celebrated on April 28.