We Israelis couldn’t visit our loved ones’ graves this Memorial Day. Still, we remember. 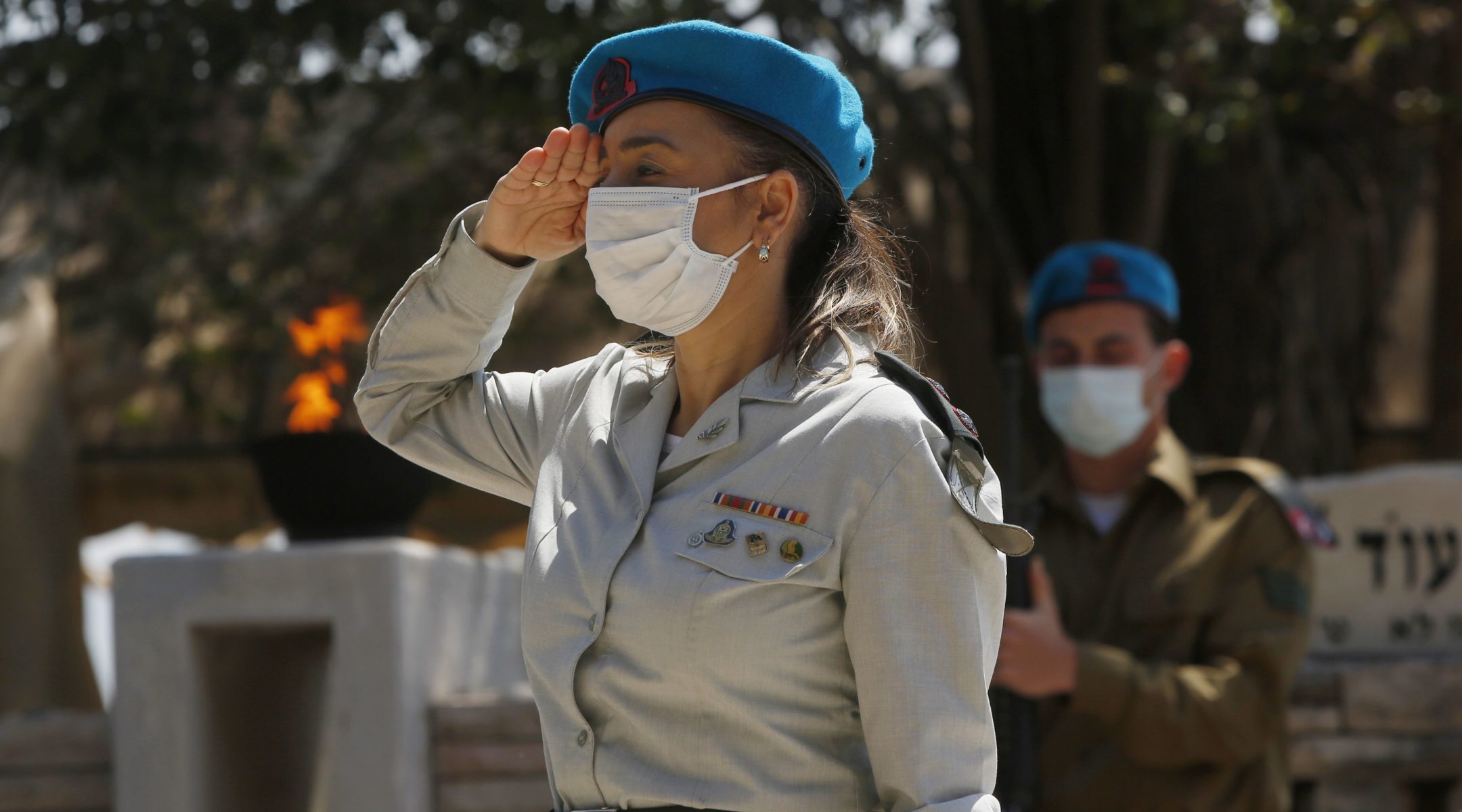 TEL AVIV (JTA) — In 2017, a senior representative of an Asian nation ended her tenure in Israel. We were neighbors and in a meeting, before she headed home, she told the residents of our apartment building how she had served in many posts across the world, and how she found two special days that make Israel so unique: Yom Kippur and Memorial Day.

In recent years, I also had traveled the world and had a chance to observe how other countries commemorate their fallen service members, men and women. Some do it with official ceremonies, others with holiday sales at department stores, and in some the day is marked by visiting cemeteries where the fallen are buried.

In Israel, life stands still on Memorial Day. At 11 a.m., when the siren marking the moment of commemoration blows (yet another unique Israeli custom), you can hear the birds chirping, the wind blowing and the murmur of the sea waves from far away. All is silent. Everyone pauses for a moment of remembrance.

Harvard professor Stanley Milgram famously demonstrated how all human beings can be connected within six degrees of separation. In Israel, I’d imagine it only takes three. Israeli society is dense and interconnected. And since military service is compulsory, everyone knows someone who fought in a war, someone who was killed or someone who knows someone who had lost their life. That’s what makes the day so sad.

As a major in the Golani Brigade, one of Israel’s top combat units, I’ve lost many friends and family members throughout the years. My own Memorial Day begins at the home of Nuri and Bella Fischer, the parents of Lt. Avi Fischer, who was killed in Lebanon. My oldest son, Avraham, is named after him. From there I head to the memorial service for my cousin Gilad Zusman, who was killed in another battle in Lebanon. A short walk from there is the grave of Lt. Col. Dror Weinberg, which I visit every year on this day. And on my way out I stop by the graves of Lt. Avi Buk, whom I mentored at the B’nai Akiva youth movement, and that of Yaakov Don, my yeshiva study partner, who was murdered in Gush Etzion.

At every grave and in every cemetery, I meet another circle of friends — from our time in the military, family members, work colleagues. The years go by, but I never show up alone to the cemetery. I’ll always take one of our five children with me. On Memorial Day, our family splits up, since each of us has their own fallen friends to visit. My wife, Hannah, goes to the cemetery where a student of hers who was murdered in a terror attack is buried. My oldest sister visits the grave of Sgt. Matanya Bar-Lev, her boyfriend who was killed two months before their wedding. My other sisters attend other cemeteries, each one with her own graves to visit.

The day is short and I don’t have time to visit the graves of my friends in arms Yossi Ohana, Nadav Milo, Eran Shamir and others who lost their lives in Israel’s wars. When Memorial Day ends, we reach Independence Day celebrations tired and hurt, but joyful for being independent.

This year is different.

The coronavirus pandemic forces us to stay at home. The cemeteries will remain empty. Families are not allowed to visit the graves of their loved ones. It’s hard to imagine the feelings of the grieving parents, siblings and friends on Memorial Day, and it’s hard to explain how significant the communal ceremony at the cemetery is for them. And still, this year, the cemeteries will all be empty.

The government guidelines are clear — no one will be allowed into the cemetery grounds.

Technology offers some new ways of commemorating the fallen. The Israel Defense Forces will be filming the cemeteries and screening them by Zoom to the families, so they can maintain at least some of their Memorial Day feelings and emotions. Groups of friends who usually attend cemeteries together are seeking their own ways of marking the day.

Within this great sadness and the terrible void it carries, I see an opportunity brought about by the corona pandemic. It’s an opportunity to take a pause from the ceremonies and the Memorial Day repetitive ritual, and instead dedicate some time to thinking about the memory itself and our fallen loved ones. To think not only about who these individuals were, but also about who they could have been. To think about the father or mother or spouse they could have been, about the children they never had and never will have, and the talent and capabilities that are lost forever. To think about that and to know that we must be worthy of their sacrifice.

We must be an exemplary society — a society that remembers, not only on Memorial Day, the heavy price paid by the fallen and by their families. And to work our hardest to build a nation worthy of this price.

Aviad Friedman
is an Israeli businessman, former major in the Israel Defense Forces and the former chair of the Israel Association of Community Centers who has worked in senior positions with four Israeli prime ministers.
The views and opinions expressed in this article are those of the author and do not necessarily reflect the views of JTA or its parent company, 70 Faces Media.