(JTA) — Since April, all eyes following the Israeli-Palestinian conflict have been glued to July 1.

Israeli Prime Minister Benjamin Netanyahu had negotiated the date into his government coalition deal with his rival Benny Gantz. On July 1, as stipulated in the agreement, Netanyahu could put the topic of annexing the West Bank — a move that would have enormous political repercussions well beyond the Middle East — up for a vote in his Cabinet or in the Knesset, Israel’s parliament.

(Here’s a guide to what West Bank annexation, a move to apply Israeli sovereignty to Jewish settlements that Netanyahu has long desired, would mean.)

But on Tuesday, Netanyahu signaled that nothing big will happen on July 1. After meeting with White House envoy Avi Berkowitz and U.S. Ambassador to Israel David Friedman, Netanyahu said they “spoke about the question of sovereignty, which we are working on these days and we will continue to work on in the coming days.”

With that, the anticipation that had been building for months — or some could argue for over a year, during which Netanyahu promised annexation in not one or two but three election campaigns — dissipated. “The coming days” takes us into an indeterminate future.

This doesn’t mean that annexation in full or some other form won’t ever happen. In fact, Netanyahu has floated the idea of annexing just a few large settlement blocs close to July 1 to try to appease all sides.

Still, missing the July 1 date is symbolic of how fraught the process has become. Here are the reasons why it hasn’t come together the way that Netanyahu had hoped.

The U.S. team is uneasy.

Tuesday’s meeting was just one of several that Netanyahu has had over the past few months with the U.S. Middle East peace team anchored by Jared Kushner, Friedman and the 31-year-old Berkowitz. The team’s message has been straightforward for months: Slow down the process.

That’s despite the fact that the Trump administration’s own peace plan, released in January, gives Israel the green light to add West Bank lands to its map in a future two-state solution with the Palestinians. The Palestinians would get about 70% of the West Bank’s territory and Israel would annex the rest.

Some have speculated that the holdup is due to geographic specifics, or which West Bank settlements the U.S. will approve annexing. The U.S. administration has also been tied up with responding to the coronavirus crisis — something that Kushner has also spent time on — and is wary of getting involved in a controversial move at the same time. 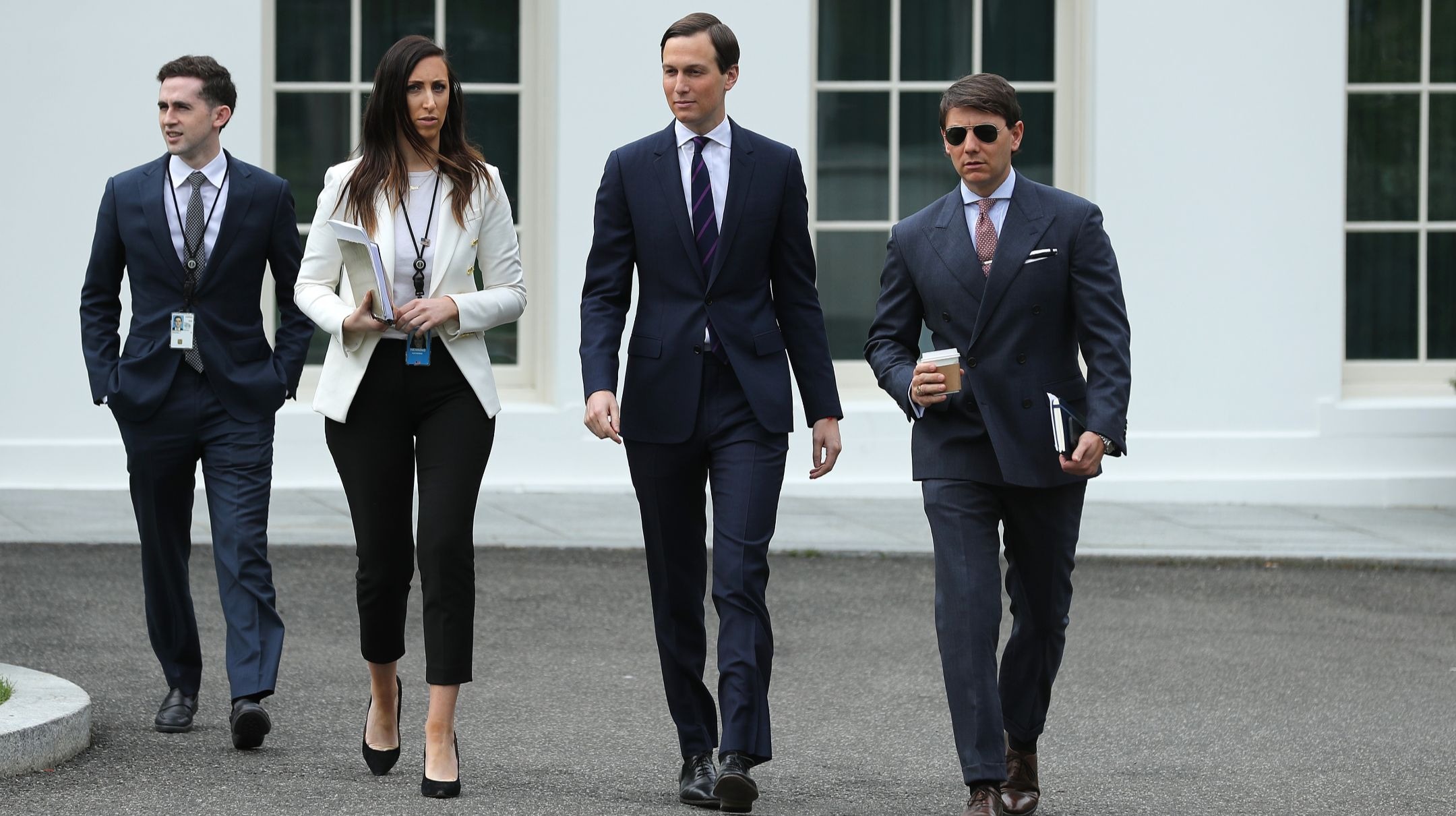 There’s also the fact that the Palestinians have outright rejected the Trump plan, which could be weighing on the U.S. team.

In addition, the Israeli army reportedly has been kept completely out of the loop of the process, giving rise to anxieties about a possible bungled security response.

Whatever the reason for the delay, it looks like Netanyahu is deferring to President Donald Trump and his team, which is unusual. In previous peace negotiations, the United States usually let the Israelis take the lead in setting parameters. In the 2013-14 negotiations, when a team led by then-Secretary of State John Kerry put forward detailed proposals, Netanyahu’s government pushed back forcefully.

There’s another potential reason that the U.S. team has shown reservations: They could want the full support of Benny Gantz, now Israel’s  defense minister but also alternate prime minister. According to the coalition agreement, Gantz is scheduled to rotate into the prime minister role in a little over a year. He now represents the center-right in Israeli politics. 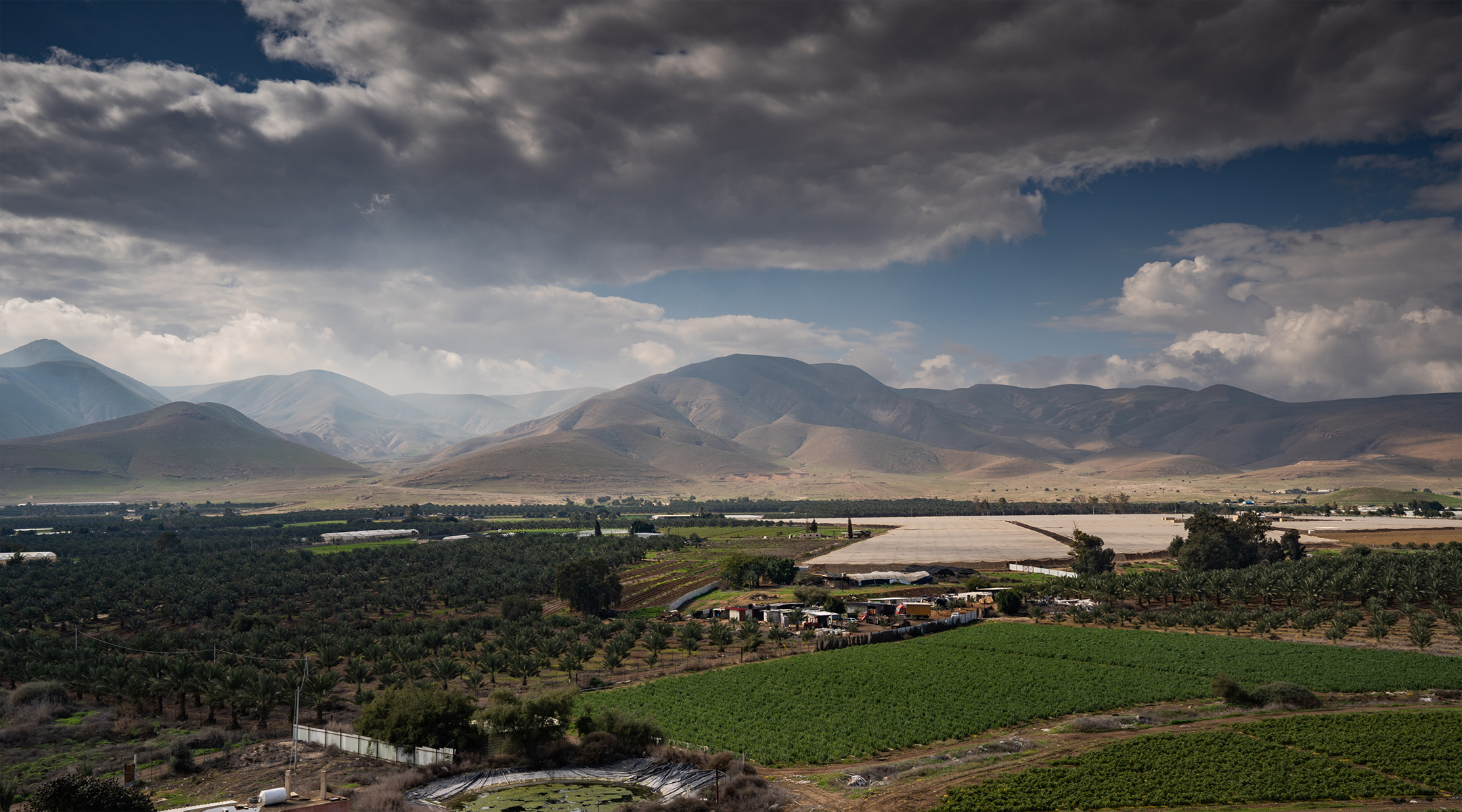 A view of the Jordan Valley, part of the land that Israel’s Prime Minister Benjamin Netanyahu wants to apply Israeli sovereignty to, seen Feb. 2, 2020. (Yaniv Nadav/Flash90)

The Times of Israel reported Tuesday that “the US appears to be conditioning the advancement of the annexation on Gantz’s backing, in addition to support by Foreign Minister Gabi Ashkenazi.” Ashkenazi, like Gantz a former Israel Defense Forces leader, is part of Gantz’s Blue and White party.

Gantz has said he supports the Trump peace plan, which involves annexation, but only if the idea gains wider support than it currently has. European politicians have threatened sanctions on Israel if it follows through, and Arab countries have warned that the move would cause disastrous unrest in the region. Yousef al-Otaiba, the United Arab Emirates’ ambassador to the United States, has written that annexation would also destroy the relationships that Netanyahu has been working hard to build in the Arab world.

“I believe that the Trump plan is the right political and security framework to be promoted in the State of Israel,” Gantz said in an interview with Ynet on Tuesday. “[But] this needs to be done correctly in bringing as many partners to this discussion from the countries of the region, with international backing. [We must] make every effort to connect with them and only then continue. And I think all the means to bring in the players have not yet been exhausted.”

The Palestinians could be willing to talk if annexation is nixed.

The Palestinian Authority, led by Mahmoud Abbas, has not been happy about the annexation rumors. If Israel follows through with its plan, the P.A. said it will declare its own state. It has already reneged on all security cooperation with Israel and even stopped taking tax money held for them. 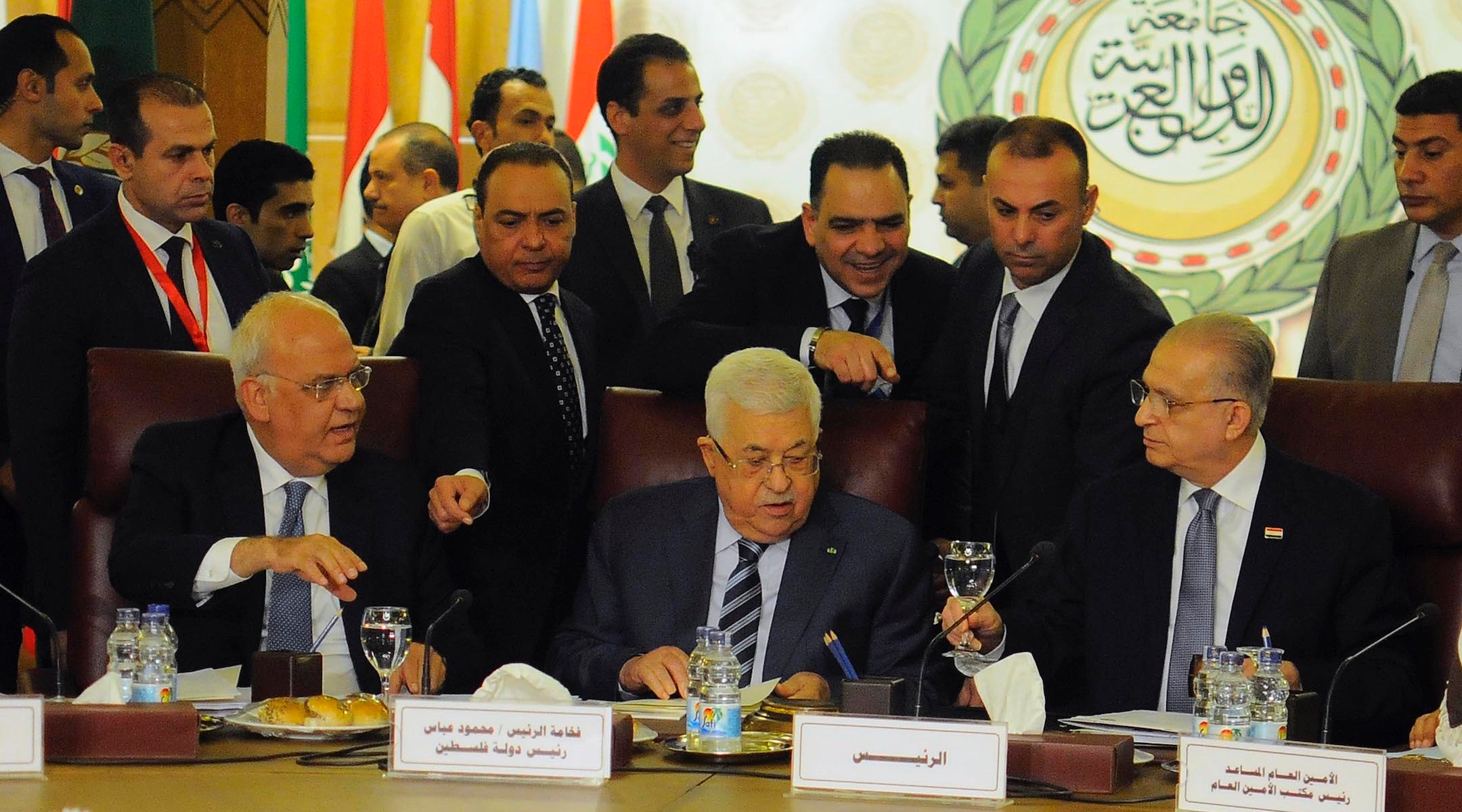 All signs pointed to a historic low in Israeli-Palestinian relations. However, in a striking reversal, the AFP news agency reported that the P.A. is willing to come back to the negotiating table — something it hasn’t done since 2014 — if Israel drops the annexation idea. The report claims that the Palestinian Authority sent a letter to the so-called Quartet – the diplomatic grouping of the United States, the United Nations, the European Union and Russia — saying it was “ready to resume direct bilateral negotiations where they stopped.” The AFP could not discern when the letter was sent, though.

The coronavirus is raging in Israel.

This is Gantz’s other point: The coronavirus has made a comeback in Israel, and he thinks the government should prioritize dealing with that first.

In the early days of the virus, Netanyahu and his government were praised for their quick and effective quarantine shutdown. In recent weeks, however, Israel has relaxed restrictions and reopened workplaces and schools — and seen a spike in COVID-19 cases. On Tuesday, the Health Ministry confirmed over 700 new cases that had been identified in the past 24 hours — the second-highest amount recorded in a day there since the start of the pandemic. Israeli reports claim that the ministry is pushing for curfews in dozens of cities to curb the spread of disease.

Netanyahu has disagreed with Gantz on the topic.

“We have serious issues to discuss,” Netanyahu said Tuesday. “So serious they can’t even wait until after the coronavirus passes.”