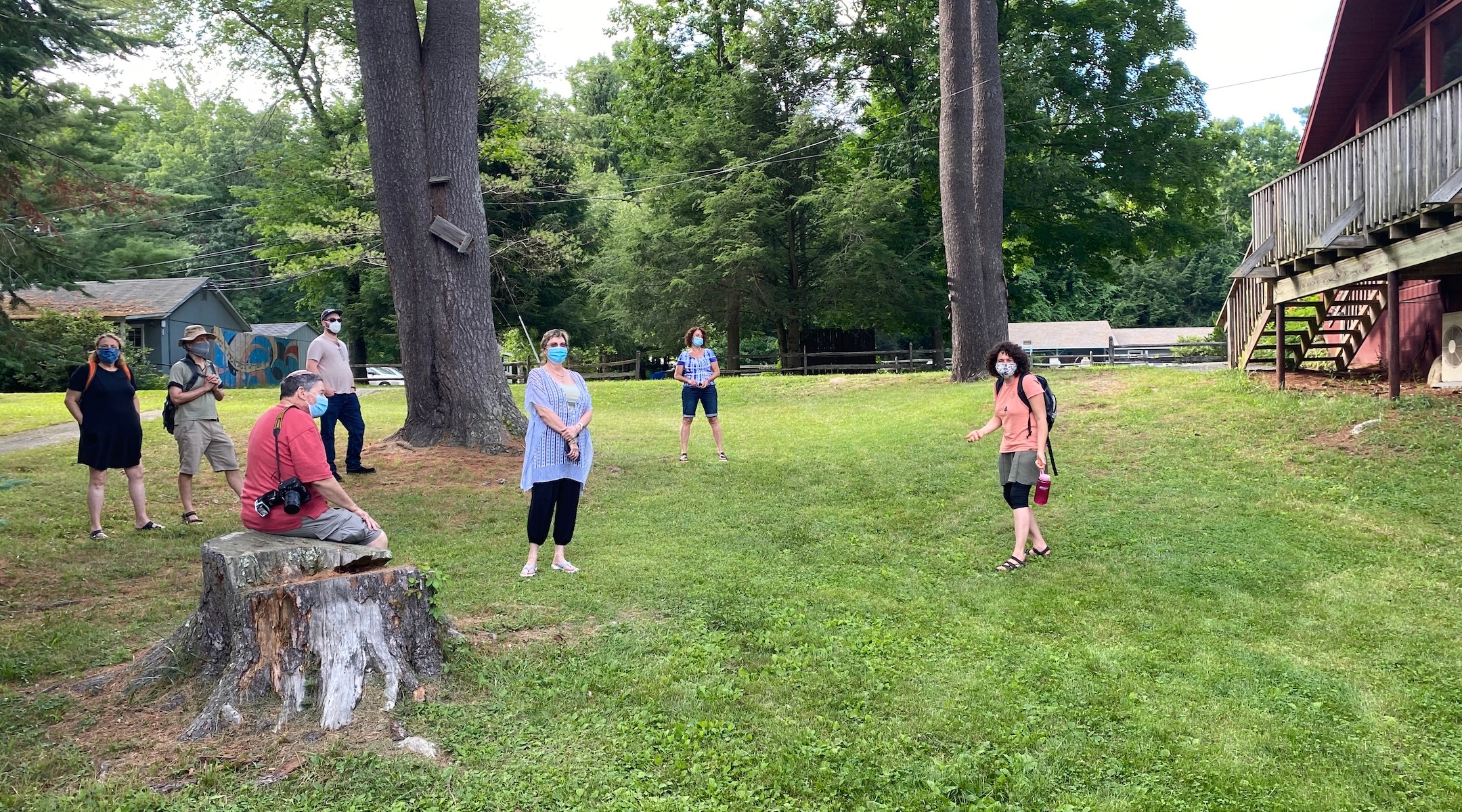 Guests at the Isabella Freedman Retreat Center went on a socially distanced tour in July. (Courtesy of Hazon)
Advertisement

(JTA) – Almost as soon as the coronavirus pandemic swept the country in early March, the Isabella Freedman Retreat Center in Connecticut canceled several retreats it was set to host in the spring.

Then the center had to cancel its Passover program, the biggest program it hosts all year. By early June, all retreats through the end of 2020 were off the calendar.

The cancellations led Hazon, the Jewish environmental organization that operates the retreat center, to reduce its staff by about 40% in late June.

Out of a staff of 59 before the pandemic, 21 people were laid off at the end of June and three positions were left unfilled as the organization adjusted to the sudden loss of revenue.

The decision to lay off staff makes Hazon the latest Jewish organization to making staffing changes effective at the end of the federal Paycheck Protection Program. The aid program, intended to keep Americans employed at small businesses, provided low-interest loans to small businesses and nonprofit organizations. Under the rules of the program, the loans could be eligible for forgiveness if employees were kept on through the end of June. Layoffs after that date would not jeopardize organizations’ eligibility for loan forgiveness.

Nigel Savage, president and CEO of Hazon, said the organization had probably lost $2.5 million so far this year from canceled programming. Hazon received about $840,000 in a loan from the Small Business Administration, most of which Savage anticipates being forgiven under the terms of the program, that enabled it to stave off the layoffs until late June.

“But Hazon has no reserves, no endowment, so it was very clear if we didn’t have revenues, that we would have to let staff go,” Savage told the Jewish Telegraphic Agency.

The organization had imposed pay reductions, tiered according to salary level, earlier in the pandemic for about eight weeks, with Savage taking a temporary 25% cut.

Most of the layoffs involved event staff at the retreat center. While some Hazon programs have been suspended — including Teva, an environmental education program for schools — the organization has not laid off staffers responsible for educational programming, some of which has been moved online.

Moving forward, a pilot program at the retreat center may help balance the budget this year.

The center began hosting a small number of guests for short getaways instead of the large retreats they usually host. Individuals, couples and families can visit the retreat center with all activities and meals carried out with social distancing.

If the retreat center is able to continue hosting guests, the organization should be able to maintain its remaining staff, according to Savage, but if changing state regulations force the center to stop hosting guests, more might have to be let go.

“We literally don’t know what the future holds,” Savage said.