Anti-Semitism is rising worldwide — so why is Trump’s special envoy targeting the president’s American Jewish critics? 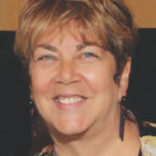 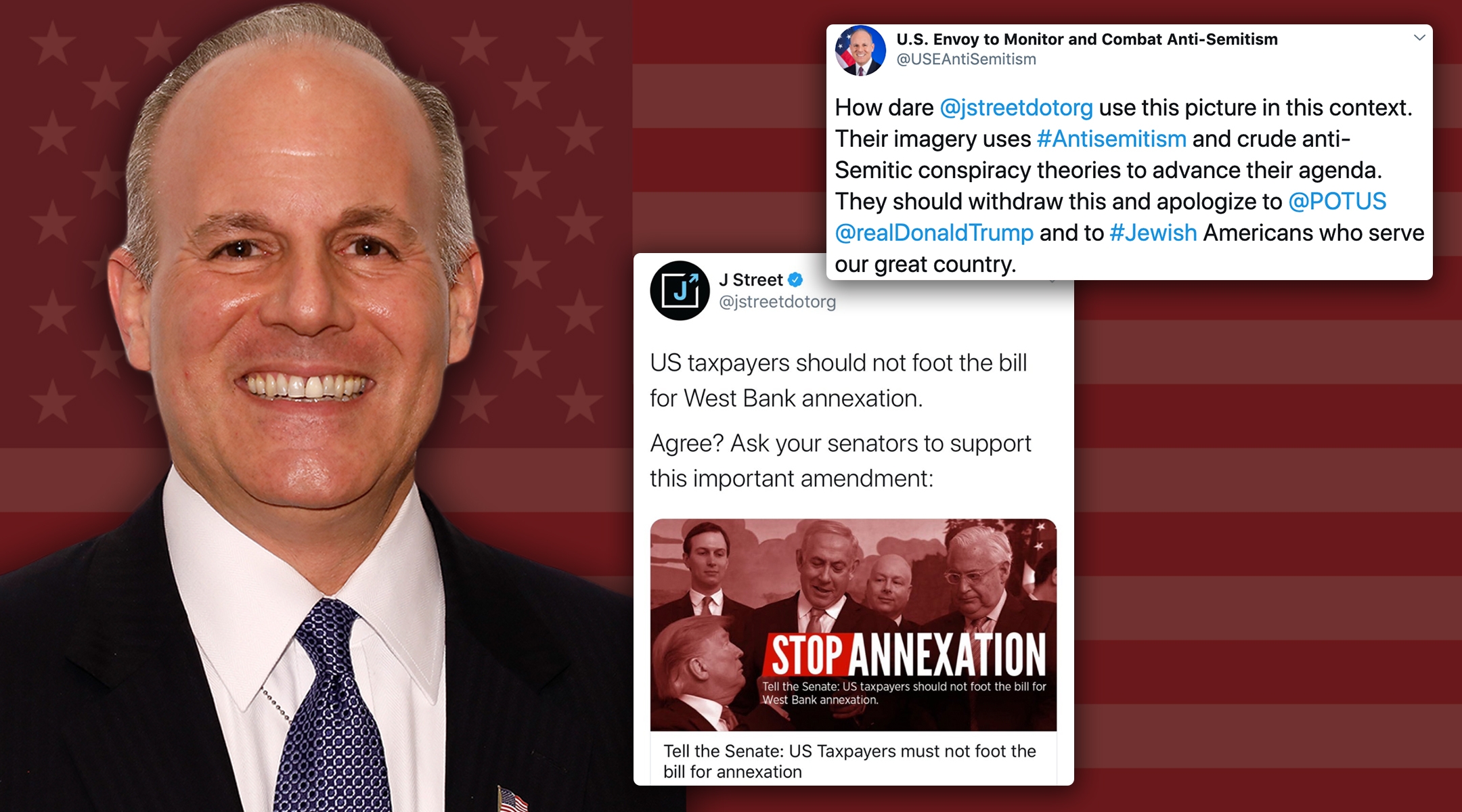 MADISON, Wis. (JTA) — Around the world — from Argentina to Poland to the United States — anti-Semitic attacks are on the rise. On social media, an intensifying wave of COVID-19 conspiracy theories is spreading unchecked, pinning blame for the pandemic on George Soros, Israel and the Jewish people. In Germany this month, the defense minister was forced to disband one of the country’s most elite military units after uncovering an infestation of neo-Nazis in its ranks.

From 2009 to 2012 under the Obama administration, I served as the U.S. Special Envoy to Combat and Monitor Anti-Semitism. Today I watch this growing tide of hatred and intolerance with mounting dread. And I feel tremendous frustration as I watch the current occupant of my former role, Elan Carr, use his position to score political points for President Trump and shamefully malign the president’s Jewish critics.

Last week, Carr took to Twitter to accuse J Street, a prominent liberal Jewish American advocacy group, of using an anti-Semitic image as part of its campaign against the Israeli government’s threatened unilateral annexation of the West Bank. (Full disclosure: I attended J Street’s first planning meeting as a member of J Street’s Advisory Council in 2007.)

How dare @jstreetdotorg use this picture in this context. Their imagery uses #Antisemitism and crude anti-Semitic conspiracy theories to advance their agenda. They should withdraw this and apologize to @POTUS @realDonaldTrump and to #Jewish Americans who serve our great country. pic.twitter.com/g4nz13g8K3

The image, which Carr claimed evoked “anti-Semitism and crude anti-Semitic conspiracy theories,” turned out to be nothing more than a press photo from a White House event that featured the key U.S. and Israeli figures who are now publicly coordinating on potential annexation: Trump, Jared Kushner, Prime Minister Benjamin Netanyahu, Jason Greenblatt and U.S. Ambassador to Israel David Friedman.

Labeling J Street’s post as anti-Semitic was both absurd and malicious. Even leaving aside the utterly dubious merits of Carr’s claim, it is entirely inappropriate that he would use his official, taxpayer-funded position to meddle in domestic politics and attack Jewish critics of the president’s foreign policy. Such bad-faith, transparently partisan behavior can only serve to undermine the special envoy’s own credibility and ability to fight actual anti-Semitism around the world.

For the Trump administration, this is sadly nothing new. Time and again, the president, his advisers and his appointees to senior positions have sought to politicize questions of anti-Semitism and policy toward Israel. By smearing their political opponents as anti-Israel and anti-Semitic, they create the false impression that all criticisms of Israel are anti-Semitism, and myopically focus the entire conversation about anti-Semitism on critics of Israel, while ignoring the much broader canvas of hatred against Jews in this country and around the world.

By conflating fair criticism of the Israeli government with anti-Semitism, the Trump administration has led us to this ridiculous spectacle. The self-proclaimed “best friends” of the Jewish people are hurling charges of anti-Semitism at American Jews themselves while continuing to largely ignore the anti-Semitic beliefs, statements and actions of some of their own far-right, white nationalist supporters and allies. Despite study after study showing that the vast majority of today’s violent anti-Semitic incidents in the U.S. originate from the far right, the Trump administration remains committed to its myopic culture war against an exaggerated enemy on the left.

This approach is not only maddening to those of us genuinely committed to fighting anti-Semitism, but also hurts genuine advocacy for Israel’s best interests and profoundly misrepresents the values and opinions of American Jews. Far from backing the Trump administration’s lockstep support for the hard-right Netanyahu government in Israel, most American Jews continue to support a two-state solution, an evenhanded U.S. approach to the conflict and a just outcome that respects the fundamental rights and legitimate aspirations of the Palestinian people.

To be clear, when I served as the Special Envoy against Anti-Semitism, I was forthright about my concerns that too often around the world, criticism of the State of Israel and its people crosses the line into anti-Semitism. We continue to see the deployment of harmful tropes rooted in centuries-old conspiracy theories. Israel’s regional adversaries such as Iran and Hezbollah actively fuel anti-Israel sentiment and crude anti-Semitism, seeking to transform support for Palestinian freedoms into support for Israel’s destruction.

I never shied away from confronting this threat, nor should any of us. The work of addressing anti-Semitism in all its forms, wherever it rears its head, is a full-time job demanding focus, nuance, judgment and the ability to build coalitions. It requires efforts to enlist both Jewish and non-Jewish communities across the political spectrum as allies in the fight — not spreading divisiveness, mistrust and partisan rancor. If Special Envoy Carr is incapable of recognizing these basic truths or unwilling to act on them, he has no business serving in his role.

Hannah Rosenthal
served as the US Special Envoy to Combat and Monitor Anti-Semitism from 2009-2012. She has been a commissioner of the U.S. Commission on International Religious Freedom and a former president of the Jewish Council for Public Affairs.
The views and opinions expressed in this article are those of the author and do not necessarily reflect the views of JTA or its parent company, 70 Faces Media.