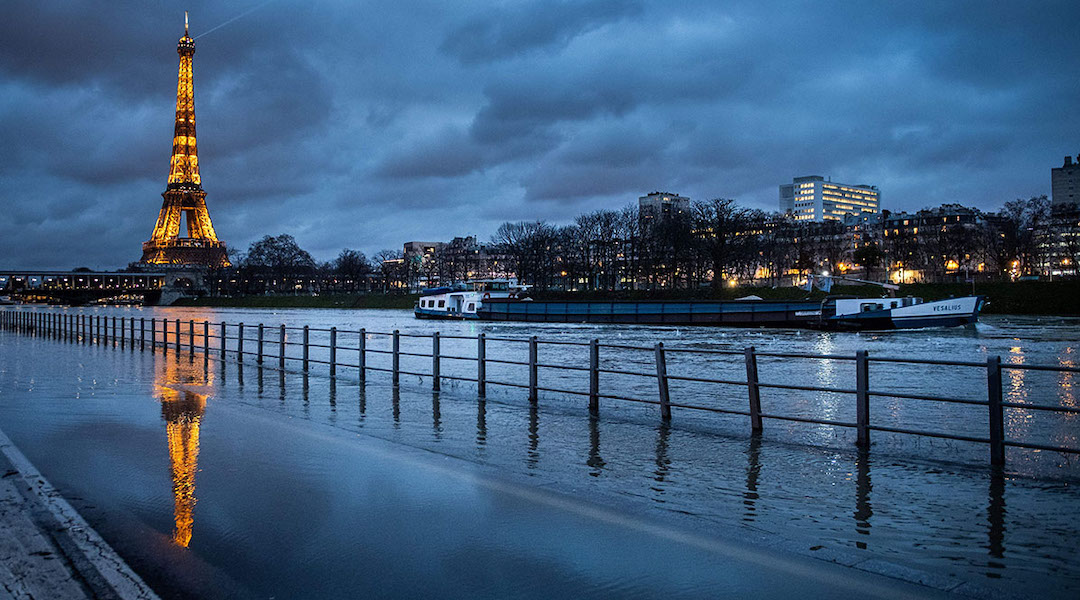 I’m an American Jew from New York who now lives in Paris.

What brought me here at the age of 68 in the middle of a  pandemic? That’s a long story — a long marriage, a sudden death, trying to put my life back together and deciding instead to change it completely.

I’ve had a love affair with Paris since my second trip here as a college student in the early 1970s. In the ensuing decades I’ve visited France many dozens of times. Moving here was a way to make a long-held dream come true — or so I thought. Instead, my six months living in Paris has been beset with questions I never expected. Here’s one: Is this really the right place for a Jew these days? After spending a lifetime with only intellectual/historical fears, I now find myself facing fears that are far more visceral.

A little over 20 years ago, I had just completed my first book, “The Complete Jewish Guide to France.” By that time, having studied European history, listened to my family’s Holocaust horror stories and spent considerable time in France, I was keenly aware of Europe’s history with the Jewish people. It wasn’t a pretty picture.

Yet there was something about France. I believed in France despite her history, perhaps even because of it. Wasn’t France the first country in Europe to grant civil rights to Jews in the late 18th century? Didn’t Napoleon Bonaparte tear down the ghetto walls in cities he conquered? Didn’t he create the still extant state mechanisms that allowed Jews in France to become French citizens — Frenchmen who practiced Judaism?

My belief in the inherent virtue of la Republique Francaise and in its concept of laïcité — wherein the state exists to protect the populace from the excesses of religion — allowed me to look at its post-revolution (1789) history in a somewhat forgiving way. I could convince myself that France’s stumbles as a new republic were the errors of youth and not part of a larger dysfunction. The Dreyfus Affair? But it was non-Jewish Frenchmen who saw to it that he was exonerated. The Shoah? But surely France had learned a difficult lesson from the crimes that some Frenchmen committed against other Frenchmen, I reasoned. The country was seriously damaged politically and emotionally, yet the French republic and laïcité ultimately prevailed.

As a Jew, I was never afraid to be in France.

I wasn’t afraid in 1975, when the United Nations was voting on its resolution equating Zionism with racism, and when anti-Israel and anti-Jewish slogans began to show up on buildings in some sections of Paris. And I wasn’t afraid when the Latin Quarter’s only Jewish student restaurant was bombed in 1979 — injuring 26 people — or in 1982  when attackers fired submachine guns and hurled grenades into Jo Goldenberg’s, a restaurant in the historic Jewish quarter of the Marais. I believed that because these weren’t state-sponsored crimes that France could still be trusted.

Fear had still not gotten the better of me in 2002 when synagogues in Lyon, Marseille, Strasbourg and Kremlin-Bicetre were attacked in rapid succession. Nor had it after the torture and murder of Ilan Halimi in 2006, nor in 2012 after a Jewish teacher and three children were murdered in Toulouse. Instead, I wrote about France’s abject failure to assimilate immigrants from its former colonies in North Africa and reasoned that this was less about terrorism than the failure of the French state.

I wasn’t afraid in 2015 after a siege at a kosher supermarket in Paris, following the Charlie Hebdo massacre, left four Jews dead, or after soldiers guarding a Jewish center in Nice were stabbed, or the next year when there were anti-Jewish attacks in Strasbourg and Marseille.

But in 2017, Sarah Halimi was murdered in her apartment; Mireille Knoll the following year. In 2019, the philosopher and public intellectual Alain Finkielkraut was subject to anti-Jewish abuse on the streets of Paris. The same year, a painting of the late Simone Veil was defaced; the word Juden was scrawled on the window of a Paris bakery; a memorial to Ilan Halimi was destroyed and a Jewish cemetery in eastern France was vandalized.

I’m nothing if not stubborn, so despite all of this I remained unafraid.

Perhaps it’s because I’ve always taken the existence of anti-Judaism everywhere as a given. With that as an emotional shield, I could go anywhere and see any anti-Jewish act — even murder — as business as usual because, well, history. Others might express worry and fear at the news of Jews getting stabbed, or shot, or spat upon, but I could shrug my shoulders and say, “So what else is new?”

In those situations, I’d often respond to anxious friends by asking why they thought the Shoah would have changed the way many people and many countries treated Jews. After all, didn’t the pre-Shoah world create the environment that resulted in the Shoah in the first place? Maybe it should have put an end to anti-Judaism, but it was wishful thinking to believe it actually would.

Still, when I moved to Paris in January, something had changed.

As family and friends worried about my physical safety as a Jew in France, I threw myself into setting up my Paris apartment. But by that time, countries and international organizations had started adopting an official definition of antisemitism, as though that’s something anybody actually needs. I would have thought killing a Jew, shooting up a synagogue or beating up a guy in a kippah is self-evident.

And just last month, the violence and killing in Israel and Gaza shook the world yet again. With that came pro-Palestinian demonstrations in Paris and elsewhere. That in itself isn’t new, but this time it was evident that one of the things that had changed was French people, along with others around the world, felt at ease voicing anti-Jewish sentiments in public. What’s more, many have become vocal about their desire to see Jews killed for imagined collective crimes … again.

Whether or not you think anti-Judaism and anti-Zionism are the same is irrelevant. In practice, when mobs demonstrate against Israel, when Israel is vilified, when Israel becomes a proxy for every bit of vitriol the people of the world can spew against every societal or governmental misdeed, Jews regardless of where they’re from get attacked.

Now that the COVID confinement has been lifted and life in Paris is returning to a semblance of normal, I’m resigned to the idea that I should keep my head down and be less open about being a Jew. I will no longer wear Jewish jewelry in public. I’ll think twice before I go to a Jewish event or attend synagogue.

And what of my native city, New York? Anti-Jewish attacks have become routine there, too. New York!

I don’t know what to believe, whom to trust or where I will be (relatively) safe. But now I know emotionally what I’d always known intellectually: the post-World War II era in which I grew up really was an anomaly in the continuum of Jewish history.

And for the first time in my life, I’m afraid.