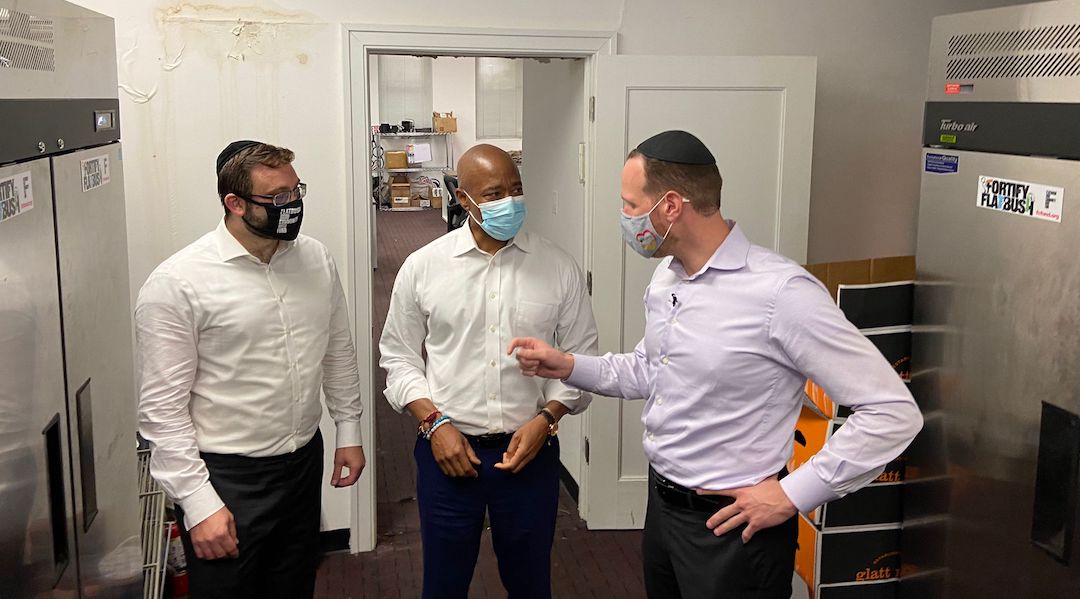 Good morning, New York. Hope you made it through last night’s storm dry, if not high. For the second time in two weeks, Central Park was hit with the all-time record for the most amount of rain to fall in a single hour.

AFTER THE DELUGE Members of two synagogues in Williamsburg, the Sambor Shul on Walton St. and Ohr Yisrael Elimelech Shul at Wythe Ave. and Rutledge St, were forced to rescue Torah scrolls from flooding caused by last night’s storm. (Hamodia)

HIGH HOLIDAYS If you are looking for a place to mark Rosh Hashanah and Yom Kippur in person or online, we’ve got you covered: The Jewish Week’s second annual (gulp) guide to High Holiday services in the COVID era includes livestreaming options and alternative venues, including a nightclub, a Brooklyn church and a bowling alley.

JUST DO IT In a video, Orthodox rabbis from the Five Towns and the Rockaways called on people to get vaccinated against the coronavirus. Watch the video here. (Mediaite)

BINGE-WORTHY All 180 “Seinfeld” episodes will be on Netflix starting Oct. 1, the streaming service announced on Wednesday. (Times of Israel)

WHO WILL BUY A 700-year-old High Holiday prayer book is expected to fetch up to $6 million when it goes up for auction next month at Sotheby’s in New York. (The Guardian)

Jeffrey Shandler, Distinguished Professor in the Department of Jewish Studies at Rutgers University, will spend a year at the Center for Jewish History as its NEH Scholar-in-Residence. He’ll explore the history of  Jewish museums shut down or never realized because of political and social upheaval. (Read a Jewish Week interview with Shandler.)

The Jewish Educator Portal has a new homepage with a more robust search experience for users, as well as a ton of resources for the High Holidays, including a fun e-book for young kids to learn about and celebrate Rosh Hashanah.

A popular meme urges employers not to schedule meetings or events on the Jewish holidays. Bad idea, writes Eli Gottlieb: “Posting such messages can do more harm than good.” (JTA)

Join My Jewish Learning and Dr. Yael Ziegler to explore the biblical story of Hannah, which is read on the first day of Rosh Hashanah. Sign up here. 1:00 p.m.