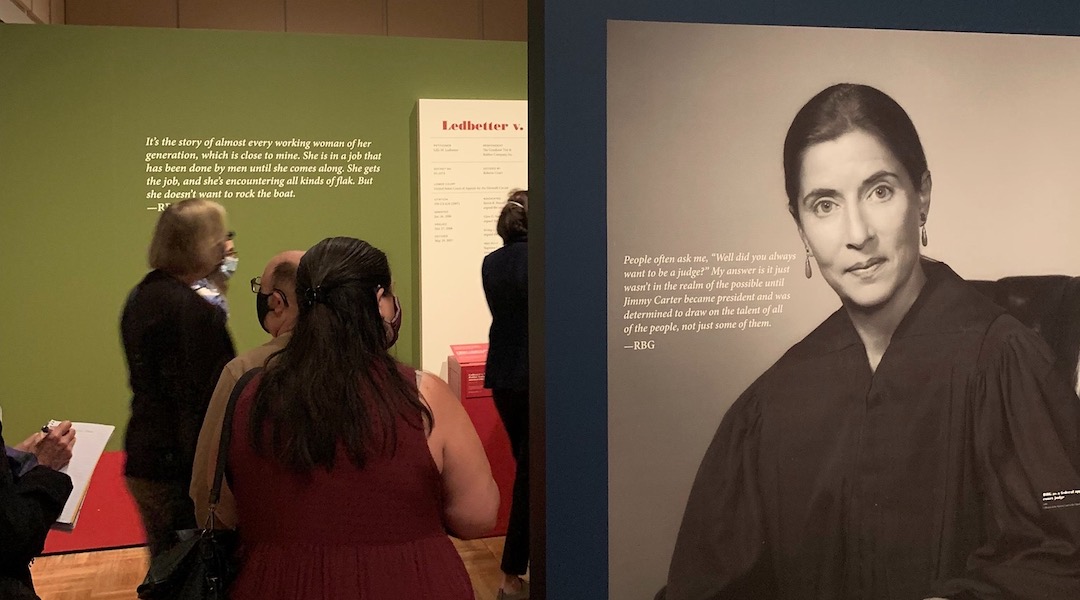 Good morning, New York. Tonight, join Andrew Silow-Carroll, editor-in-chief of The New York Jewish Week, as he leads a discussion about the causes of and solutions for antisemitism in New York City.

The virtual conversation will feature Deborah Lauter, executive director of the Mayor’s Office for the Prevention of Hate Crimes; Scott Richman, regional director, Anti-Defamation League NY/NJ; and Leo Ferguson, of Jews for Racial and Economic Justice. Presented by Marlene Meyerson JCC Manhattan and hosted in partnership with the New York Jewish Agenda and The Center for Jewish Living. Register here. 7:00 p.m ET.

MANDATE DAY ONE: A vocal minority of Jewish schoolteachers in New York City are citing religious faith to decline vaccinations, even though the majority of rabbinic leaders across every denomination have said Jewish law actually encourages the opposite. (JTA)

GOVERNOR’S RACE: Rep. Lee Zeldin, the Jewish Republican from Long Island who is running for governor, opens his campaign headquarters in Manhattan today.

COUNCIL DISTRICT 48: Read about Inna Vernikov, the pro-Trump, Ukraine-born Jewish Republican looking to win the City Council seat in Brooklyn vacated by Chaim Deutsch, who was forced out of his seat earlier this year after getting convicted of tax fraud. (New York Post)

Feel-good or ironic stories about “the last Jew of Afghanistan,” Zebulon Simantov, “mask a much larger and darker reality about societies that were once ethnic and religious mosaics, but are now home to almost no one but Arab Muslims, Lithuanian Catholics or Han Chinese,” writes Dara Horn. (New York Times)

Dr. David Kraemer of the Jewish Theological Seminary will explore biblical and rabbinic views of the Sabbath as commentaries on the significance of work. The talk is the opening session of a weekly series with JTS scholars about the meaning of work and rest in Jewish tradition. Register here for the series. 2:00 p.m.