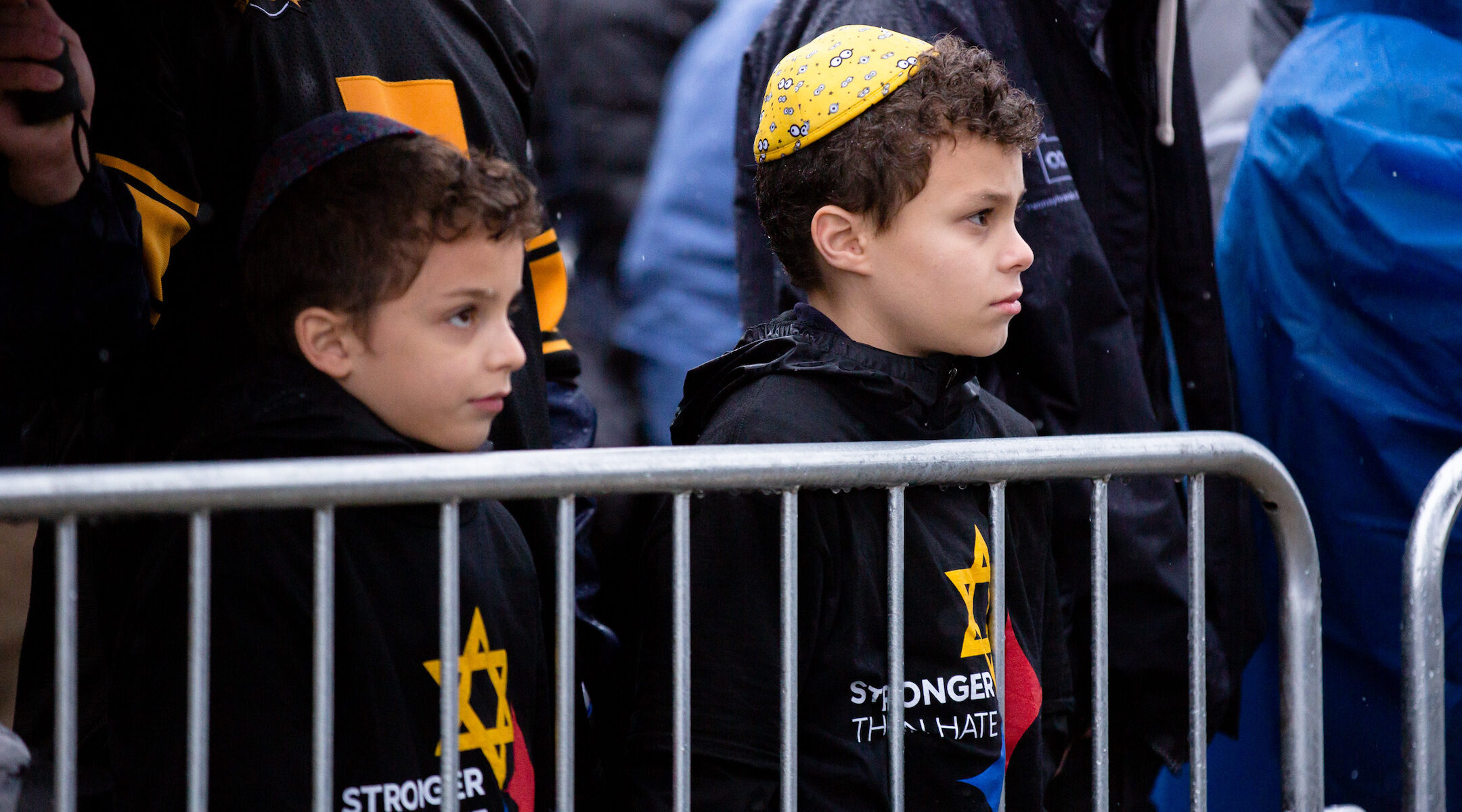 (New York Jewish Week via JTA) — A few years ago a colleague called to interview me for a book he was writing about journalists who worked for Jewish publications. I told him that it would be the first book in history whose readership would overlap 100% with the people being interviewed.

That’s a little bit how I feel about books that look deeply into the ins and outs of Jewish communal affairs: the admittedly small genre of synagogue tell-alls, studies of Jewish philanthropy, scholarly work on how Americans “do” Judaism. Of course, I eat these books up – it’s my job and passion. But I suspect I am a distinct minority within a minority.

I also suspected Mark Oppenheimer’s new book, “Squirrel Hill: The Tree of Life Synagogue Shooting and the Soul of a Neighborhood,” might be similarly narrow in its scope and audience. In some ways it is, but that is also its strength: In describing the Oct. 27, 2018 massacre of 11 Jewish worshipers in Pittsburgh and how individuals and institutions responded, he covers board meetings, interviews clergy, takes notes on sermons and reads demographic studies by Jewish federations. The result is a biopsy – or really, a stress test – of American Jewry in the early 21st century, the good and the bad.

And as a result it tells a bigger story about and for all Americans in an age of mass shootings, political polarization and spiritual malaise.

First the good: The Squirrel Hill in Oppenheimer’s book is a model of Jewish community building – home to the rare American Jewish population that stuck close to its urban roots instead of fleeing to the far suburbs. The neighborhood boasts walkable streets, a wide array of Jewish institutions, a diverse public high school and local hangouts that serve as the “third places” so elusive in suburbia. Oppenheimer credits a federation leader, Howard Rieger, who in 1993 spearheaded a capital project that kept the community’s infrastructure — “from preschool to assisted living” — in place and intact.

The universal outpouring of support after the shooting also showed American Jewish life at its best. Offers to help flooded in from Jews around the country and the world. Non-Jews rushed to assure Jews that they were not alone. Barriers fell between Jewish denominations, and people put politics and religion aside to focus on the qualities and threats that unite them.

The downside is a photo negative of all that’s right about Squirrel Hill and American Jewry. The diversity and demographics of Squirrel Hill are a reminder of the more typically segregated way of American Jewish life — religiously, racially and economically. Orthodox and non-Orthodox Jews spin in separate orbits. Many white Jews rarely interact with people of color who aren’t cleaning their homes or taking care of their kids.

As for the support that flowed in: Oppenheimer also describes the ways the offers of help could feel both patronizing and self-serving, as outside Jewish groups and “trauma tourists” rushed in without considering the needs or feelings of the locals. One New York-based burial society sent “experts” to help the provincials tend to the bodies of victims; they were not-so-politely told that the locals had it under control. There’s a sad and hilarious profile of an Israeli medical clown who, like so many clowns, ends up sowing more confusion than comfort.

Oppenheimer also complicates the rosy portraits of Pittsburgh’s “Stronger Than Hate” response to the shootings. While the Jewish community remains mostly grateful for the shows of solidarity, there were missteps and miscommunications along the way. Even one of the most iconic images of the shooting – the Kaddish prayer written in Hebrew characters on the front page of the Pittsburgh Post-Gazette – has a complicated backstory that ended with the departure of the newspaper’s editor.

Internal divisions are on display as well: Jewish progressives who protested President Trump’s visit to Squirrel Hill after the shooting argued with “alrightniks” who either supported Trump or felt his office should be respected. Victims’ families reacted angrily after a local rabbi dared bring up gun control during an event on the one-year anniversary of the shootings. The rabbi later apologized for appearing to break an agreement that his speech would not be “political.”

Perhaps most of all, “Squirrel Hill” describes American Jewry at a crossroads, with Tree of Life as a potent symbol of its present demise and future possibilities. The synagogues that shared space in the building drew and still draw relatively few worshippers on a typical Shabbat, and those who come tend to be older. While the Tree of Life shooting galvanized a discussion about whether Jews could ever feel safe in America, America’s embrace of Jews has left non-Orthodox synagogues empty or emptying.

Tree of Life will apparently be rebuilt as a complex that will be “part synagogue, part Holocaust museum, part 10/27 memorial.” Whether anyone will come is another story. In his High Holiday sermon a year after the attack, Jeffrey Myers, Tree of Life’s rabbi, offered “a brutally candid assessment of the state of the synagogue, a plea for help, a challenge” for twice-a-year Jews to show up for programs and services, lest the synagogue cease to exist in 30 years.

That’s not just a Pittsburgh, or Jewish, thing. As Myers puts it, “low attendance at regular worship services was not a Jewish problem but an American problem.”

Oppenheimer does bring more hopeful stories, starting with the bustling Orthodox synagogues and including people and congregations offering spiritual, political and cultural alternatives for a generation of disenchanted seekers. How “sticky” these alternatives will be — to borrow a term from Silicon Valley — remains to be seen.

“Squirrel Hill” is both inspiring and deflating. It’s a reminder of the persistence of one of the world’s oldest hatreds and of the resilience of its targets. It’s a celebration of an American Jewish community, and a lament for fading Jewish connections.

And it is also a useful corrective for me, someone who is paid to cover these issues. After the one-year anniversary event, a local Jewish leader tells Oppenheimer that “she felt that the narrative of strength and unity had obscured how much people were still hurting.” Her words and Oppenheimer’s book are a reminder that there is always more to the story.