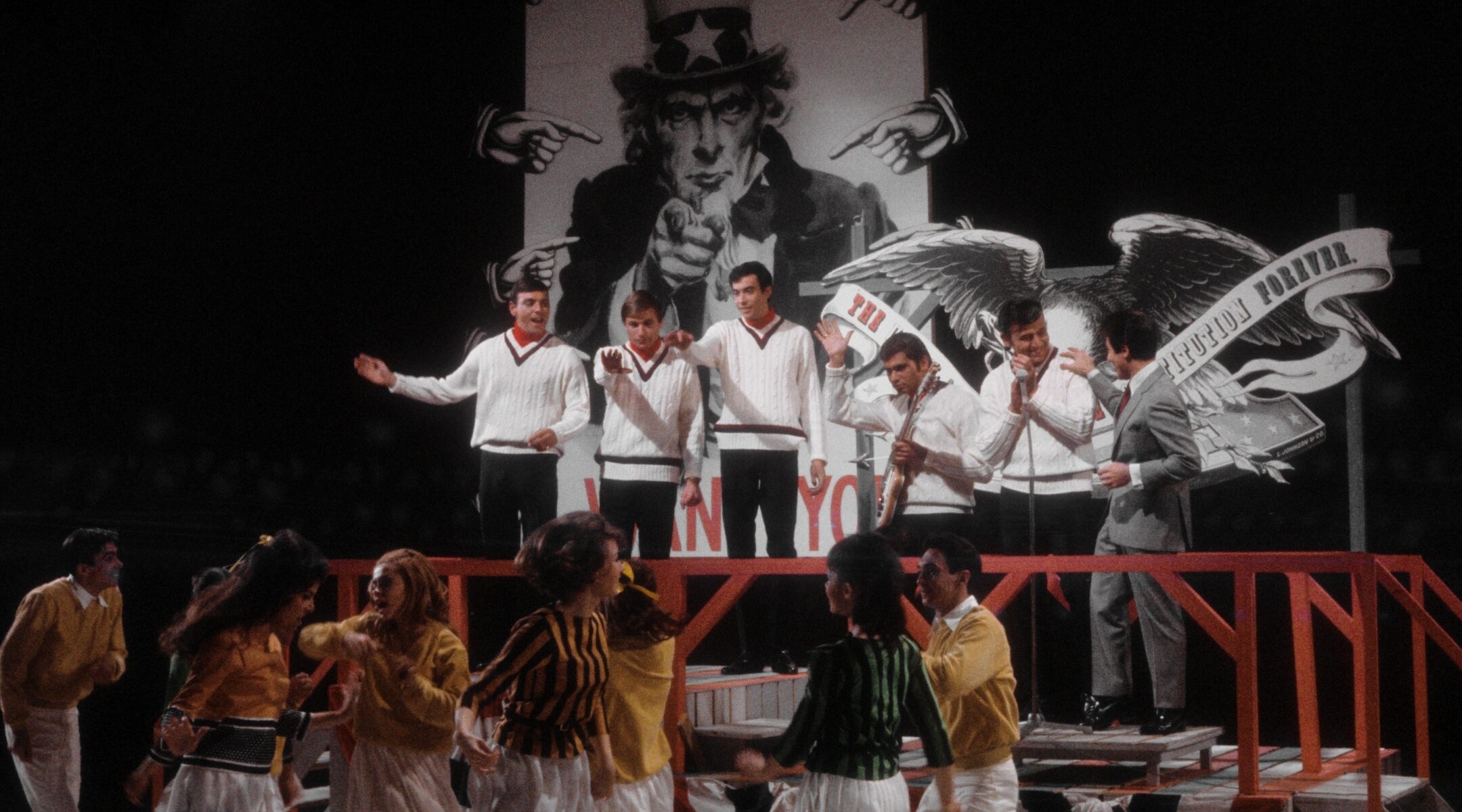 (JTA) — When Jay Black wanted The New York Times to understand that he was a hell-raiser, he said he was thrown out of New Utrecht High School in Brooklyn.

When he made the same point to The Forward, he added that he was subsequently tossed out of three yeshivahs.

“Three yeshivas,” Black said twice for emphasis in a 2014 interview. “I was a bad kid.”

Black, born David Blatt, died in Queens, New York, on Oct. 22 at 82, of cardiac arrest brought on by pneumonia.

He was selling shoes in 1962 or 1963 at Thom McAn when a buddy, Marty Kupersmith, who knew Blatt from the Jewish doo-wop circuit, asked him to take the place of Jay Traynor, who had quit Jay and the Americans, a group that had scored a single hit in 1962.

There was a condition: Blatt had to take on the first name Jay.

There are differing accounts of how he got the name Black; there’s evidence he was using it professionally before he joined Jay and the Americans, but he insisted he muttered “Jay Blatt” when Mike Douglas, the daytime talk show host, asked him his name, and Douglas repeated “Black” and it stuck.

Black, raised in an Orthodox family, had sung as a youngster with the choir of Cantor Moshe Koussevitzky. He became known for his powerful reach-for-the-rafters voice and his dramatic delivery. Bandmates dubbed him “The Voice” and it stuck.

With his dark good looks and his operatic delivery, he affected a Latin persona; one of the band’s most popular numbers was “Cara Mia,” in which he pledges to his presumably Italian object of adoration that “I will be your love until the end of time,” escalating into a heart-stopping falsetto. The song peaked at #4 on the Billboard Hot 100 chart.

There were other hits: “Come a Little Bit Closer” (which peaked at #3 on the charts), about an encounter with a seductress in a Mexican border town that ends badly; and their cover of the Drifters’ “This Magic Moment” (peaked at #6). The group was big enough to open for the Beatles in 1964, at the Fab Four’s very first U.S. concert.

The band wore sweaters and were clean-cut, but Black liked to project a mysterious, bad-boy affect: he boasted of his friendship with the Mafia boss John Gotti, and in a 1994 profile refused to tell The New York Times what his name was before “Black” — in fact, nothing in the long profile refers to his Jewishness. (He also made sure the reporter knew that female fans were, in his sixth decade, still delivering panties to him.)

He toured across America for decades, but New Yorkers loved their native son best. He sported a flag on his jacket, and said he was proud of the band’s 1963 hit, “Only in America,” recorded just when the counterculture was about to take off.

“Only in America can a guy from anywhere go to sleep a pauper and wake up a millionaire,” he sang.

In his 2014 interview with The Forward, Black seemed taken aback that the reporter even knew he was Jewish. But then he went all in, noting that the interview was taking place hours before the onset of Simchat Torah, and saying that he would light yahrzeit candles for his parents to mark the day.

The group broke up in 1973, but Black continued to perform under “Jay and the Americans” until 2005, when a chronic gambling habit drove him into bankruptcy. Debts forced him to sell back the name to three original founders of the group, who were ready to reunite and take the show on the road.

The revived group let him continue performing as Jay Black, but he never quite forgave them for taking the band name from him.

“We shared both wonderful and very contentious times, and much like an ex-wife, we are so proud of the beautiful children we created,” the group said Saturday on its Facebook page. “We’ll always remember The Voice.”

Jay Black, thrice-married and thrice-divorced, is survived by three sons, a daughter and five grandchildren.