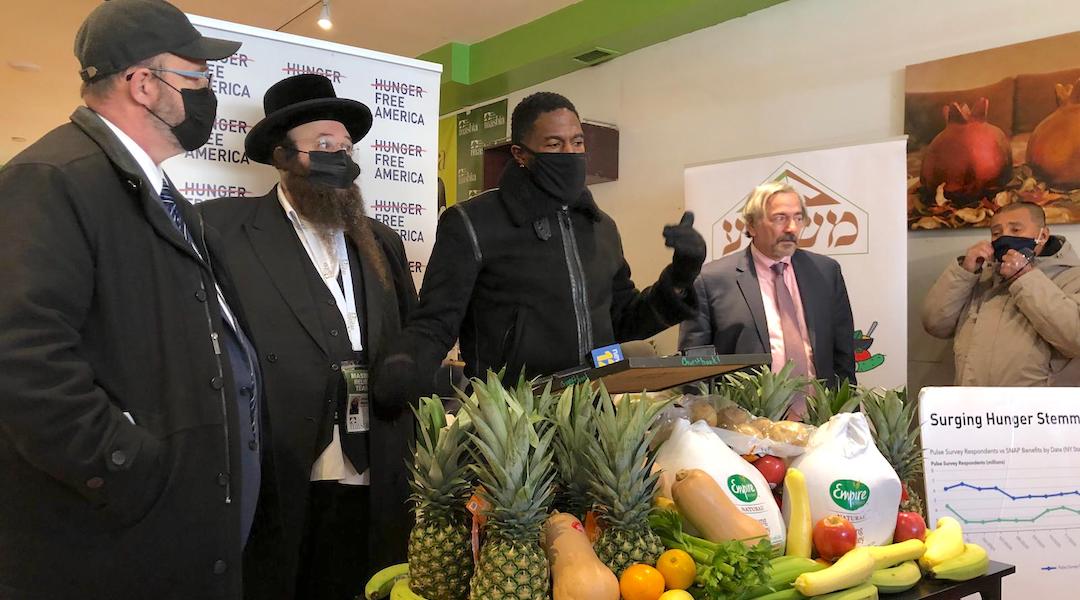 Good morning, New York! Hope you have a happy and healthy Thanksgiving.

DOCKED: A jury ordered the white supremacist organizers of the deadly 2017 Charlottesville far-right rally to pay $25 million in damages, in a victory for plaintiffs who sought to hold extremists accountable for violent events. (JTA)

WEDDED BLITZ: Jewish weddings are back in business, and their return offers a microcosm of a global economy still mired in a pandemic, from shifting medical protocols and rising prices to staffing shortages and supply chain disruptions. (Jewish Week via JTA)

WHITE LIKE ME: Alex Edelman, whose one-man show “Just For Us” runs through Dec. 19 at the Cherry Lane Theatre, wrestles with his identity as a white, Ashkenazi, Modern Orthodox Jew. (Jewish Week via JTA)

GIVING BACK: Volunteers packed over 4,000 Hanukkah gift boxes — including 2,000 boxes just for Holocaust survivors — in a joint venture by UJA-Federation of New York and the Met Council. (CBS 2)

Rabbi Joe Schwartz, who moved to Israel from Brooklyn in 2020, is the new director of educational innovation at The Jewish Agency for Israel. He will direct Makom: The Israeli Education Lab, the organization’s central resource “for educating and empowering professionals to change the conversation around Israel.” Schwartz was previously a litigator at the Kramer, Levin, Naftalis & Frankel law firm and launched his own venture, IDRA, which seeks to strengthen ties between Israelis and world Jewry.

Congregation Shearith Israel in Manhattan has been conducting Thanksgiving services since President George Washington first declared a day of thanks in 1789. Go here for their schedule of in-person services, Macy’s Thanksgiving Day Parade viewing and annual Hunger Alleviation Pack-a-thon. Thursday starting at 7:45 a.m.

Volunteers and clergy from many faiths will assemble at the sidelines of the Macy’s Thanksgiving Day Parade to pack ingredients for half a million donuts for distribution to the needy. The packaged flour, sugar, yeast, salt, jam, vanilla extract and confectioners’ sugar will be delivered to the Masbia Soup Kitchen Network where they will be distributed during Hanukkah. 2 West 70th Street. Thursday, 9:00-11:00 a.m.

Lab/Shul is inviting the community to consider attending the livestream of the National Day of Mourning, an annual ceremony in Plymouth, Massachusetts to mark the colonization and genocide of indigenous peoples of the Americas. Thursday, noon.

Join the Center for Jewish History and The New York Jewish Week on Nov. 29 at 6:00 p.m. for a tribute to William Helmreich, the late sociologist, author, scholar of Judaism and distinguished professor. Featuring Jeffrey S. Gurock, the Libby M. Klaperman Professor of Jewish History at Yeshiva University, and Matt Green, who, like Helmreich, walked every block of New York City for his film “The World Before Your Feet.” Moderated by Sandee Brawarsky. Register here.