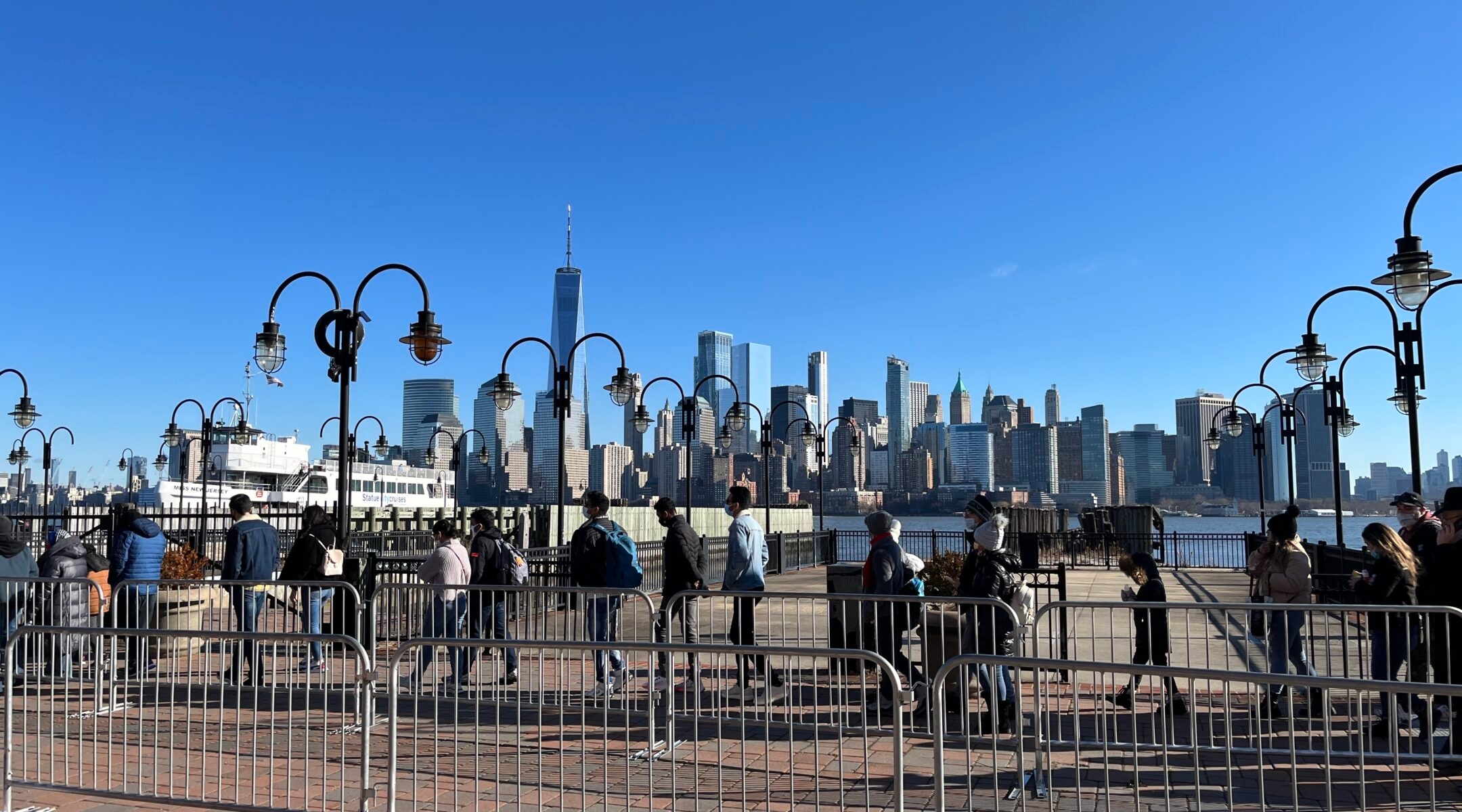 Good Monday morning, New York. We hope you enjoyed the long weekend, if you had one. The city’s plan to enforce a COVID-19 vaccine mandate for all private-sector workers takes effect today, as the virus is spreading across New York City at a faster rate than at any other point during the pandemic. The good news is that hospitalizations remain relatively low.

BREAKING: Israeli author Chaim Walder, whose children’s books were popular in haredi Orthodox communities around the world, was found dead Monday in an apparent suicide, according to Israeli news reports. Last month he was accused of sexual abuse by several teenage girls, and a Brooklyn bookstore led the push to hold him accountable. (JTA)

BOWLED OVER: Chicken soup can’t beat the Omicron variant, but a good dose of “Jewish penicillin” can make you feel whole lot better: Read our guide to some of the best chicken soup in the city, available for takeout and delivery. (New York Jewish Week via JTA)

GOT IT: City Councilman Mark D. Levine, chair of the council’s Health Committee, tested positive for COVID and, like so many vaxed and boosted folks, has mild symptoms. The news came just a day after New York magazine noted that Omicron is spreading fast in affluent neighborhoods like Tribeca, Chelsea and Gramercy. Health officials say holiday get-togethers, travel and widespread testing are driving the numbers. (Curbed)

BEING DR. RUTH: The show goes on at the Museum of Jewish Heritage, where Tovah Feldshuh is playing Dr. Ruth Westheimer in the one-woman play, “Becoming Dr. Ruth.” In a Zoom interview with our Julia Gergely, Dr. Ruth raved about Feldshuh’s performance, saying it was “fantastic to see … her dance, to see her describing my love affairs, to see her describing my marriages.” Watch it here.

ONE LAST KNISH: Rabbi Rabbi Israel S. Dresner, 92, born on the Lower East Side, asked for one last meal at the neighborhood’s iconic Katz’s Delicatessen after he was diagnosed with stage 4 metastatic colon cancer. His son Avi writes about their visit in a moving essay for the Forward. Read a Jewish Week story about Rabbi Dresner’s work as a civil rights activist, and the time Martin Luther King Jr. visited his synagogue in  Springfield, New Jersey.

FRESH HELL: Writer Amy Klein, who attending yeshiva growing up in New York, says the Netflix series “Lucifer” — about Satan relocating to Los Angeles — gave her the opportunity to “explore concepts of the afterlife in Judaism, and to distract myself from this current hell of a pandemic and its deniers here on earth.” (Kveller)

Photo, top: Masked tourists line up at Liberty State Park in New Jersey for the ferry to Liberty Island, Dec. 26, 2021.