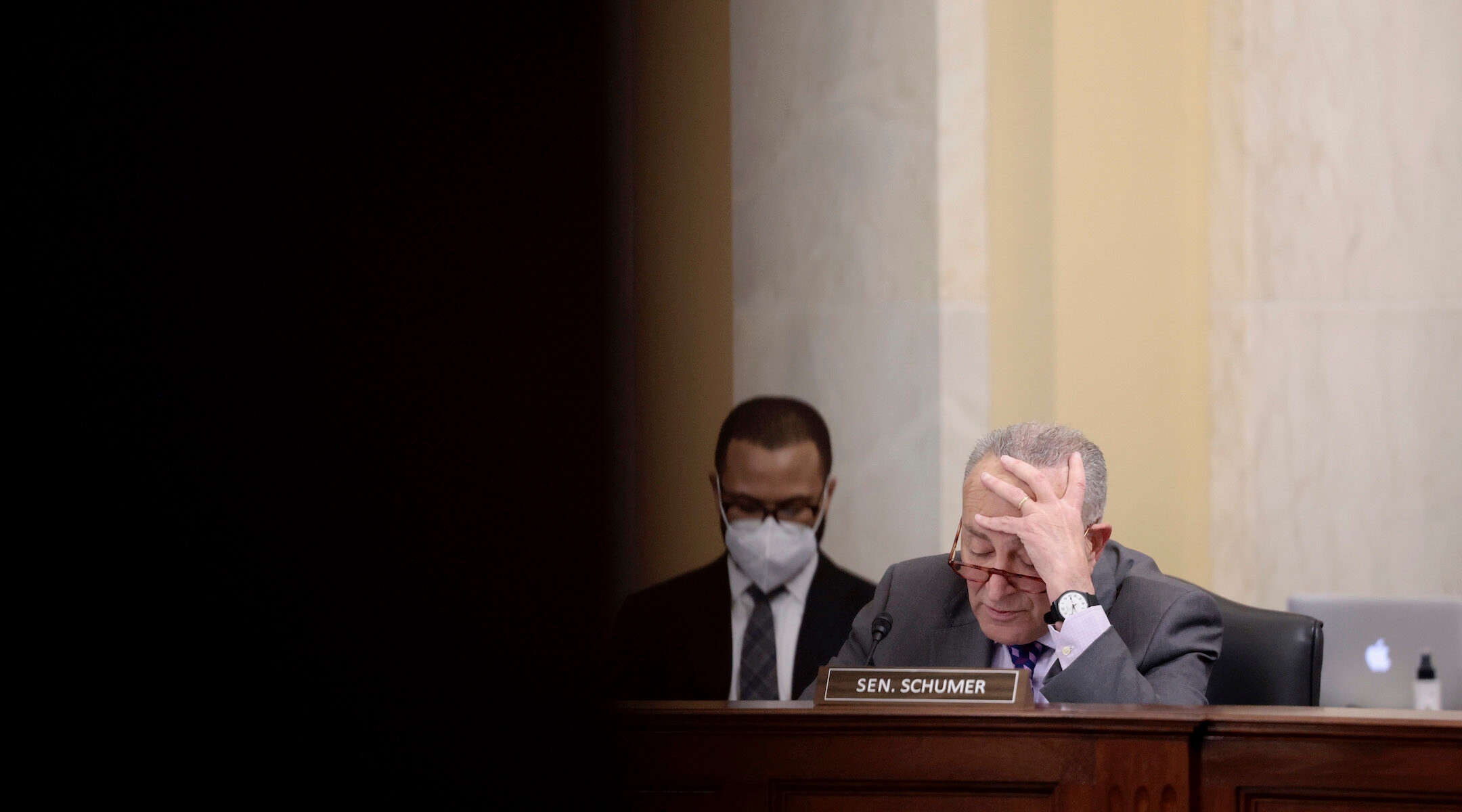 Good morning, New York. One year ago today, a violent mob stormed the Capitol to try to stop the presidential certification process. Today, our colleague Ron Kampeas reports on how the attack and the 12 months since changed the lives of various Jewish men and women, from Senate Majority Leader Chuck Schumer, who feared for his life, to the Donald Trump loyalists who continue to stand by the former president’s side.

ON SECOND THOUGHT: In a recent podcast, Jon Stewart joined others who have suggested that the goblin characters in the “Harry Potter” movie series resembled antisemitic caricatures. After the media jumped on the story, the Jewish comedian posted a follow-up video to Twitter on Wednesday, saying that he did not mean to accuse the series’ author J.K. Rowling of antisemitism. (JTA)

REMEMBERING: Jewish actress Joan Copeland, playwright Arthur Miller’s younger sister, and, yes, onetime sister-in-law of Marilyn Monroe, died in her Manhattan home on Tuesday at age 99. Copeland — who took a stage name because, as she said, “I did not want to trade on my brother’s name” — had a long and prolific career, appearing in numerous daytime soap operas and 13 Broadway plays. (The Hollywood Reporter)

MEET ME AT ZABAR’S: What do you picture when you hear “New York Jew”? The Jewish Week’s Andrew Silow-Carroll looks at the enduring stereotype, and the ways it is changing as the city’s Jewish community becomes more diverse. (New York Jewish Week)

Throughout the Holocaust, thousands of refugees from Nazi-occupied Europe sought healing and hope in Manhattan’s Washington Heights neighborhood. Join Dr. Linda Burghardt of the Holocaust Memorial & Tolerance Center of Nassau County for a presentation about the neighborhood, one that offered survivors the strength and resilience to overcome their loss. Register here. 11:00 a.m.