Anthony Weiner is back — on the radio • Sharp rise in antisemitic incidents in NYC • Yes, soup for you! 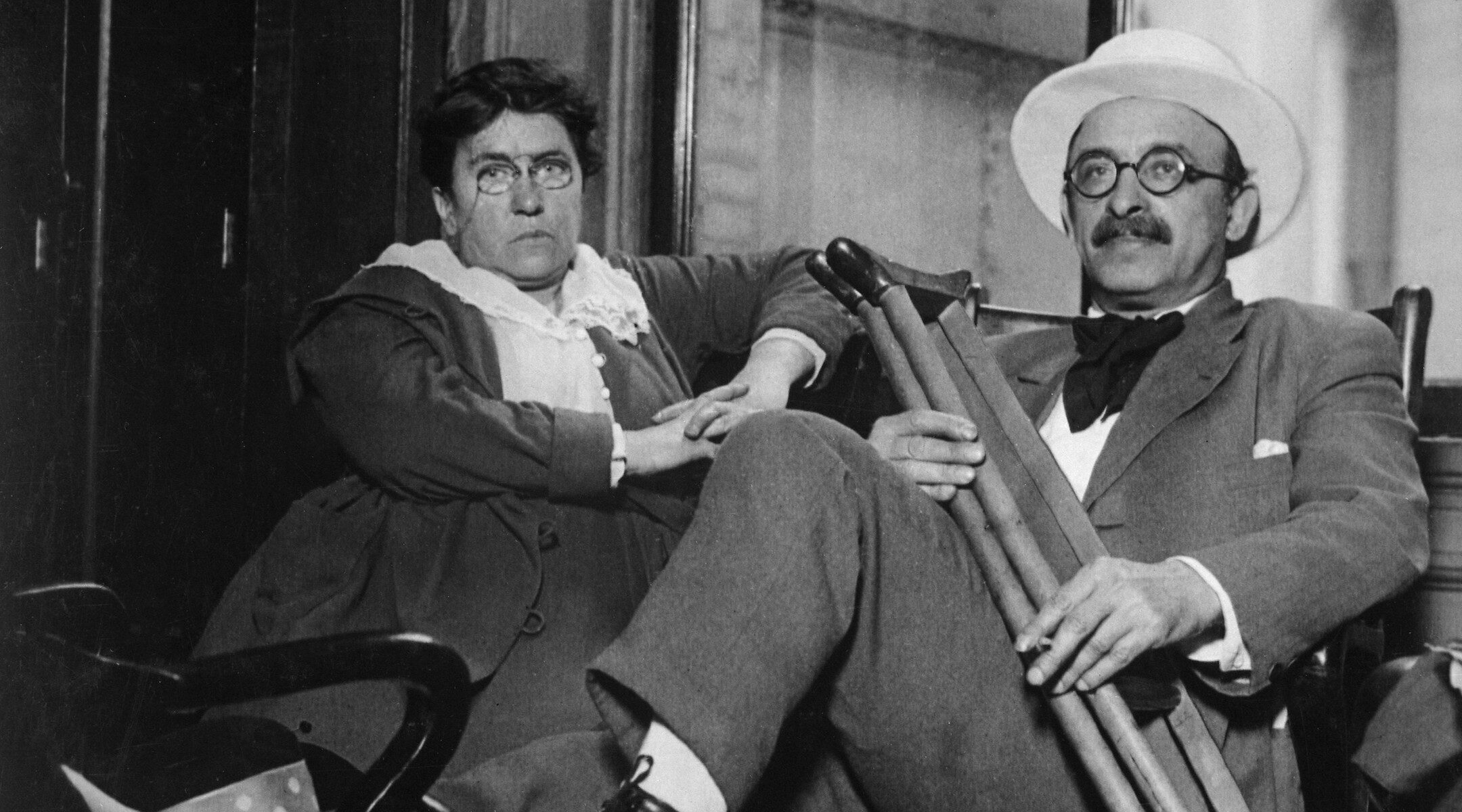 Shabbat shalom, New York. On this day in 1916, Jewish anarchist Emma Goldman (in photo, above, with her partner Alexander Berkman) was arrested in New York City while giving a lecture on birth control. She was charged under the Comstock Law, which banned transportation of “obscene” matter through the mail. The activist ended up spending two weeks in a prison workhouse.

Every Friday, The New York Jewish Week emails a downloadable, printable digest of the week’s best stories, perfect for offline reading. Sign up for “The Jewish Week/end” here. Get today’s edition here.

The best defense: New York City saw nearly three times as many antisemitic hate crimes so far in 2022 compared to the same period a year ago, according to the NYPD. The New York Jewish Week reports on a virtual town hall discussing ways to report and fight hate crimes, featuring Sen. Chuck Schumer, NYC Council member Julie Menin and other lawmakers and security experts.

Soup’s on: A new soup and cracker bar on the Upper West Side has a decidedly Jewish flavor: On the menu are a “classic Jewish” matzah ball soup, Yemenite lentil soup and Moroccan split pea soup. The vegetarian-friendly Eight Ladles is at 474 Columbus Ave (just off the corner of 83rd Street).

UJA-Federation published a compilation of professional resources for individuals grappling with mental health issues due to the pandemic. The philanthropy’s Covid-19 Impact Study in 2021 found high rates of anxiety and depression among New Yorkers. UJA’s response has included $1.5 million in funding specifically targeted to programs that help children and teens, in addition to the over $25 million it gives annually to support mental health and well-being.

The Jews of Color Initiative announced four projects for their New York Incubator Initiative (Feb.-Aug. 2022), which helps fledgling programs serving Jews of color to scale their project to their fullest potential. The four projects are the Black Mussar Va’ad/Black Jewish Liberation Collective; Kamochah, which provides accessible entry points into Orthodox Jewish life for Black Jews across denominations; LUNAR: The Jewish-Asian Film Project, and The Workshop, a Jewish arts fellowship that collaborates with Jewish institutions to create infrastructure for JoC artists.

What does it mean to be “wise-hearted”? This week’s Torah portion is in part about emotional intelligence, and how we make spaces holy by the way we treat one another, writes Roberta Rosenthal Kwall.

Dr. Deborah Lipstadt, the nominee for U.S. Department of State Special Envoy to Monitor and Combat Antisemitism, will join Temple Emanu-El’s Friday Night Live service tonight at 6:00 p.m. She will discuss the increase in antisemitism around the globe. Register here for this free, virtual event.

The Marlene Meyerson JCC Manhattan’s (virtual) Day of Kabbalah will include keynote addresses, workshops and musical performances for students and seekers at all levels of experience. Cosponsored by The Carlebach Shul. $20. To register and for more info, click here. Sunday, 11:00 a.m.-4:00 p.m.