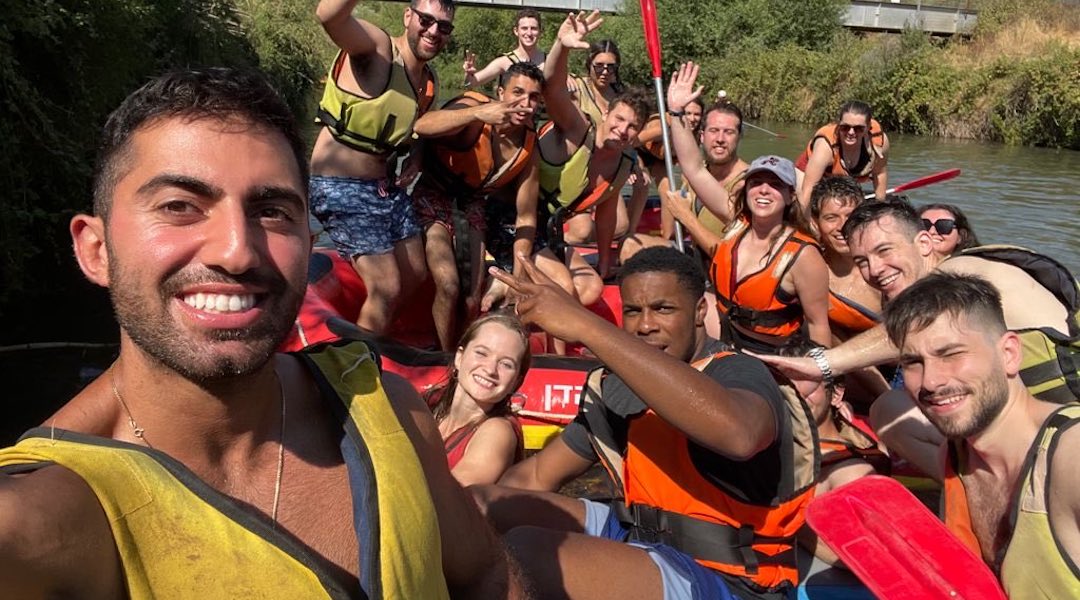 (JTA) — Jared Armstrong traveled to Israel on Birthright last year. He also spent months studying with an American Conservative rabbi in order to formally convert to Judaism, a step he wanted to take so he could move to Israel to play for the Hapoel Haifa basketball team.

That ambition suffered a serious setback Wednesday after Israeli officials for the second time rejected his application for citizenship.

According to Haaretz, which first reported on the denial of Armstrong’s appeal, the Interior Ministry told Armstrong in a letter that they believed he was converting only to play on the team. It also cited the fact that his conversion classes were held via Zoom.

Beals, who has a longtime relationship with U.S. President Joe Biden, called the decision by Israel’s government “racist.” Armstrong is Black.

The rejection of Armstrong’s conversion comes amid a string of high-profile cases in which Israeli authorities have rejected citizenship applications from Black Jews who have converted outside of Orthodox Judaism.

In December, the Interior Ministry denied an application for citizenship by a Ugandan man who converted with the Conservative Movement, despite an Israeli Supreme Court ruling last year recognizing non-Orthodox conversions performed in Israel.

And last month, a Black Jew originally from the United States won a promise of citizenship after beginning a hunger strike to call attention to his experience with Israel’s immigration bureaucracy. First, David Ben Moshe’s conversion was rejected on the oft-ignored grounds that he had not spent adequate time in the community where he converted after he became Jewish, the Jerusalem Post reported. The Interior Ministry reversed that decision amid an outcry but then rejected his citizenship because he had been convicted of a crime in the United States. Now, Ben Moshe, who is married to an Israeli and has two Israeli children, will be able to become a citizen in 2023.

Armstrong, 24, is originally from Philadelphia and was previously a member of the basketball team at Slippery Rock University in Pennsylvania. His father is not Jewish, and his mother underwent a conversion through Congregation Beth El, a predominantly Black community in Philadelphia that is not affiliated with any Jewish denomination.

Israeli basketball teams often recruit players from outside of Israel who are Jewish and can therefore become citizens. But because Israel only accepts conversions performed through recognized denominations for the purposes of immigration to Israel under the Law of Return, which guarantees Israeli citizenship to all Jews who apply for it, Armstrong had to convert.

He began the process of studying for a formal conversion with Beals, a Conservative rabbi, and began applying for citizenship while in Israel where he first arrived for his Birthright trip last year and later began playing for Hapoel Haifa. After the Interior Ministry rejected his appeal for citizenship, Armstrong will no longer be able to play for Hapoel Haifa.

Not all basketball players in Israel are Jewish. Amar’e Stoudemire was not when he played for the Hapoel Jerusalem team. He began the process of conversion after leaving the team in 2018 and formally converted to Judaism while living in Israel in August 2020. Now a coach for the Brooklyn Nets, and was recently featured in a HBO documentary speaking about his journey to Orthodox Judaism.