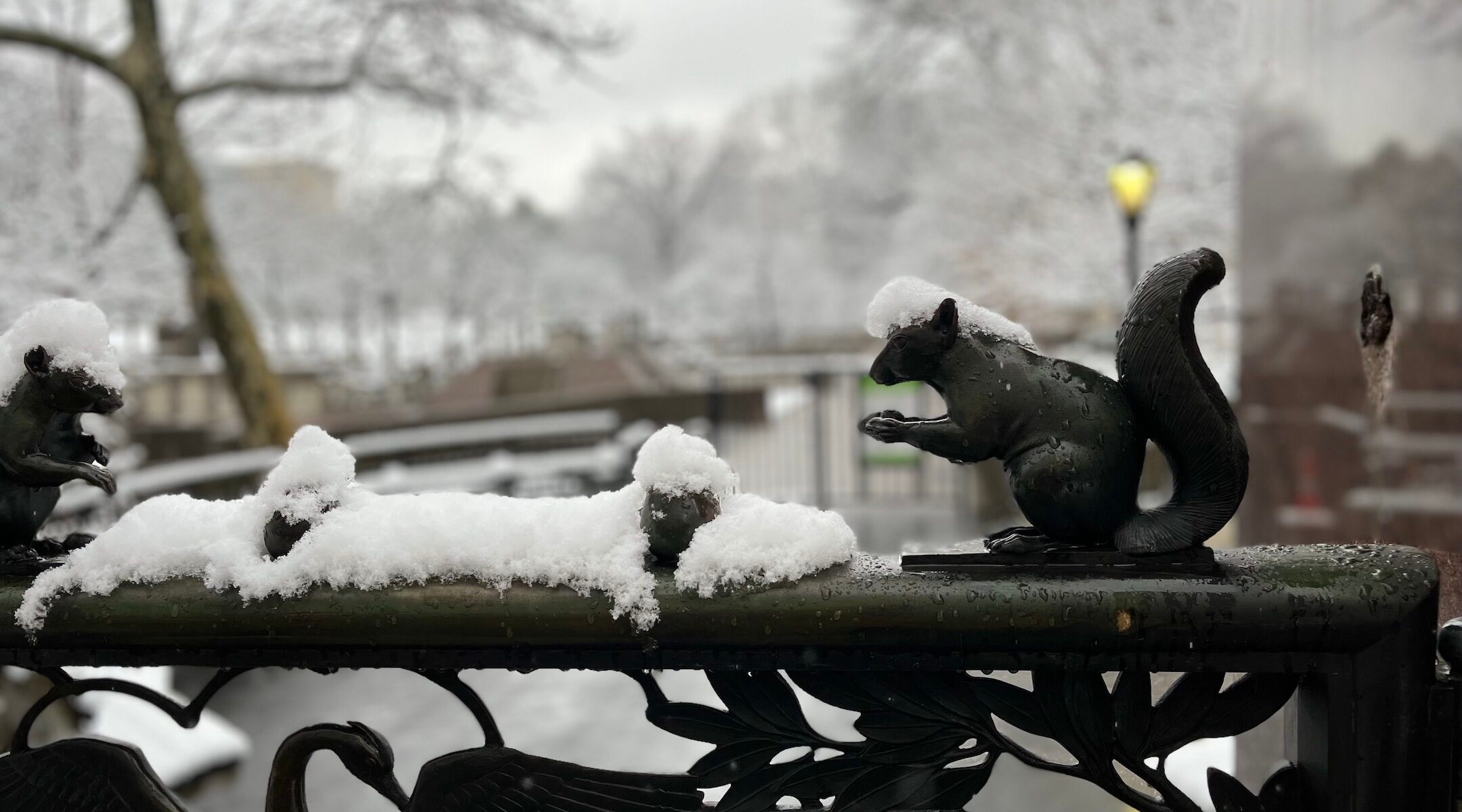 Good Monday morning, New York. A man from Brooklyn named Larry David appeared to win the Super Bowl, with a commercial for … cryptocurrency?

Happy Valentine’s Day, to all who celebrate, and happy birthday to Mike Bloomberg: The former mayor turns 80 today, and the current mayor, Eric Adams, will  present him with a key to the city this evening.

Hate crime: A man jumped out of a van and struck a Jewish boy in Flatbush Friday night, the latest in a string of street attacks on visibly Jewish New Yorkers. “We won’t let this vicious hatred go unanswered in our city,” Mayor Adams tweeted.

The new new normal: New York State’s mask mandate expired on Thursday. We report on the policy shift and the local synagogues who are again asking how far they can go in easing restrictions while keeping congregants feeling safe.

Uneasy street: A school crossing guard on the Upper West Side was suspended following a complaint that she peppered a Jewish parent and a child with antisemitic abuse. The NYPD, which hires the guards, is investigating.

Matchmaker: On this day of love, we celebrate Lilah Schwartz and Danny Reisner, one of the more than 500 couples who met as campers or counselors at Camp Ramah.

Deconstructing Shirley: Caroline Aaron plays Jewish New Yorkers in films by Woody Allen and Norah Ephron and currently is Shirley, Midge Maisel’s mother-in-law in “The Marvelous Mrs. Maisel.” But she comes from Richmond, Virginia, and as she makes clear in a JTA profile, her Southern Jewish heritage means a lot to her.

Apology: A news site covering the Lower Hudson Valley apologized for posting a promotion that local Jewish leaders said was antisemitic. The ad featured a puppeteer’s hand and a pile of cash and promoted a forthcoming story about a rabbi’s alleged influence over spending in the much-contested East Ramapo school district. Lohud.com is part of the USA Today network.

Join Dr. Edna Friedberg of the Jewish Theological Seminary to explore the varied manifestations of love — romantic, parental, platonic — during the Holocaust. The session will draw from primary sources including diaries, oral testimonies, artifacts and historical photographs. Register here. 2:00 p.m.

What do you say to a mourner? How do you share painful or unsettling news? In a three-part series, Dena Weiss of Hadar turns to biblical and rabbinic texts on “difficult conversations.” Virtual and in-person at The Hebrew Institute of Riverdale. 7:30 p.m.