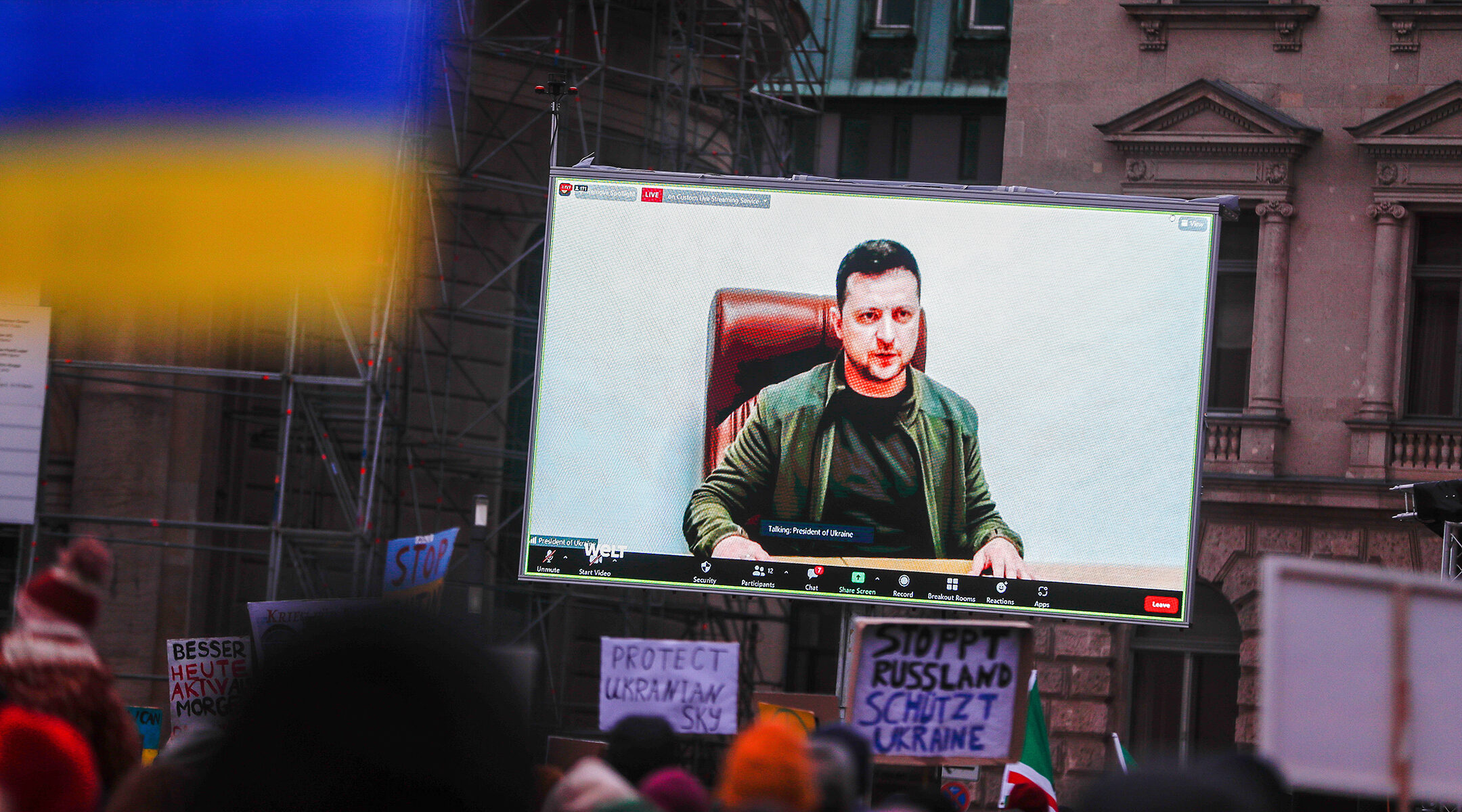 Ukrainian President Volodymyr Zelensky spoke during a live stream at the solidarity event of the International Literature Festival "For your and for our freedom!", in Berlin, March 6, 2022. (Gerald Matzka/picture alliance via Getty Images)
Advertisement

“I am grateful to Israel for their support for Ukraine,” Zelensky said, according to a translation by Sky News published by The Times of Israel. “We need the support of all countries and we were talking about the support we need now and how we are going to cooperate in the future after the war.”

Zelensky did not mention Bennett by name, nor did he mention Bennett’s meeting with Putin. Zelensky, who is Jewish, said Thursday that he does not feel Bennett “has wrapped himself in the Ukrainian flag” throughout the first weeks of the war.

Bennett met with Putin for three hours on Saturday before flying to Berlin to speak with German Chancellor Olaf Scholz. He also spoke with French President Emmanuel Macron over the phone and has spoken with Zelensky three times since the meeting with Putin.

At the beginning of the weekly Israeli cabinet meeting Sunday, Bennett said Israel had a “moral obligation” to try to negotiate between Ukraine and Russia, though he said he could not elaborate on the status of his talks with Putin and Zelensky.

“I returned from Moscow and Berlin a few hours ago,” Bennett said, according to The Times of Israel. “I went there to assist the dialogue between all of the sides, of course with the blessing and encouragement of all players.”

Israel occupies an unusual position among Western countries due to its close relations with both Ukraine and Russia. Zelensky, who is Jewish, had previously asked Israel to serve as an intermediary between the two countries.

Israel is set to send a field hospital to Ukraine this week to assist Ukrainians affected by the war.