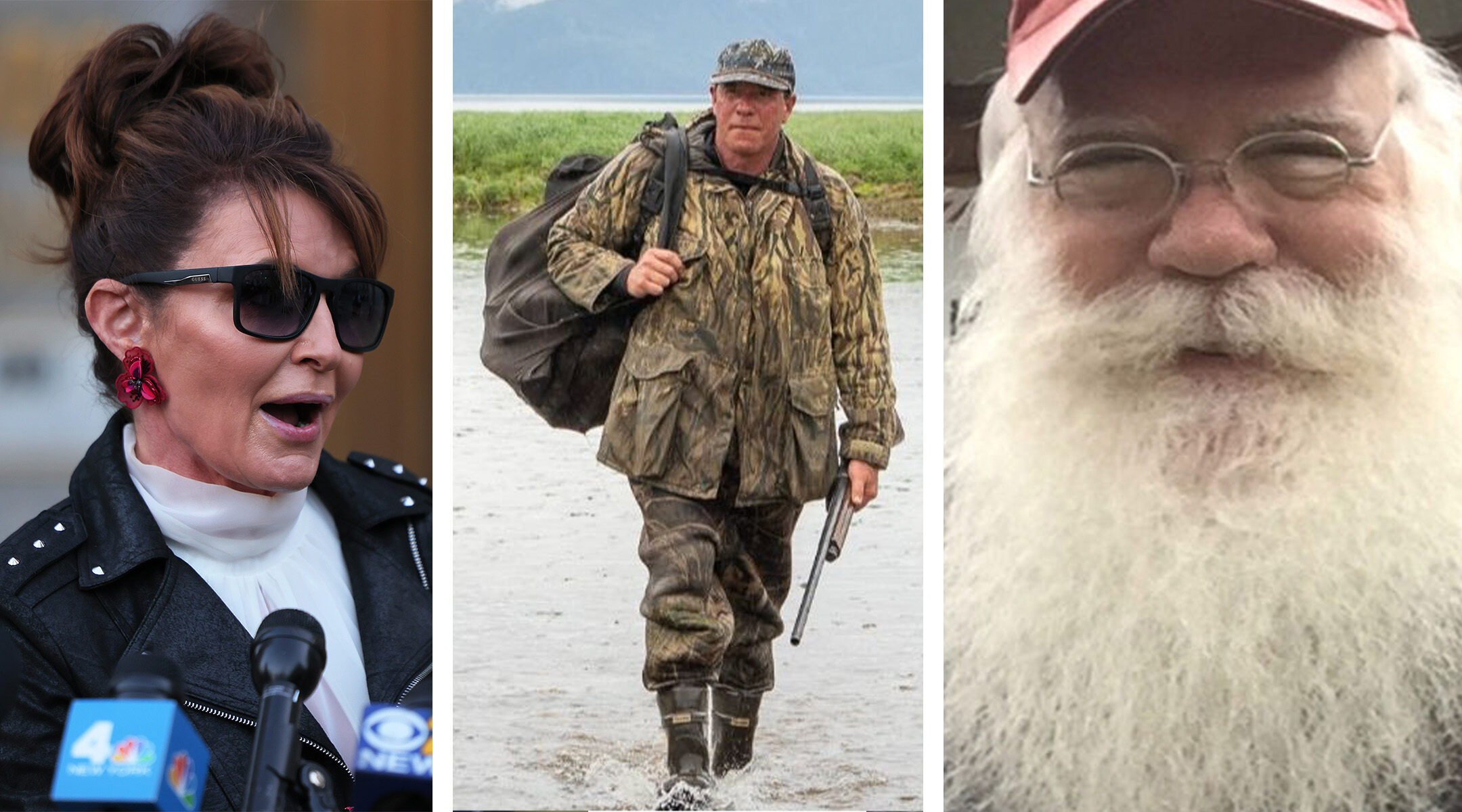 Sarah Palin, left, Al Gross, center, and a man who legally changed his name to Santa Claus, right, are all fighting for a U.S. House seat in Alaska. (Michael M. Santiago/Getty Images, Al Gross for Senate, Santa Claus for House of Representatives of Alaska)
Advertisement

Al Gross, a physician who was raised in the Last Frontier’s close-knit Jewish community, is one of 50 candidates who will be vying for the state’s lone House seat in a special election to replace Don Young, the longest-serving Republican in House history, who died last month while in office.

Gross is an independent candidate who raised more than $9 million in his unsuccessful 2020 Senate campaign, in which he was endorsed by national Democrats (and attacked with ads some deemed antisemitic).

But to win the seat, he’ll have to go through St. Nicholas himself: a city councilman in the city of North Pole (outside Fairbanks) who changed his name legally to Santa Claus from Thomas O’Connor in 2005. Claus, who did not declare a party affiliation, is a self-described “independent, progressive democratic socialist” who loves Jewish Sen. Bernie Sanders, and he told the Anchorage Daily News that, if elected, he might wear his Santa suit to Washington, D.C. He says he does not accept campaign contributions.

Claus might be the only candidate in the race with more name recognition than surprise entrant Sarah Palin, the Donald Trump-endorsed former governor, 2008 vice-presidential candidate and onetime reality TV star. Palin’s candidacy, her first since resigning as the state’s governor in 2009, has made Alaska’s first open House election in nearly 50 years an even wackier affair.

All in all, there are 16 Republicans, six Democrats, 21 Independents and a host of other party affiliations represented in a state with a famously eclectic political identity, making the race currently anyone’s game. There are even some traditional politicians in the mix.

Candidates will have to prevail in a June 11 ranked-choice primary, which Alaskans will be able to vote in by mail for the first time in the state’s history, from which the top four vote-getters will advance to an Aug. 16 general election for the remainder of Young’s term. An election for the seat’s next full term will take place less than three months later.

Gross has his own share of wacky adventures to keep voters interested: He is a onetime gold prospector who has also killed a grizzly bear in self-defense.