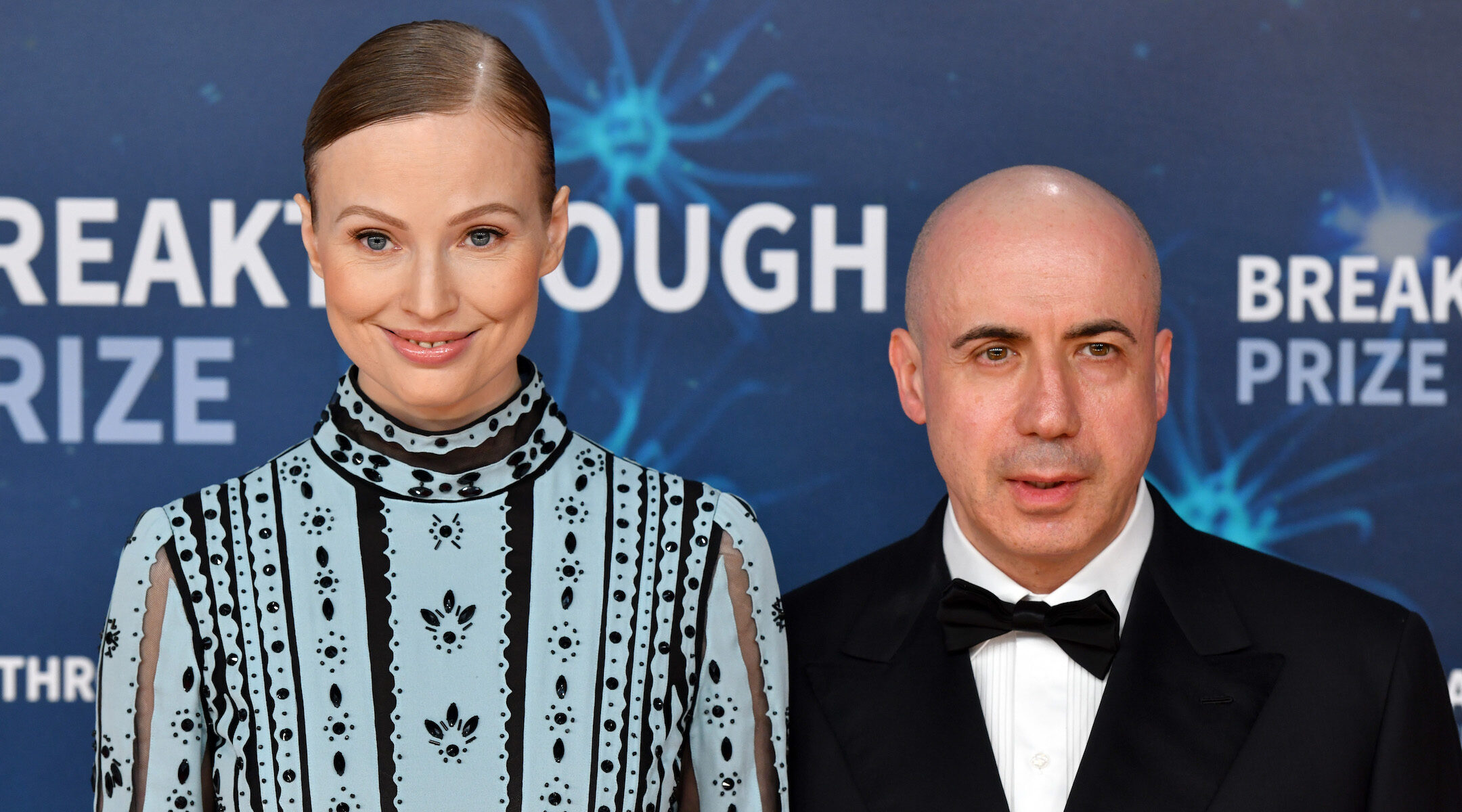 (JTA) – Yuri Milner, a Russian Jewish philanthropist who made billions in Silicon Valley with early support from the Kremlin, is pledging to donate $100 million for new efforts to aid Ukrainian refugees.

Unlike other billionaires whose wealth has been linked to the regime of Russian President Vladimir Putin, Milner has managed to avoid Western sanctions meant to punish Russia for waging war on its neighbor, and his latest donation serves to further distance him from the Kremlin.

A dual Russian and Israeli citizen who lives in California, Milner, and his wife Julia, are best known in the world of philanthropy for establishing the Breakthrough Prize to recognize and promote scientific achievement. But they have also become significant donors to various causes in Israel.

Among the beneficiaries of the Milners in Israel are the emergency response agency Magen David Adom, Tel Aviv University, Tel Aviv Sourasky Medical Center and the Peres Center for Peace.

The new Ukrainian relief efforts, called Tech for Refugees, involve a partnership between the Milner’s Breakthrough Prize Foundation and private companies, including short-term housing from Airbnb, hospital beds and emergency medical equipment from Flexport and, from music streaming service Spotify.

“We have been devastated by the heartbreaking suffering of the Ukrainian people,” the Milners said in a statement. “We believe that this initiative, in partnership with some of the world’s most creative technology companies and organizations, can provide practical assistance for people living in turmoil outside their homeland.”

Fellow Russian Jewish philanthropists like Roman Abramovich and the trio of billionaires behind the Genesis Prize were slapped with Western sanctions in recent weeks, even after announcing donations for relief efforts in Ukraine. But their ties to Putin are seen as far more immediate and recent than those of Milner, who says he broke off ties with the Kremlin years ago.