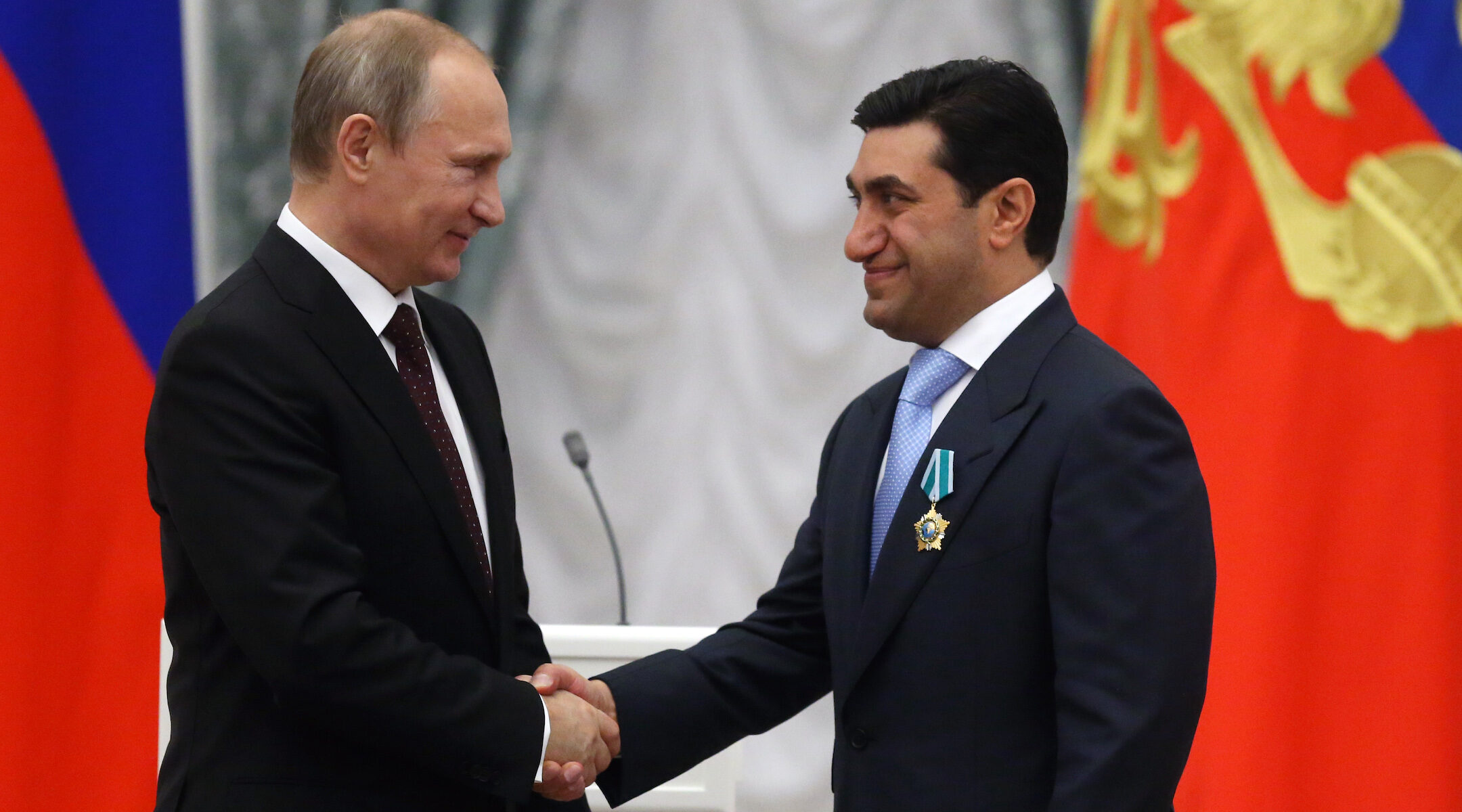 (JTA) — Another Russian Jewish oligarch and philanthropist became ensnared in Western sanctions as the United States announced on Thursday a new round of punitive measures targeting the regime of Russian President Vladimir Putin over its war against Ukraine.

On the latest list of sanctioned individuals was God Nisanov, an Azerbaijan-born real estate developer whom Secretary of State Antony Blinken called “one of the richest men in Europe and a close associate of several Russian officials.”

Hours after the announcement, the World Jewish Congress announced that Nisanov had been removed from the organization’s leadership because of the sanctions.

“The World Jewish Congress reiterates and reaffirms that no one who is included on any list of sanctioned individuals by the United States, the United Kingdom or the European Union in relation to the conflict in Ukraine can hold any position or play any role in the organization,” the announcement said. “Accordingly, God Nisanov is no longer a WJC vice president and has ceased to serve on the WJC Executive Committee.”

Born in Azerbaijan, Nisanov is perhaps the most prominent member of that country’s community of Mountain Jews. As the director of the Association of Mountain Jews, he has sponsored various efforts to support the community, including the establishment of a museum and cultural center in Moscow.

He has donated to Jewish schools and other projects and has been affiliated with the Russian Jewish Congress and the Federation of Jewish Communities of Russia.

He was honored at the Kremlin in July 2014 when Russian President Vladimir Putin awarded him the country’s “Order of Friendship” for his work on economic development projects. That detail was included in a biography that was deleted from the World Jewish Congress website Thursday.

From the moment the United States and other Western power moved to sanction Russia over its actions in Ukraine in February, several Russian Jewish oligarchs were high on the list of anticipated targets. Nisanov’s name, for example, appeared on a list of such targets produced by the Treasury Department back in 2018.

The sanctions on Nisanov come after similar measures were imposed on peers in Russian Jewish philanthropy such as Roman Abramovich, Moshe Kantor and the trio behind the Genesis Philanthropy Group. Kantor resigned as president of the European Jewish Congress after being sanctioned by the United Kingdom in April; that group is the World Jewish Congress’s European affiliate.