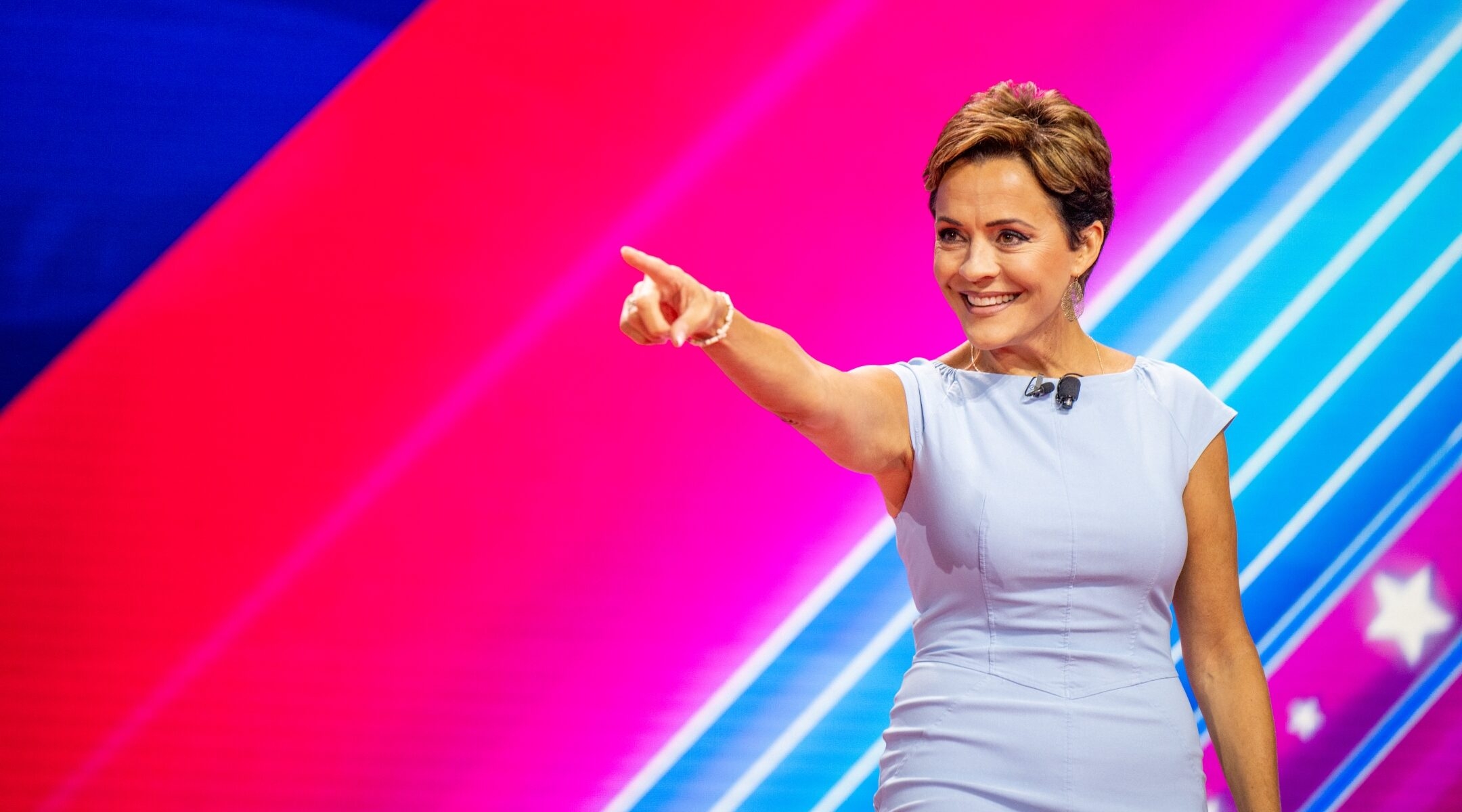 (JTA) — Kari Lake, the Republican nominee for Arizona governor, said she would withdraw her endorsement of a candidate for Oklahoma’s state senate if she verifies that he made a series of antisemitic statements.

Lake told Axios on Monday that the military record of Jarrin Jackson, a candidate running for Oklahoma’s state senate, had persuaded her to give him her endorsement, but she said that she was not aware of his statements on Jews and LGBTQ people, which she denounced.

Media Matters, a liberal media watchdog, found postings by Jackson to Telegram, a social media site favored by some far-right groups, in which he declares that he is not “beholden” to Jews, and repeats conspiracy theories about the Rothschilds, the Jewish family that has for centuries been a focus of antisemitic tropes.

In one entry, Jackson faulted a Christian film for not naming what he considers to be threats to Christianity.

Lake told Axios’ local Phoenix newsletter that Jackson’s record in Afghanistan impressed her, but she was not able to do a deep dive into his beliefs.

“It is impossible to dig into everything someone has said in their life,” she said in a statement. “If his reported comments are true, I obviously rescind my endorsement. I respect Jarrin’s service to our Nation, but clearly denounce that kind of derogatory language. Let me be clear: Our great movement welcomes anyone and everyone who wants to fight for a better future.”

The Jewish Community Relations Council of Greater Phoenix last week called on Lake and Mark Finchem — the Republican nominee for Arizona secretary of state who has also supported Jackson — to rescind their endorsements.

“We are judged by our relations, and the company we keep,” said Paul Rockower, the JCRC’s executive director. “There is no room for support for antisemitic bigots from those who want to lead Arizona.”

Finchem has not responded to calls to denounce Jackson.

Lake last month rejected the endorsement of Andrew Torba, the antisemitic founder of Gab, a social media site favored by extremists that was used by the antisemitic gunman who killed 11 worshippers at the Tree of Life synagogue in 2018.

Finchem welcomed Torba’s endorsement. So did Arizona State Sen. Wendy Rogers, who has also endorsed Jackson. Rogers is known for her own forays into antisemitic rhetoric, and the JCRC’s Rockower said it was not worth making any requests of her.

“We are further disgusted by Wendy Rogers’ endorsements of Jackson,” he said in an email. “We are not going to bother asking Rogers to rescind her endorsement or issue a denunciation because her antisemitism is well-documented — we know who she is, and what she stands for.”