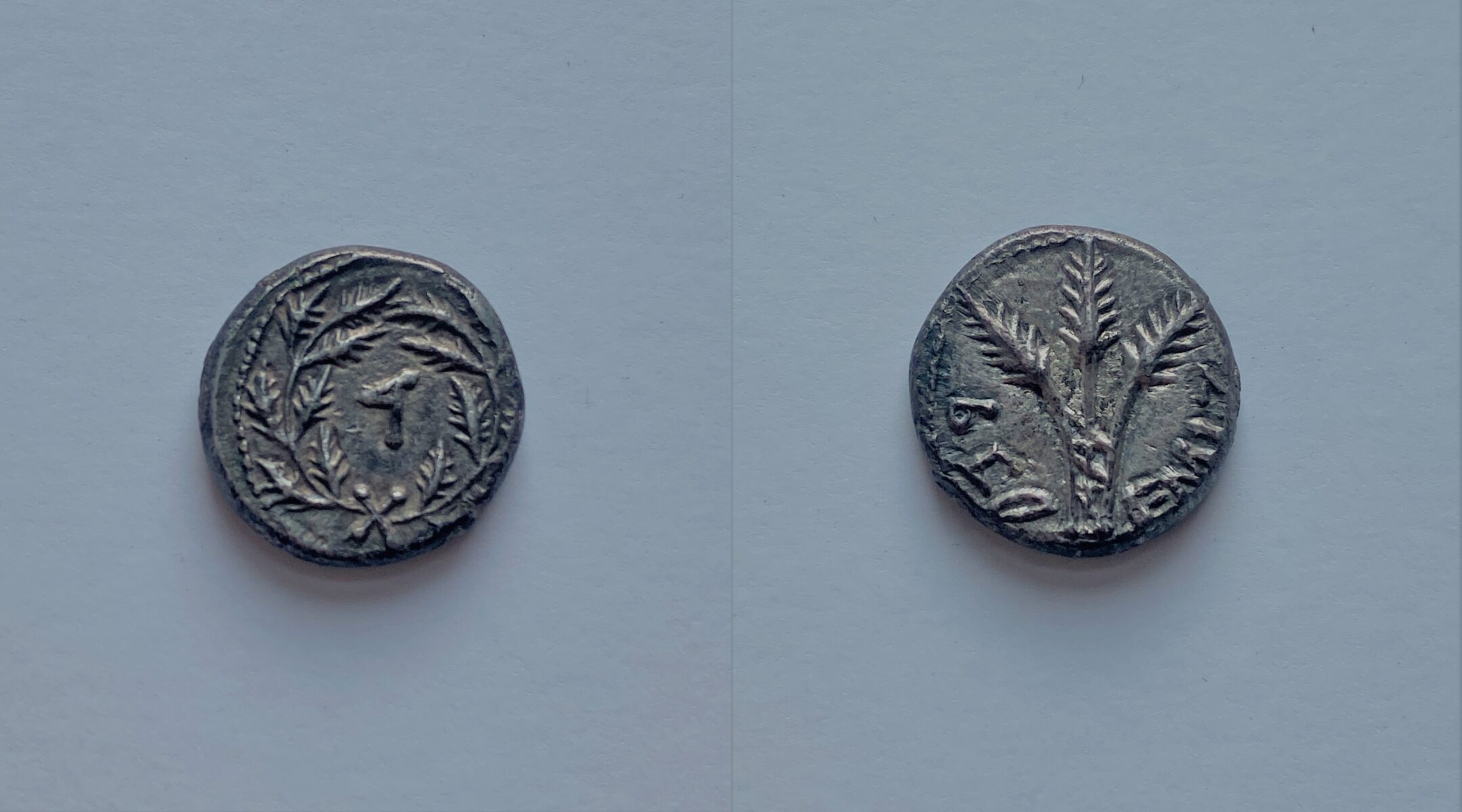 This silver coin is a relic from the Jewish uprising against Roman rule known as the Great Revolt. (Courtesy of the Manhattan District Attorney’s Office)
Advertisement

(JTA) – A rare silver coin minted by Jewish rebels in defiance of the Roman empire during the Great Revolt rebellion 2,000 years ago was looted from an archaeological site and traded on the black market. Now, after years of work by American and Israeli investigators, the coin is going back to Israel.

On Monday, the Manhattan District Attorney’s Office announced that after a years-long legal process, the coin was handed over to Israeli authorities during a recent repatriation ceremony.

Dating to the year A.D. 69, the coin is a quarter shekel stamped with palm branches, a wreath, and the number four, marking the fourth year of the Great Revolt.

The coin is considered an extremely rare sample from a currency that was in circulation for only a few years while Jews fought against the rule of Rome. In the year after the coin was minted, Roman forces plundered and burned down the Temple Mount. The Jewish rebellion ended in 73 A.D.with the fall of Masada.

“Coins like this were a very in-your-face declaration of independence by the lands of Israel,” Ilan Hadad, a numismatics investigator and archaeologist with the Israeli Antiquities Authority, told The New York Times. “They made them by scratching out the images of emperors on Roman silver coins and restamping them.”

Word of the looting of the coin from a site in the Ella Valley reached the Israel Antiquities Authority in 2002 through informants. Investigators remained on the coin’s track for years as it was smuggled abroad. Eventually, it landed with collectors in London who put it up for sale at the auction in Denver, presenting the auction house with false documentation of the item’s origin. Officials have not named the collectors.

Thousands of Jewish coins from the Great Revolt are in existence today but there are only three other known quarter shekel pieces, which is what made this case of looting especially significant.

“We are honored to return the Quarter Shekel, an exceedingly rare coin that has immense cultural value,” Manhattan District Attorney Alvin Bragg said in a written statement.