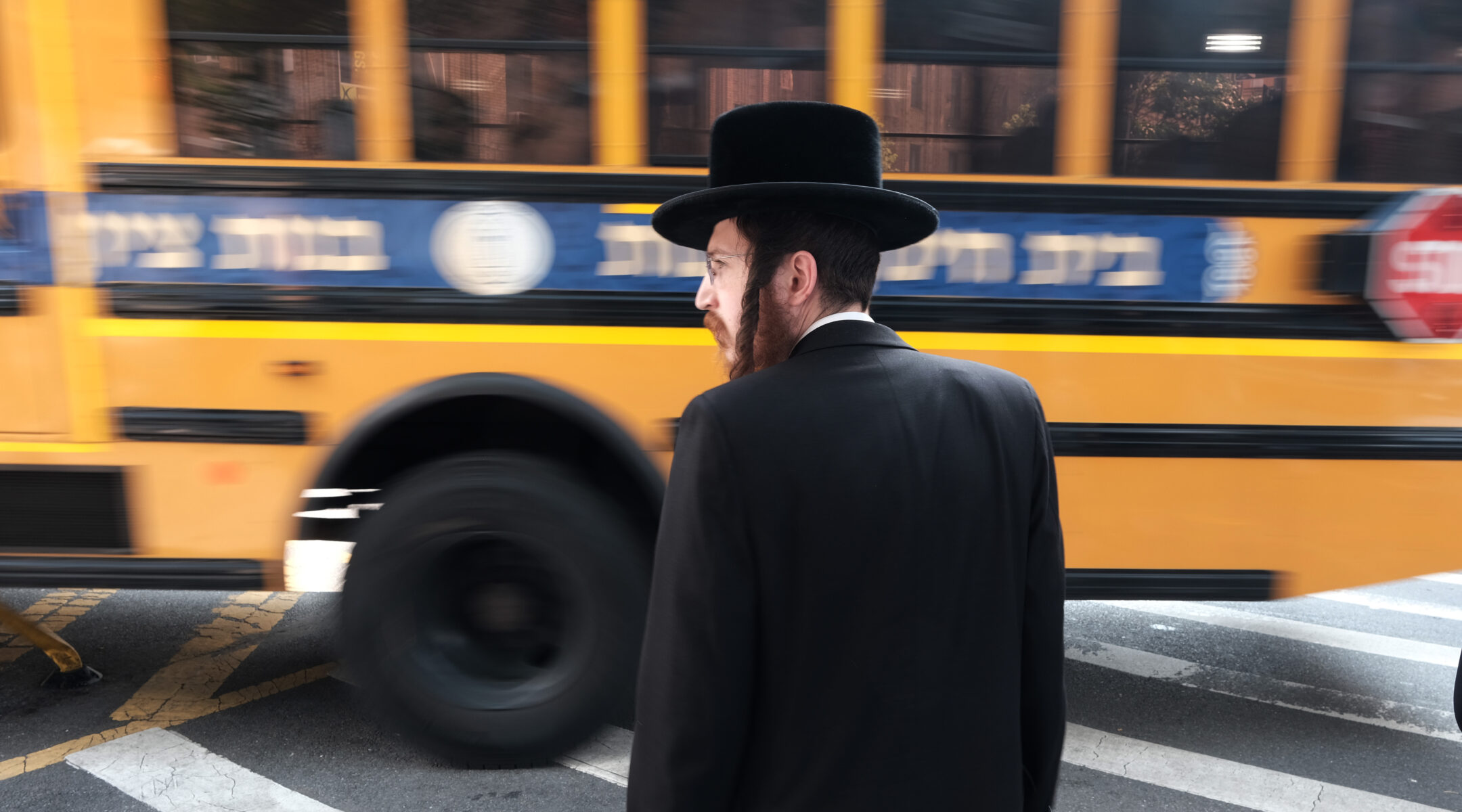 (JTA and New York Jewish Week) — On Sunday, the New York Times reported on the dismal state of secular education at many Hasidic yeshivas. For us, to quote a famous New York Yankee, it felt like déjà vu all over again. The Times’ investigation found that despite being subject to regulations mandating an education “substantially equivalent” to that offered by public schools and over $1 billion dollars in government funding in the past four years alone, these boys’ schools were teaching hardly any English or math, and no other so-called “secular” subjects.

We found the same thing, back in 2015, when we undertook a six-month investigation into the issue, which ran concurrently in the New York Jewish Week and on WNYC as a four-part series.

Apparently, nothing has changed in the intervening seven years. It’s hardly surprising. This has been going on for decades. In fact, one of us (Winston), began doing Ph.D. research in 2003 on people leaving Hasidic communities, and learned then how little instruction Hasidic boys received in basic English and math — and none at all in history, civics or science — and what that meant in particular for those seeking to make lives outside the Hasidic community. She also learned that most relevant government officials and bureaucrats knew this to be the case but had no interest in acknowledging it publicly, let alone advocating for change. The media were similarly quiet on the issue, with editors and producers privately citing fears that reporting on it would draw accusations of antisemitism. Also, back then it was harder to find insiders who would go on the record about their experiences.

That changed in 2012, when a formerly Hasidic man named Naftuli Moster began making some noise, founding Yaffed, a nonprofit that advocates for improved secular education in Hasidic and haredi yeshivas. Moster’s work both educated and gave the media a way to cover the issue: He filed FOIA requests and gathered statistics; badgered public officials in person and in writing; spoke out at public hearings; filed lawsuits and generated reports. He made himself a thorn in the side of Mayor Bill de Blasio and ultimately forced the city to do its own investigation into these schools, launched in July 2015.

For our story, we interviewed dozens of people who had been through Hasidic schools or had taught in them, experts in the field of education, and lawyers whose work focuses on civil rights and the separation of church and state. We spoke with community activists and regular Hasidic people who believed in the Hasidic education system and felt that the government should butt out.

The rest either declined to comment or did not return repeated messages.

Except for Daniel Dromm. A longtime educator, the Queens councilman called for a more stringent yeshiva investigation and appeared with Moster at Yaffed news conferences.

“We can’t have students leaving schools in New York City that can’t speak English, that have no idea of science or history or social studies,” Dromm told us. “That is not allowed by the state and we cannot continue to allow that to happen.”

Seven years later, we are seeing the same mix of silence and lip service. In New York magazine, Ross Barkan inventories political leaders’ responses to the New York Times investigation, with most either ignoring or obfuscating the article and a few calling for change.

Gov. Kathy Hochul went with passing the buck, saying: “We believe that every child in the state of New York deserves to have a very high quality of education. People understand that this is outside the purview of the governor. There is a regulatory process in place, but the governor’s office has nothing to do with this.”

Rep. Jerry Nadler, whose Manhattan-Brooklyn district includes most of Borough Park, told the New York Times,  “It is a paramount duty of government to make sure that all children — whether it’s those educated in parochial, private or public schools — are provided a quality education. It is our duty to all New York students to ensure that the law is enforced.” He didn’t, however, go into any specifics.

Rep. Hakeem Jeffries, whose Brooklyn district is near Hasidic Crown Heights, called for “a rigorous inquiry in order to make sure that the health and well-being of all children is protected.”  He didn’t address the fact that an inquiry has already been done, with little effect.

Other New York Democratic officials either did not respond to New York Times inquiries or declined to comment on Monday about the Hasidic schools, including Sen. Chuck Schumer, senate majority leader; Sen. Kirsten Gillibrand and Rep. Sean Patrick Maloney, chief of the House Democratic campaign committee.

As for New York’s current mayor, Eric Adams, a spokesman told the New York Times “that he believed schools should be culturally sensitive and meet high standards.” He also said  the administration would complete the investigation that stalled under de Blasio. To us, this sounds like more stalling.

In 2015 the Jewish Week/WNYC investigation moved forward what resulted in an incomplete investigation into the schools by the New York City Department of Education that essentially changed nothing. Will the investigation by the New York Times, with its exponentially higher outlay of resources and readership, be able to spur an earnest push by lawmakers for oversight of these schools? (The New York Times has roughly 100 million registered users and 10 million paid subscribers, according to the paper. By comparison, in 2015 the Jewish Week had roughly 50,000 print subscribers and 25,000 email newsletter subscribers; WNYC has roughly 1.6 million weekly radio listeners and 1.3 million monthly visitors to its website.)

Despite increased visibility for the problem, our guess is that after elected officials’ proclamations and hand-wringing dies down, they and education officials will continue on their well-worn path of doing nothing.

Meanwhile, another generation of Hasidic men will likely graduate high school with fragmented English and fourth-grade math, with essentially no knowledge of science and an understanding of history acquired primarily through religious texts, while another generation of politicians continues to choose campaign contributions and voting blocs over education oversight and a person’s ability to support themselves.

Another, more hopeful, scenario may be possible, however. Our reporting has led us to believe that there are not insignificant numbers of average Hasidic people who both love their way of life and also agree with Moster about the need for better secular education for their children. These folks see no conflict between the practice of Hasidic Judaism and learning English, math and other subjects that can lead to better employment opportunities and fuller participation in civic life. Most remain quiet, fearing ostracism or worse for appearing to be aligned with someone like Moster, who is routinely demonized by community activists as anti-haredi. But there is an albeit small possibility that the New York Times story may give such people courage to come out of the shadows and band together to demand more from their yeshivas. And that kind of grassroots effort could do more to effect change than any politician or new government regulation ever could.

Amy Sara Clark
is a freelance journalist living in Brooklyn with her husband and two Jewish day-school-attending children. She is a former investigative reporter and deputy managing editor at The Jewish Week and holds a master's in journalism from Columbia University. She has covered politics and education for daily news outlets including The Journal News (White Plains), CBS, and the Jersey Journal (Jersey City).

Hella Winston
is a sociologist and investigative journalist. She is the author of "Unchosen: The Hidden Lives of Hasidic Rebels" and lives in New York City.
The views and opinions expressed in this article are those of the author and do not necessarily reflect the views of JTA or its parent company, 70 Faces Media.