Israel’s election today and its high stakes for democracy, explained Benjamin Netanyahu, on right, is poised for a comeback with the help of Itamar Ben-Gvir, on left. Current Prime Minister Yair Lapid, center, is his main rival.(Getty Images)
Advertisement

(JTA) — Israeli Prime Minister Yair Lapid was all smiles on Thursday, as he signed a long-delayed maritime deal with Lebanon, an adversary in the region. “It is not every day that an enemy state recognizes the State of Israel,” he boasted at a cabinet meeting.

Despite helping oust Israel’s polarizing and longtime face on the world stage, Benjamin Netanyahu, from power for the first time in 12 years, Lapid and his governing coalition haven’t achieved any of their main goals: standing the test of time, overcoming parliamentary deadlock and pushing Netanyahu out of the realm of political relevance.

As of this week, Netanyahu is poised for a comeback in an election slated for Tuesday, Nov. 1, the country’s fifth in three years. Polls show Netanyahu’s right-wing Likud party is several seats ahead of Lapid’s center-right Yesh Atid, with his potential coalition of parties also in the lead (but stuck around 60 seats, one short of the ruling threshold in a parliament of 120).

Even though Netanyahu will only have been out of the prime minister’s office for 16 months, experts are calling this his last stand. Some Likud members have begun to doubt his staying power, and at 72, health issues have crept into the news. To form a coalition large enough to govern, he’ll need the help of far-right extremists who have set off alarm bells for Jews throughout the Diaspora.

But without huge gaps in policy between Netanyahu and Lapid, Tuesday’s vote is another referendum on the leader so central to Israel’s recent history that some of his followers call him a “king.” Here’s a breakdown of the dynamics at play.

Since 2019, the Netanyahu camp (Israel’s largest political faction, the hawkish right wing, along with other religious, nationalist and West Bank settler supporter parties) and the anti-Netanyahu camp (a spectrum of left-wing to center-right parties that disagree on some policy but agree that Netanyahu is a threat to Israeli democracy — more on that below) have split the national vote pretty evenly in a series of elections. Neither camp has had an easy time in forming a coalition with the magic number of at least 61 seats — the smallest of majorities, which still does not allow for easy governing — in years.

That trend is set to continue.

As of Thursday, most polls have Netanyahu’s Likud winning 31 or 32 seats, and Lapid’s Yesh Atid at anywhere from 24 to 27 seats. Netanyahu’s likely coalition, with the help of an extremist party faction that is polling third (at 13 or 14 seats), sits around 60 seats, while Lapid’s likely coalition tops out around 56. Neither have a current path to the necessary 61 or higher number.

A far-right figure is changing the game

Last June, Itamar Ben-Gvir’s Jewish Power (Otzma Yehudit) party squeaked into parliament, gaining just over the required 1.5% of the vote requirement. This year, an alliance between Jewish Power and the Religious Zionist Party holds the key to Netanyahu’s success — he needs their whopping 13 to 14 projected seats to have a chance at forming a coalition.

If the Netanyahu bloc prevails, the most extreme lawmakers in parliament since Meir Kahane — an openly racist, anti-Arab extremist agitator who has greatly influenced Ben-Gvir — would almost certainly be given leadership positions for their pivotal help in securing a victory. Jewish leaders around the world worry that the development would usher in a new era of Israeli politics, in which belligerent and at times violent opposition to Arab advancement in society and religious pluralism could become normalized.

RELATED: The rise and rise of Itamar Ben-Gvir, the far-right politician holding the key to Israel’s next coalition

Ben-Gvir, a provocateur who has been charged with crimes more than 50 times and convicted in eight cases, espouses an ultranationalist vision of a Jewish state; he says he has tempered his views and would allow anyone “who’s loyal” to Israel to remain. His political partner, Bezalel Smotrich of the Religious Zionist Party, opposes gay marriage, has called Reform Judaism “fake” and once said that some violence against Palestinians is not terrorism.

Some American Jewish groups that spoke out against Ben-Gvir in previous elections have remained silent this time, in a tacit acknowledgement of how widely he has been accepted in Israel. But others, as well as pro-Israel American lawmakers, both Jewish and non-Jewish, are warning about his rise. 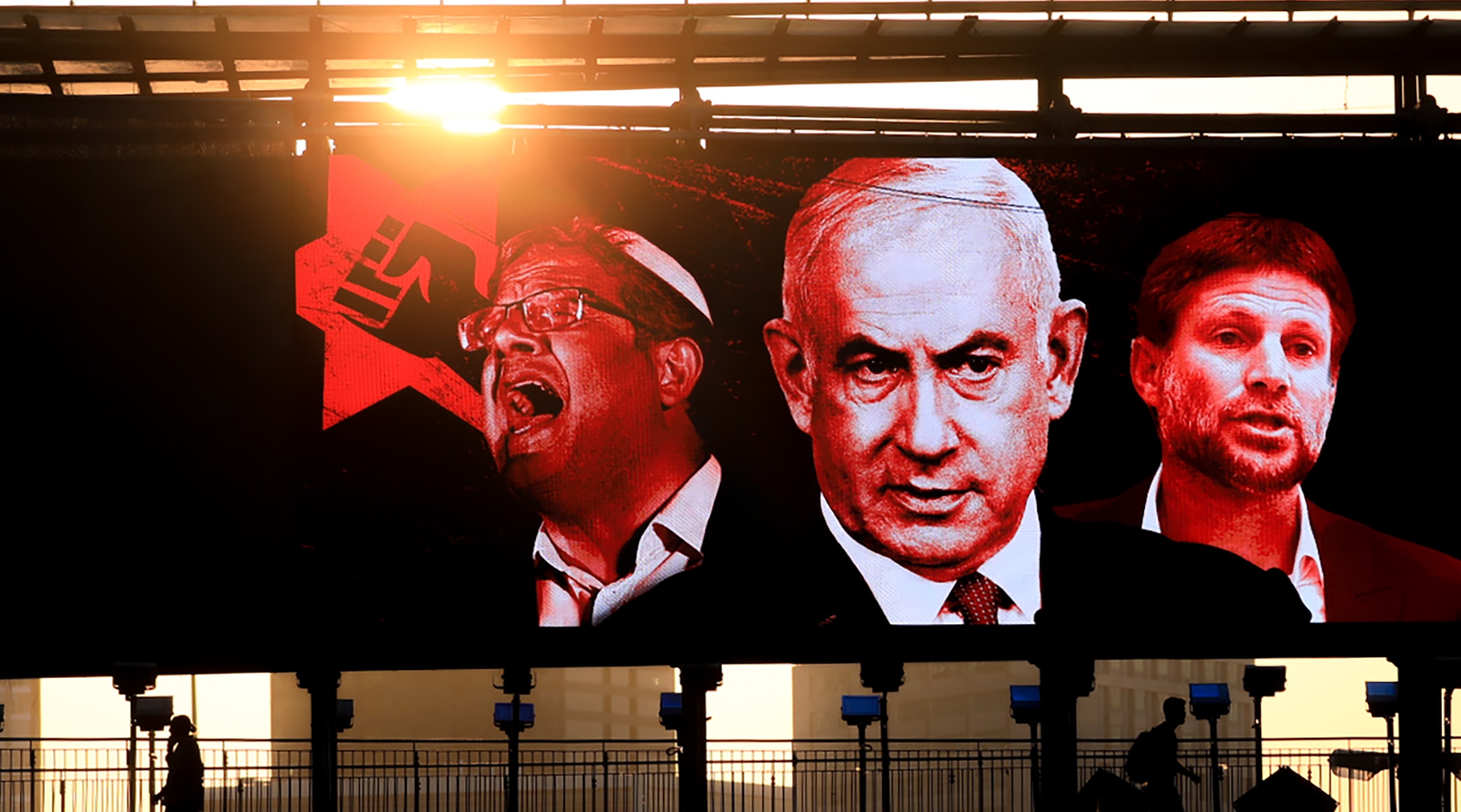 “I think it definitely will cause a distancing and a disaffection of many, many people who feel very, very committed and very strongly supportive of Israel,” Rick Jacobs, head of the Union for Reform Judaism, told the Jewish Telegraphic Agency earlier this month.

Many Israelis are also worried about what a Ben-Gvir-influenced government would mean for women. A video of a woman saying that Israel would become hostile to women, the way things are in Iran — where widespread protests over the past month and a half over women’s rights have led to over 200 deaths — has circulated on social media this week. That message has made its way to the political mainstage as well.

Several issues are on the table this election cycle, from Israel’s high cost of living to escalating violence in the West Bank to Russia-Syria-Iran-Ukraine policy. But the one driving the main contemporary split in Israeli politics — whether one is for or against Netanyahu — involves broader concepts about democracy in Israel.

Netanyahu was charged with bribery and fraud in 2019, becoming the first sitting prime minister to be indicted. But verdicts in the three cases against him are not expected for at least another year, and Netanyahu has been waging a behind-the-scenes battle to clear a path for changes to immunity laws — essentially to shield himself from the criminal charges he’s facing.

In response, Netanyahu’s detractors argue that he is too corrupt to govern and that his plans would irrevocably damage Israel’s legal system.

“Should Netanyahu win this election, Israel will be like Hungary,” Hebrew University political scientist Gayil Talshir told The Washington Post, referencing Viktor Orban’s consolidation of power in his central European country. Orban has been prime minister since 2010 and in that time has rolled back press freedoms and the independence of the state’s judiciary.

The Arab vote is an X factor

It’s an idea repeated almost every election: The Arab-Israeli vote could help make or break coalitions. After all, about one-fifth of Israeli voters are of Palestinian descent.

That vote certainly tipped the scales last year, as Ra’am (the United Arab List) pledged its four seats to the diverse group of parties that unseated Netanyahu, becoming the first Arab party to join an Israeli governing coalition in the process. The party’s leader, Mansour Abbas, who has been highly critical of Israeli leadership, has said, “I wanted to stop demanding and start doing.” 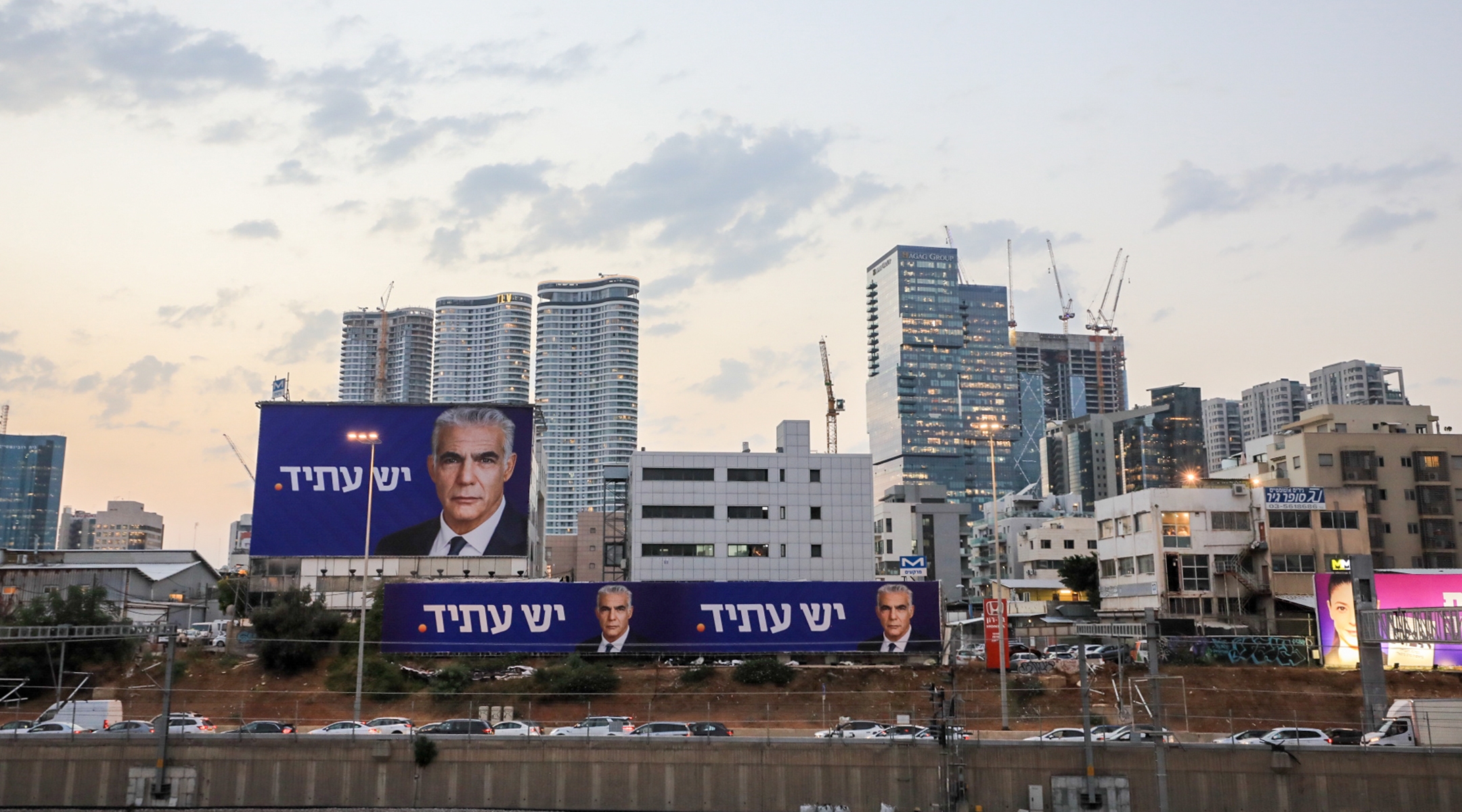 But after that coalition failed to enact any policies that Abbas can point to as significant victories — on sweeping core issues such as discrimination and income inequality — some analysts believe Arab voter turnout could be depressed this year. In addition to four seats again this year for Ra’am, polls show another Arab list earning an additional four seats, bringing overall Arab representation to eight; the high outcome for Arab parties was 15 seats in 2020.

The opposite — a surprisingly high Arab voter turnout — could swing momentum in Lapid’s favor. One poll released Thursday found that the percentage of Israeli Arabs who plan to vote has jumped from 39% to 50% in just a month, thanks to get-out-the-vote campaigns and a fear of the consequences of a far-right government.

Could there be a non-Netanyahu or Lapid alternative?

Benny Gantz, currently defense minister, is another wild card in the equation.

A former chief of the Israel Defense Forces who is currently defense minister, Gantz entered politics and ran as the leading center-right alternative to Netanyahu in two elections, in 2019 and 2020, that ended in deadlock. After months of maneuvering resulted in both sides without a viable coalition, and the early days of the COVID-19 pandemic left Israel’s government in desperate need of an approved budget, Gantz decided to form a unity government with Netanyahu — which would also eventually collapse under the weight of disagreement.

With his standing and party representation in parliament diminished, Gantz sat on the sidelines as Lapid and his fellow power broker Naftali Bennett worked to assemble the 2021 coalition that toppled Netanyahu.

But analysts note that this time around, if both Netanyahu and Lapid fail to form a coalition, Gantz could be given a shot. He is heading the National Unity slate, an alliance of his Blue and White party and former Likud member Gideon Saar’s New Hope party. The slate should win about 12 seats, polls say.

Given Gantz’s closeness with haredi Orthodox parties — something Lapid lacks — Gantz could form an alternative government with them and a series of Likud defectors who are fed up with Netanyahu’s repeated failures to secure clear wins. It’s unclear how many — if any — Likud members would join such a coalition, so it’s also unclear how strong a Gantz challenge would be.

Two formerly prominent names who are not in the running: Bennett and Ayelet Shaked.

RELATED: Ayelet Shaked was a right-wing star in Israeli politics. Now the right is rising without her.

Bennett, who served a brief term as prime minister before Lapid, decided to retire from politics, at least for now. Shaked, once a rising star on the right who reshaped Israel’s judiciary as justice minister, is not polling high enough to make it into parliament this year; right-wing voters feel betrayed by her decision to join forces with an Arab party in the previous coalition.

Many Israelis are pessimistic about politics right now

However things shake out on Tuesday, it seems clear that the constant tide of elections, coupled with the dynamics underlying this one, have taken a toll on many Israelis. A poll released Friday found that 39% of Israelis say they won’t trust the election results, whatever they are, and trust in Israeli democracy is near an all-time low.

And with any outcome appearing likely to offer tenuous power at best, it’s also clear that the politicking won’t end on election day.