In fighting antisemitism, Jews can be our own worst enemies. We shouldn’t be. 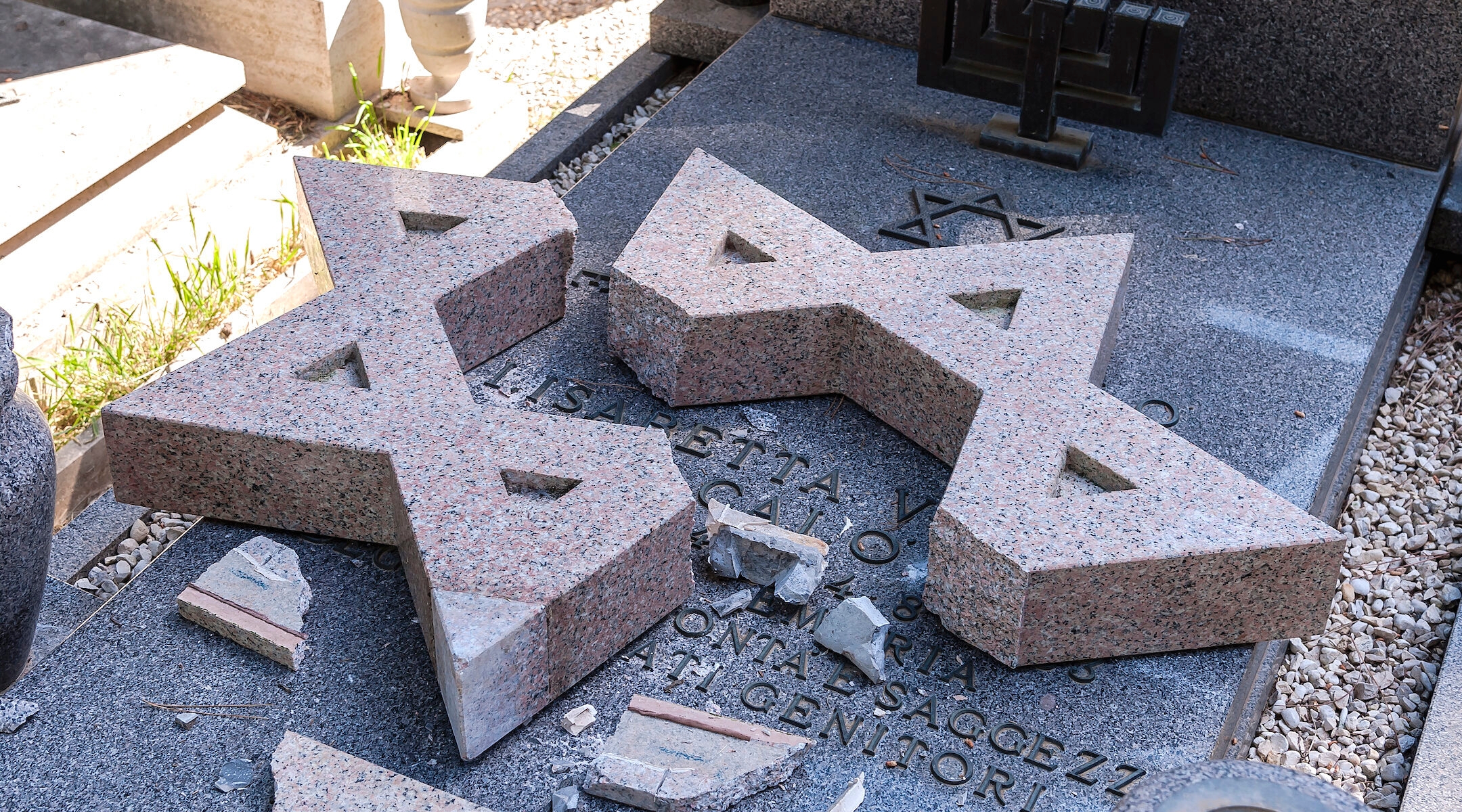 (JTA) — Unless you have been living under a rock for the past few weeks, and even if you’re not Jewish, you can’t miss the fact that antisemitism is back in the news again: Kanye West, Kyrie Irving, Nick Fuentes; extremists returning in droves to Twitter; President Donald Trump kowtowing to antisemites over dinner at Mar-A-Lago; “Saturday Night Live” opening with a monologue trafficking in antisemitic tropes; members of the Black Hebrew Israelites intimidating Jewish fans coming to Barclays Center, and an endless feedback loop of antisemitism coursing across social media.

Coming at a time when antisemitic incidents already had reached the highest point in recent memory, this is the kind of mainstreaming of antisemitism that we haven’t seen since the 1930s.

If there’s one thing I’ve learned as CEO of the Anti-Defamation League, it is that when it comes to the Jewish people, hatred doesn’t discriminate. When Kanye says Jews control the music industry, he’s not talking about rich Jews or conservative Jews. He’s not singling those who may support Likud or those who back Meretz, two Israeli political parties. He’s not calling out Orthodox Jews versus Reform Jews. He’s talking about us all.

Same with the white supremacists who are circulating Great Replacement conspiracy theories about Jews conspiring to bring more people of color and immigrants into America to “replace” white people. They don’t care if you are a die-hard MAGA voter or a card-carrying member of Democratic Socialists of America. It doesn’t matter: If you’re Jewish, you are in their crosshairs.

Another unfortunate example is the Mapping Project, an insidious campaign that ostensibly accused pro-Israel Jews of conspiring together in Boston. However, it didn’t target only Zionist organizations. They targeted all Jewish organizations, from a nonprofit helping the disabled to a Jewish high school.

And yet, while our enemies see us as one, the Jewish community too often seems riven by discord and infighting.

We are divided around religious practices and beliefs. We are deeply riven by politics. We do not see eye to eye when it comes to the State of Israel, and at times we can’t even agree on the definition of antisemitism itself. At times, absurdly, some Jewish leaders seek to tear down other Jewish leaders even as it tears apart the community, as Steven Windmuller, a retired professor at Hebrew Union College in Los Angeles, recently documented.

I point this out not to diminish the value of debate and dissent — these are fundamental to our tradition. But we need to be mindful of when debate descends into division.

Indeed, when viewed by those on the outside, these internecine divisions within our community can lead to misunderstandings and confusion. Why can’t Jews agree on anything? At best, hostility makes us look petty, mean and foolish. At worst, it allows antisemites to see within us whatever it is that they hate the most.

Usually in the aftermath of antisemitic attacks such as we saw after the Tree of Life shooting or the hostage situation in Colleyville, Texas, Jews from across the political spectrum set aside our differences and come together in a show of unity. We lock arms, proclaim we are one, call on our policymakers to do more, put up our defensive shields and hope for the best.

But at a time when a celebrity with a cult-like following, Kanye West, or Ye as he now calls himself, is using his platform of 38 million-plus social media followers to spread hateful tropes about Jews — the kinds of unhinged and hateful canards, such as Jewish control and power, that have led to antisemitic attacks throughout history — I would argue that the locking-arms response, while effective in the moment, does not have the staying power that we could achieve if we had a more unified and close-knit Jewish community.

What does have staying power? In this uniquely fragile moment, we must choose to embrace our differences, or at least accept them and lean into Ahavat Yisrael, the love for our fellow Jews. We ferociously can disagree internally while standing completely united to external hate.

We are our brother’s keeper, and any Jew suffering from antisemitism is ultimately our responsibility. We must come together, despite our differences, and fight those who hate our people.

How can Jews stand together against antisemitism while respecting our ideological divides?

First, this isn’t a moment to try to win each other over. This is a moment to declare that every Jew matters and is worth protecting. We may disagree on many things, but we can appreciate that difference doesn’t have to equal division. We cannot allow the toxic partisanship that has seeped into so much of our society to poison our communal spaces. There are no “Tikkun Olam” Jews. There are no “Trump” Jews. There are only Jews, and we need to remember the dictum — you shall love your neighbor as yourself.

Second, we should recognize that self-defense starts with self-love and self-knowledge. Jewish literacy is essential to our long-term survival. Many like to remark how Rabbi Abraham Joshua Heschel prayed with his feet — but he did so in part because he wrapped tefillin with his hands. This is not to say that we all need to observe our faith in the same manner. There are plenty of Jewish people who opt out of ritual entirely, and yet their connection to our peoplehood is as strong and as valid as those who daven, or pray, every day. But shared values that emanate from Torah still bind us as a people — we need to redouble, not just our efforts to pass on these values to our children in ways that relate to the next generation, but we also must relearn these values ourselves.

Third, we must never allow our ideological blinders to gloss over or ignore antisemitism from those who are generally our political allies. We must be morally firm and call out antisemitism where we see it, and not just when it is convenient politically. We must be equally fierce in the political circles where we belong, where we ultimately have more influence and clout, as in simply calling out hatred by pointing to those on the other side.

During his lifetime, Rabbi Menachem Mendel Schneerson shared his wisdom about the fact that while every Jewish person is a unique individual, as a people we share a “basic commonality that joins us into a single collective entity.” The Lubavitcher Rebbe understood that this unity has sustained the Jewish people throughout history.

If we look to our ancestors, we can see examples of how holding together at times of strife has made our community stronger. It’s quite possible that we may be living in one of those difficult periods again. I hope we can meet the moment.