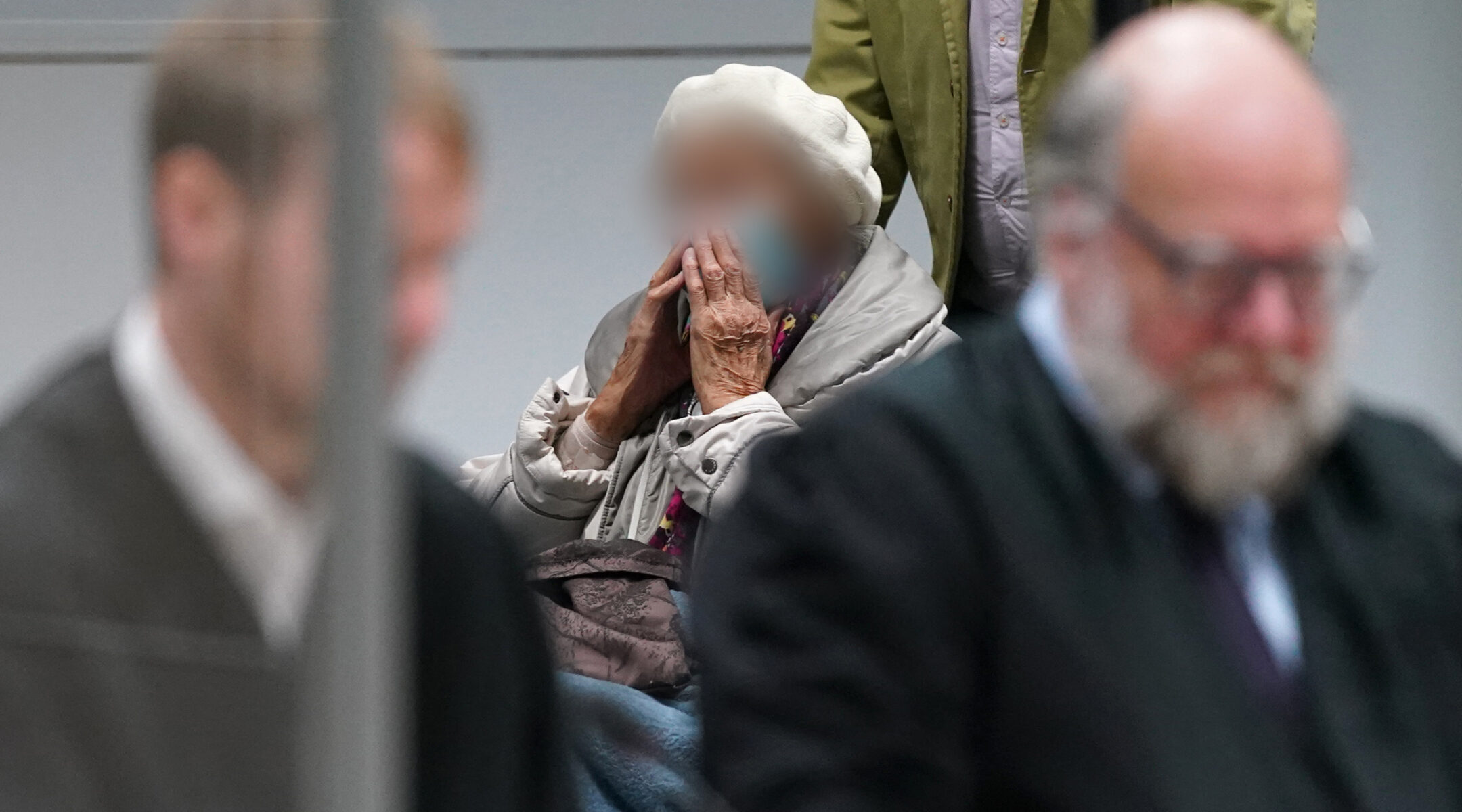 Irmgard Furchner, a former secretary for the SS commander of the Stutthof concentration camp, arrives with her lawyers during her trial in Itzehoe, Germany, Dec. 6, 2022. German courts require the face of defendants to be obscured in photographs. (Marcus Brandt/Pool/AFP via Getty Images)
Advertisement

(JTA) — A 97-year-old German woman whose trial for aiding Nazi crimes was briefly derailed when she fled last year has been convicted of complicity in 10,500 concentration camp murders.

Irmgard Furchner was 95 when she was arrested and charged with crimes related to her work as a secretary at the Stutthof concentration camp in Nazi-occupied Poland during World War II. Tried in juvenile court because she was under 21 at the time, she was sentenced Tuesday to two years of probation, in what is likely to be one of the final convictions related to crimes committed during the Nazi regime.

Furchner initially resisted prosecution, fleeing by a taxi from her old-age home on the first day of her trial; she was soon apprehended. Furchner also had not commented on the charges against her until recently, when she spoke briefly during her final court appearance earlier this month.

“I am sorry for everything that happened,” she said, in a statement that local news reports said had been a surprise. “I regret that I was in Stutthof at that time. That’s all I can say.”

Earlier this year, a 101-year-old former Nazi death camp guard was sentenced to five years in prison for his role at the Sachsenhausen concentration camp near Berlin. He had maintained his innocence and has not yet begun his prison term.