McSweeney’s is a literary quarterly that’s featured the likes of Jonathan Franzen and Elmore Leonard. Quality fiction that gets under your skin is its hallmark. Nonfiction stories about Arab-Israeli soldiers fighting terrorism? Not usually its thing.

In the magazine’s latest issue, however, there is just that: a 60-page essay by journalist Chanan Tigay about Arab soldiers (some Christian or Druze, but the majority of whom are Muslim) in the Israel Defense Forces. The article opens with a literal shock: two of the brigade’s Jeeps are driving down a dirt road, and one is blown up by a bomb. The driver is killed.

What prompted McSweeney’s to feature Arab-Israeli soldiers was simple: No other media outlet would. Had the jeep’s driver been Jewish, writes Tigay, his death would have been plastered across the country’s newspapers. However, this Muslim soldier received a civilian burial and no press coverage–all at the request of his family, who lived in Arab villages and feared repercussions from other villagers harboring anti-Israel sentiments.

Life as an Arab Israeli soldier is a conflict on every level. They’re a minority within a minority, often contending with violence and distrust both from their fellow soldiers and from the Arab villages where their families live. Tigay never flinches from describing these soldiers’ heroism, and also the difficulties they face.

Holocaust Survivor Portraits and Notes in an Emotional Photo Book

20- and 30-Something Jews: What Makes Them Tick?
The Austrian Jewish Refugee With Over 650 Patents to His Name 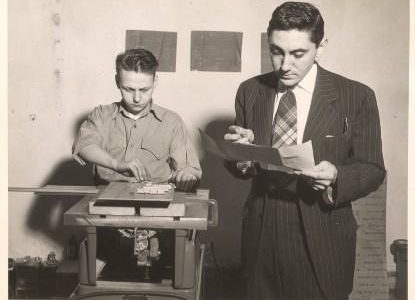