The second Yiddish language film to be produced in North America in 70 years, and Canada’s first, The Pin is a bleak, moving film about love and remembrance.

Set in 1941 Lithuania, The Pin tells the story of a burial guard named Jacob, who is one day faced with the corpse of a woman he’d loved. Through sensuous, dreamlike flashbacks, Jacob recalls the period in which he and Leah, as (very attractive) young people, hid out together from Nazi troops.

Director Naomi Jaye set the film in Yiddish, wanting to create as authentic a film experience as possible. And with at most two actors on screen at any given time, The Pin effortlessly evokes the isolation and paranoia of the war.

And, if you’re curious about the first North American Yiddish language film made in the last 70 years, look no further than A Gesheft, a 2005 action movie made by Haredi Jews from Monsey. The film has kidnapping, car crashes, and a woman who dies of fright. But unlike The Pin‘s talented Milda Gecaite, the woman in question is, in fact, played by a man covered with a sheet. 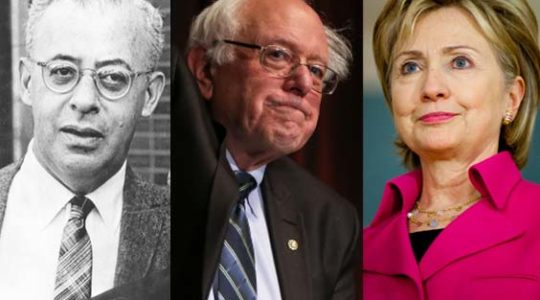