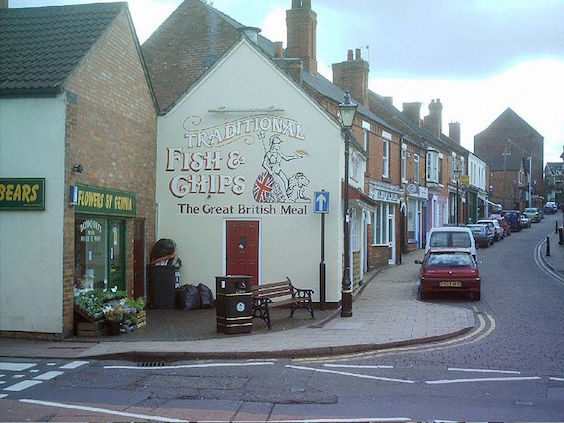 Jews are definitely experts in the art of fried, oily foods. Latkes and sufganiyot, even a hefty knish can prove that in the first crunchy bite. But could a Jew be behind the opening of the first fish and chips shop back in 1860?

According to Claudia Roden, author of the iconic The Book of Jewish Food, the battered fried fish “was a legacy of the Portuguese Marranos (crypto-Jews) who came to England in the 16th century, many of them via Holland.” It’s an oily descendant of the traditional Spanish dish pescado frito. The Jewish refugees had to act like Christians, at least outwardly, so they fried fish on Fridays. Then, behind closed doors, they ate it cold on Shabbos. The fried potato chip (aka “French fries”) came on the scene in Belgium, and by the middle of the 19th century, street vendors were selling fried fish with “shaved” potatoes on the side (wrapped in newspaper).

In 1860, a Jewish man named Joseph Malin decided to make it official. He opened the doors to the first fish and chip shop on Cleveland Street in London. And the rest, as they say, is fishtory.