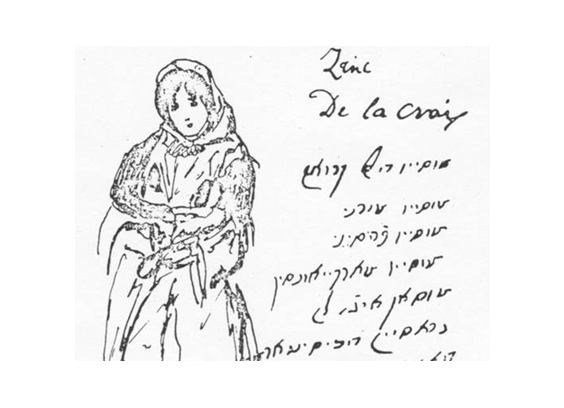 When an animal species is on the edge of extinction, there are plenty of ways to do your part (adopt an African rhino, anyone?).

But what do we do when a language in in critical danger of becoming extinct? There are approximately 6,500 distinct languages spoken in the world. According to MIT, two-thirds of them may be saying their last good-byes soon.

Haketia—a Jewish-Moroccan Romance language—is one of them. Haketia is made up of a little Hebrew, a little Spanish, marinated in some Judeo-Moroccan Arabic. The problem is, not many people ever write in Haketia, and it’s never used in schools, so the only way to learn it is to speak it. Many Jews from northern Morocco have either immigrated to Spanish-speaking countries or adopted Spanish as their primary language, or both.

It’s not over ’til it’s over, though. There are some musicians pushing Haketia back onto the dance floor. Apparently young Jews in Madrid also throw in Haketian phrases as slang. And Haketia has already evolved into some relatively popular new languages, most notably Llanito, in Gibraltar.

Check out a documentary about Haketia and Llanito history:

Listen to music in Haketia:

The Holocaust, with Punchlines