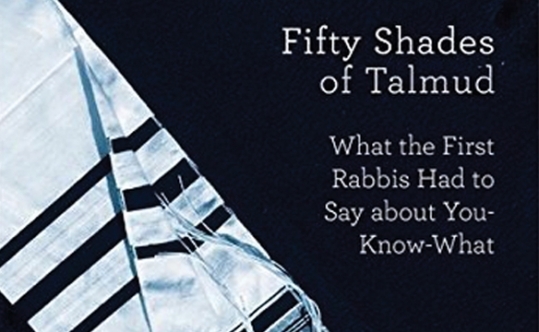 Who knew that medieval rabbis had so much to say about sex? The Talmudic sages compared the size of their “limbs,” mandated that couples engage in foreplay, and decided how often husbands of various professions should have sex. The writer Maggie Anton (perhaps best known for her trilogy Rashi’s Daughters) packs some titillating details into her irreverent new book 50 Shades of Talmud: What the First Rabbis Had to Say About You-Know-What (Banot Press).

Jews are commanded, generally, to “be fruitful and multiply,” but the many requirements and prohibitions around sex point to some areas which are remarkably–and disturbingly–specific. For example, how to tell if a 12-year-old is fair game: after a girl grows two pubic hairs, just give her six months: then she’s considered mature. Apparently “if there’s grass on the field” has Talmudic origins.