Barbra Streisand Asked Bob Dylan to Make a Record Together 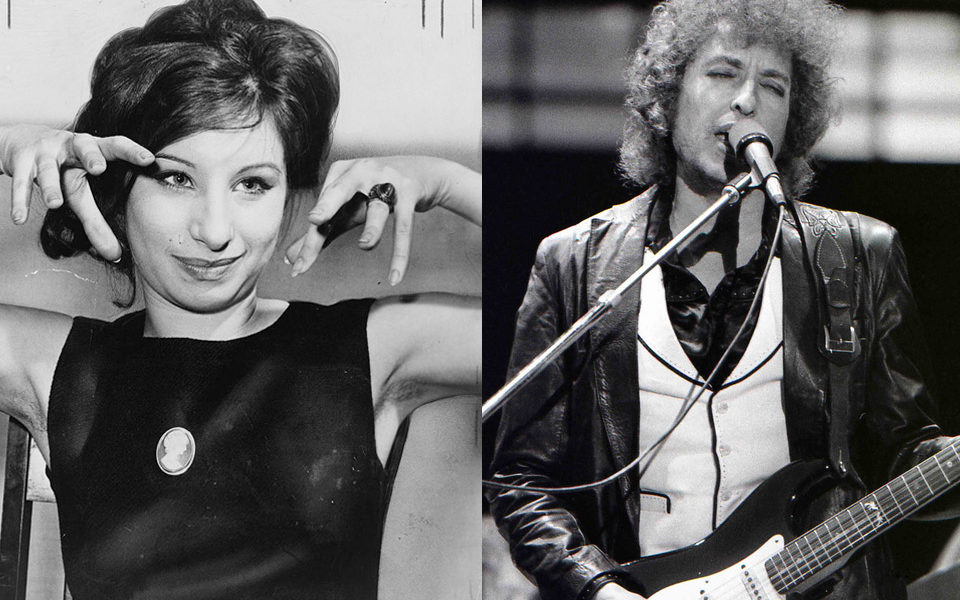 Jewish fantasies everywhere came true last year when a handwritten card from Barbra Streisand to Bob Dylan was uncovered in the Dylan Archive, a trove of 6,000 pieces of his paraphernalia.

The archive, which was jointly bought by the George Kaiser Family Foundation and the University of Tulsa, Oklahoma for around $20 million, is home to Dylan’s lyrics, recordings, films, photographs—and correspondences. One such item is pure joy for fans of Jewish music legends.

Postmarked November 1978, the letter from Babs thanks Dylan for his flowers, and suggests that they make a record together.

When asked about the note, Streisand said she was “so touched to find out he had saved a note from me.” She did a little digging, and found in her own archive a letter that Dylan had sent to her just before Yentl came out.

“I’m looking forward to seeing your movie,” Dylan wrote. “Maybe you can direct me in one of mine.”

Dylan signed off with some swoon-worthy admiration: “You are my favorite star,” he wrote. “Your determination, wit and temperament and sense of justice have always appealed to me.”

We know how he feels.

The Rabbinic Sage Who Dismembered His Adversaries