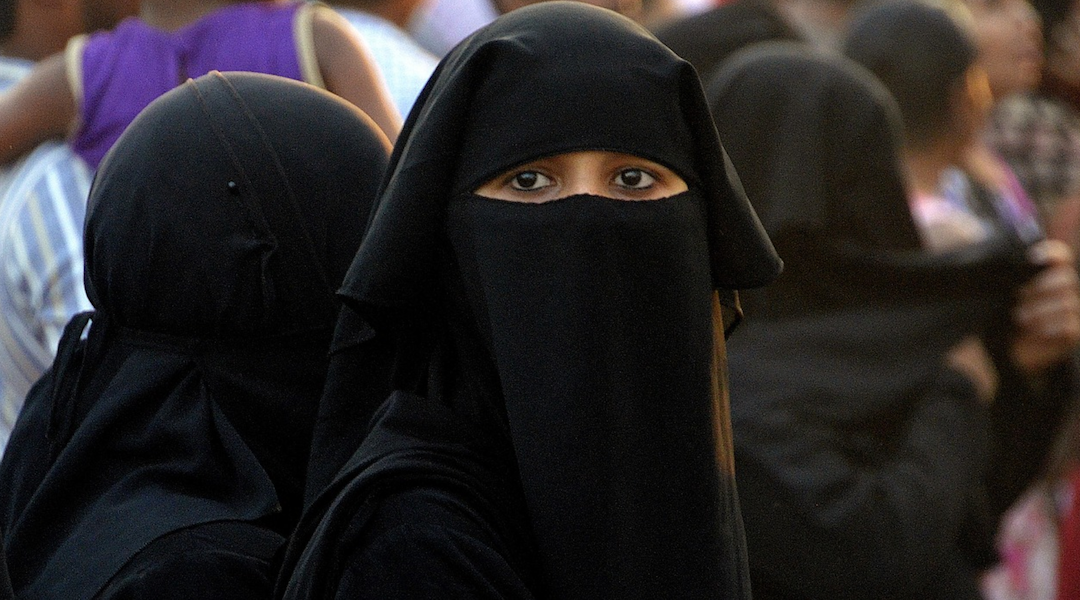 AMSTERDAM (JTA) — A leader of Dutch Jewry protested a Muslim activist’s claim that authorities’ partial ban on wearing face-covering veils is a repetition of Holocaust-era persecution.

The activist made the claim in a speech on Aug. 9 while wearing a niqab at a demonstration against the ban on face-covering garment, which goes into effect this month.

The ban forbids wearing face coverings, including burqas and niqabs, in public transportation vehicles, schools, hospitals and other government buildings. Transgressors are subjected to a fine of about 160 dollars. Wearing them on the street remains permissible.

“We are here to declare that we will not be thrown back in time,” said the demonstrator, whose identity is not known. “Have we not learned anything form 75 years ago?”

Ronny Naftaniel, a former leader of the CIDI watchdog on anti-Semitism and the current vice chairman of the Dutch Central Jewish Board, condemned the comparison on Twitter.

“Dear Niqab wearer, under the Nazis Jews couldn’t choose. Their fate was annihilation. In today’s Netherlands, Muslims have every possibility of expressing their faith. If you want to wear a burka, you don’t go to Auschwitz. You insult our society,” Naftaniel wrote last week.

Opponents of the garment, worn by some Muslim women, call it a manifestation of patriarchal oppression and religious fanaticism. Advocates maintain that women who choose to wear the veils are merely living according to their traditions.

Austria, Denmark, France and Belgium have banned such veils in all public spaces. Like the Netherlands, Norway also has a partial ban.