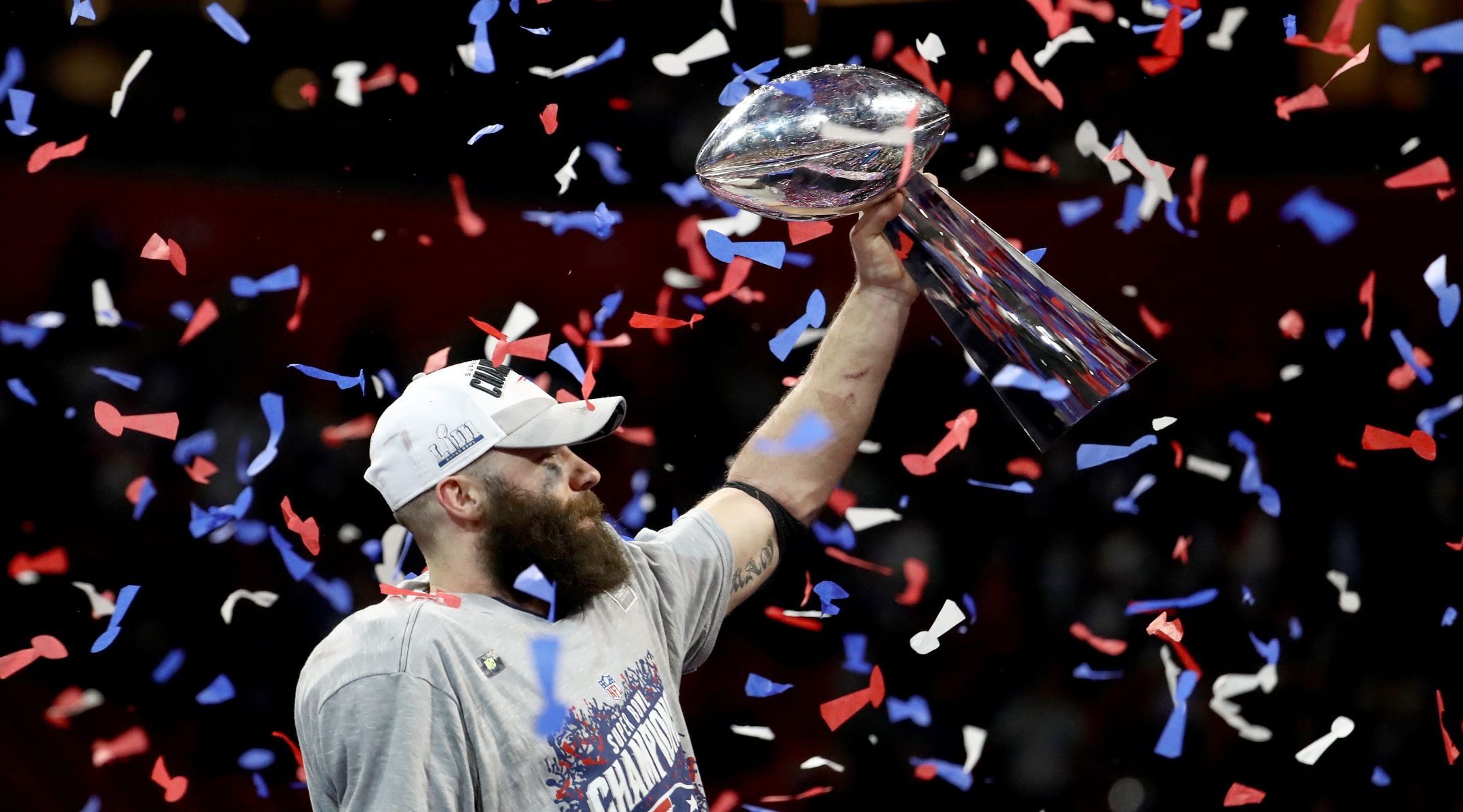 (JTA) — Julian Edelman, the New England Patriots wide receiver who has shown his Jewish pride on a number of occasions, will retire following a stellar 11-year career in which he won Most Valuable Player in Super Bowl LIII.

Edelman, who played in only six games last year due to a chronic knee injury, had his contract terminated Monday by the Patriots in a procedural move, ESPN reported. He announced his retirement in a video posted Monday to social media.

Unheralded out of Kent State and undersized at 5-10 and less than 2oo pounds, Edelman was at his best in the big games, finishing second all-time with 118 postseason receptions, trailing only Hall of Famer Jerry Rice’s 151. He was a member of three Super Bowl champions. Edelman will also finish second all-time among Patriots receivers with 620 catches, behind Wes Welker’s 672.

Edelman, now 34, has a Jewish father but was not raised in the religion. It was during his breakout campaign in 2013 that, coincidentally or not, he identified as Jewish in an interview with the NFL Network.

In 2014, he wore a pin featuring the Israeli flag. Edelman has tweeted about Jewish holidays. He even went on a Birthright-style trip to Israel, and in 2019 visited the country with the Patriots’ Jewish owner, Robert Kraft. He wrote a children’s book that references modern-day Zionism founder Theodor Herzl.

After the Pittsburgh synagogue shooting in the fall of 2018 that killed 11, he wore special cleats with Hebrew on them to honor the victims. Last month, he reached out on social media to NBA center Meyers Leonard, who used an anti-Semitic slur while playing a video game on the public Twitch channel.

“Let’s do a Shabbat dinner with some friends,” Edelman wrote Leonard. “I’ll show you a fun time.”