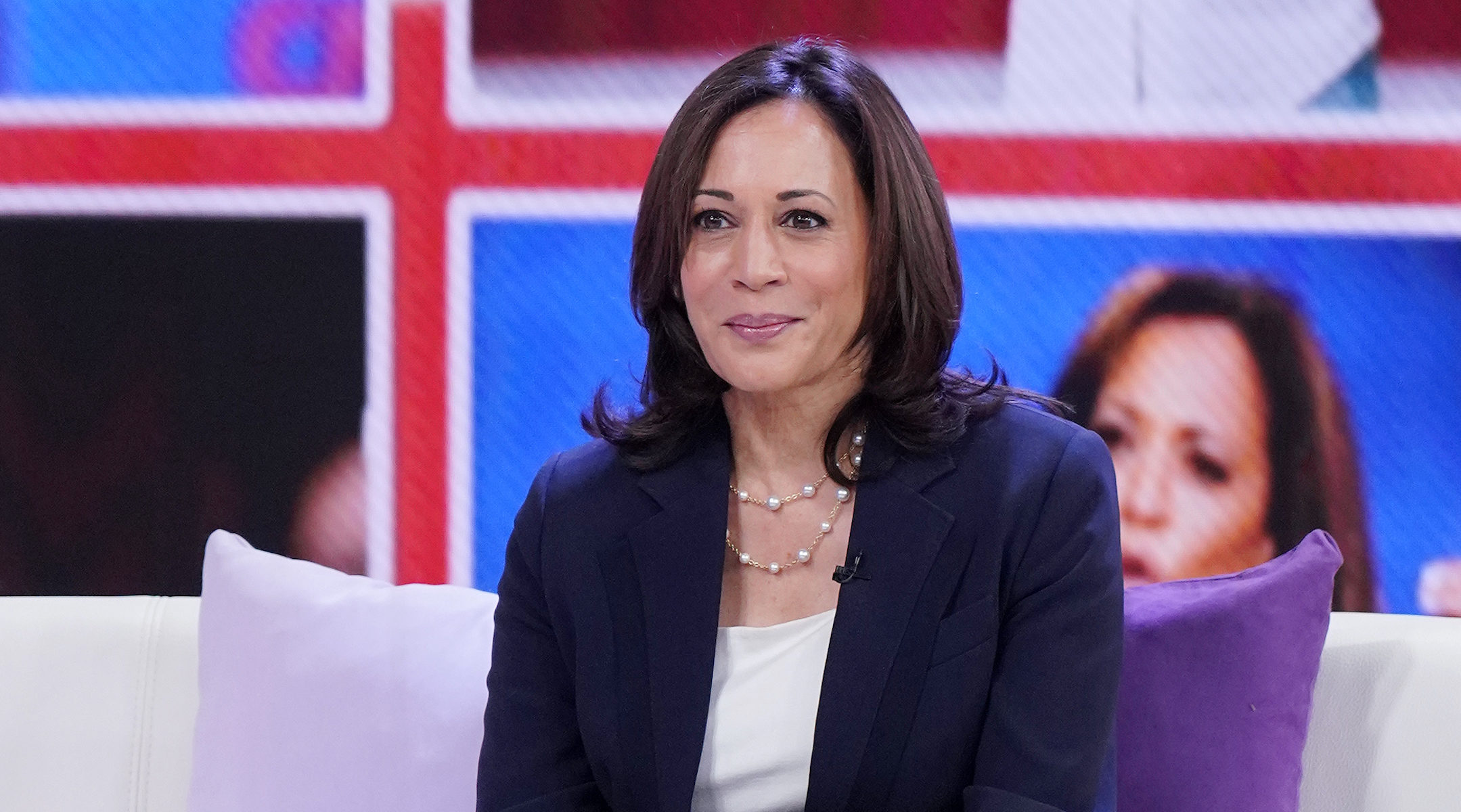 (JTA) — Kamala Harris, the junior senator from California, is dropping her presidential bid.

“My campaign for president simply doesn’t have the financial resources we need to continue,” Harris, 54, told supporters in a message on Tuesday.

The former California attorney general had failed to gain steam among the crowded field of Democratic contenders after a promising start.

To my supporters, it is with deep regret—but also with deep gratitude—that I am suspending my campaign today.

But I want to be clear with you: I will keep fighting every day for what this campaign has been about. Justice for the People. All the people.https://t.co/92Hk7DHHbR

The couple married in 2014 — Harris’ sister Maya officiated — and smashed a glass to honor Emhoff’s upbringing. Harris has a few other Jewish connections, too — including having collected money to plant trees in Israel as a kid.

Harris was among the candidates who are closest to the American Israel Public Affairs Committee, speaking at its conferences in 2017 and 2018.

When AIPAC-critical leftists attempted earlier this year to depict Democratic candidates as boycotting the group’s conference, Harris made a point of posing in a photo with an AIPAC delegation. (There was, in any case, no boycott — AIPAC does not ask presidential candidates to speak before primaries begin.)

Harris voted early this year against a bill AIPAC favored targeting Israel boycotters, citing free speech concerns. However, unusually for a Democrat, she had barely any relationship with AIPAC’s liberal counterpart, J Street, and did not send a message to this year’s J Street conference.