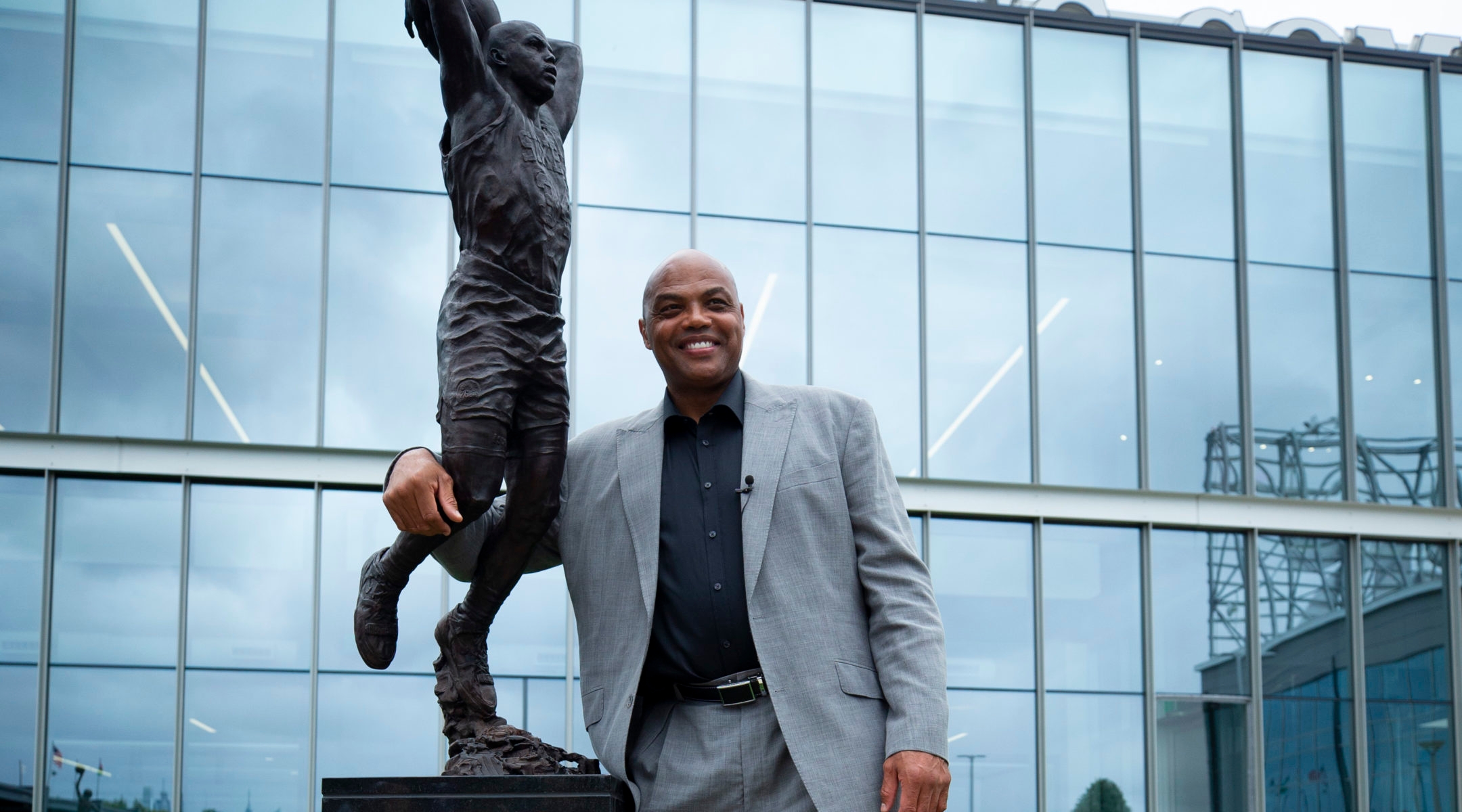 (JTA) — Former NBA star and current analyst Charles Barkley has become the latest sports star to speak out against anti-Semitism among Black celebrities.

“Listen, DeSean Jackson, Stephen Jackson, Nick Cannon, Ice Cube,” Barkley said in a video tweeted out by NBA on TNT, where he serves as a studio analyst during pre-game and halftime shows. “Man, what the hell are y’all doing? Y’all want racial equality. We all do. I don’t understand how insulting another group helps our cause. And the only person who called y’all on it was Kareem.”

Barkley was referring to retired NBA great Kareem Abdul-Jabbar, who decried anti-Semitism in an essay last week. He went on:

We can’t allow Black people to be prejudiced also, especially if we’re asking for white folks to respect us, give us economic opportunity, and things like that.

I don’t understand it. I’m never gonna accept it, and I’m asking you guys, I’m begging you guys, man, you guys are famous, you’ve got a platform. We’ve gotta do better, man. I want allies. I don’t want to alienate anybody and to take shots at the Jewish race, the white race — I just don’t like it ’cause it’s not right.

Most of the people Barkley called out have apologized for their comments. NFL star DeSean Jackson apologized earlier this month after posting anti-Semitic quotes attributed to Adolf Hitler and Louis Farrakhan. Former NBA player-turned-podcaster and Black Lives Matter activist Stephen Jackson defended DeSean Jackson before walking back his own anti-Semitic tweets. And actor and television host Cannon offered his “most deepest and sincere apologies” to the Jewish community for  the “hurtful and divisive words” he used in an episode of his podcast.

RELATED: Why celebrities keep quoting Louis Farrakhan — despite his anti-Semitism

Rapper Ice Cube, on the other hand, has doubled down on anti-Semitic conspiracy theories after tweeted out an anti-Semitic mural last month.

“I don’t understand how you beat hatred with more hatred.”