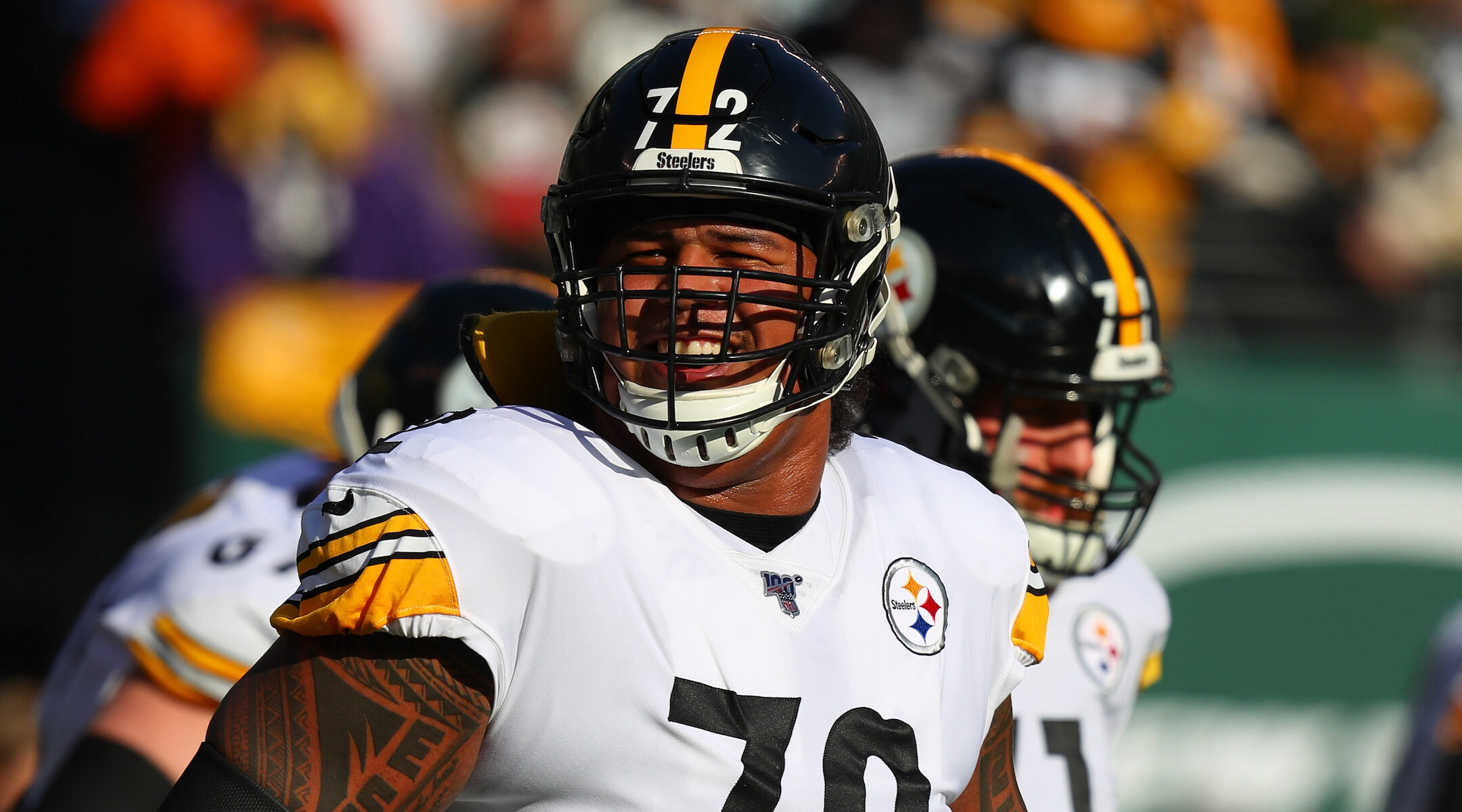 Zach Banner seen prior to a game between his Pittsburgh Steelers and the New York Jets at MetLife Stadium in East Rutherford, N.J., Dec. 22, 2020. (Rich Graessle/Icon Sportswire via Getty Images)
Advertisement

(JTA) — Prominent Black athletes Zach Banner, Josh Bell and Alysha Clark came together with the rabbi of Pittsburgh’s Tree of Life synagogue for a panel about fighting anti-Semitism on Wednesday night.

Banner, an offensive lineman for the Pittsburgh Steelers, has been outspoken about anti-Semitism spread by athletes, including fellow NFLer DeSean Jackson last year.

“We preach to identify to the Black and brown people in the city of Pittsburgh. But you can’t do that by turning off the light on Squirrel Hill, Shady Side and other Jewish communities that we have,” Banner said at the panel.

Banner said that Bell, formerly a first baseman for the Pittsburgh Pirates and now a member of the Washington Nationals, first inspired him to become more involved in social issues. Bell said at the panel that the 2018 Tree of Life shooting, which killed 11 worshippers, “opened up my eyes to what’s really going [on].”

“And then this past year, with [the deaths of] Ahmaud Arbery, George Floyd, specifically that incident in New York in Central Park, just realizing that they’re one in the same, that hatred is one in the same,” Bell said. “That idea that one person is less than the next because of history or because of skin color or because of religion, I think that that is something that we all need to educate ourselves on.”

Clark, a WNBA star who has won multiple championships on different teams, is Black and Jewish. Also joining the panel was the director of the Holocaust Center of Pittsburgh, Lauren Bairnsfather.

After Jackson shared anti-Semitic language by Nation of Islam leader Louis Farrakhan on social media last summer, an array of Black public figures spoke out about anti-Semitism in the Black community, including former athletes and commentators.