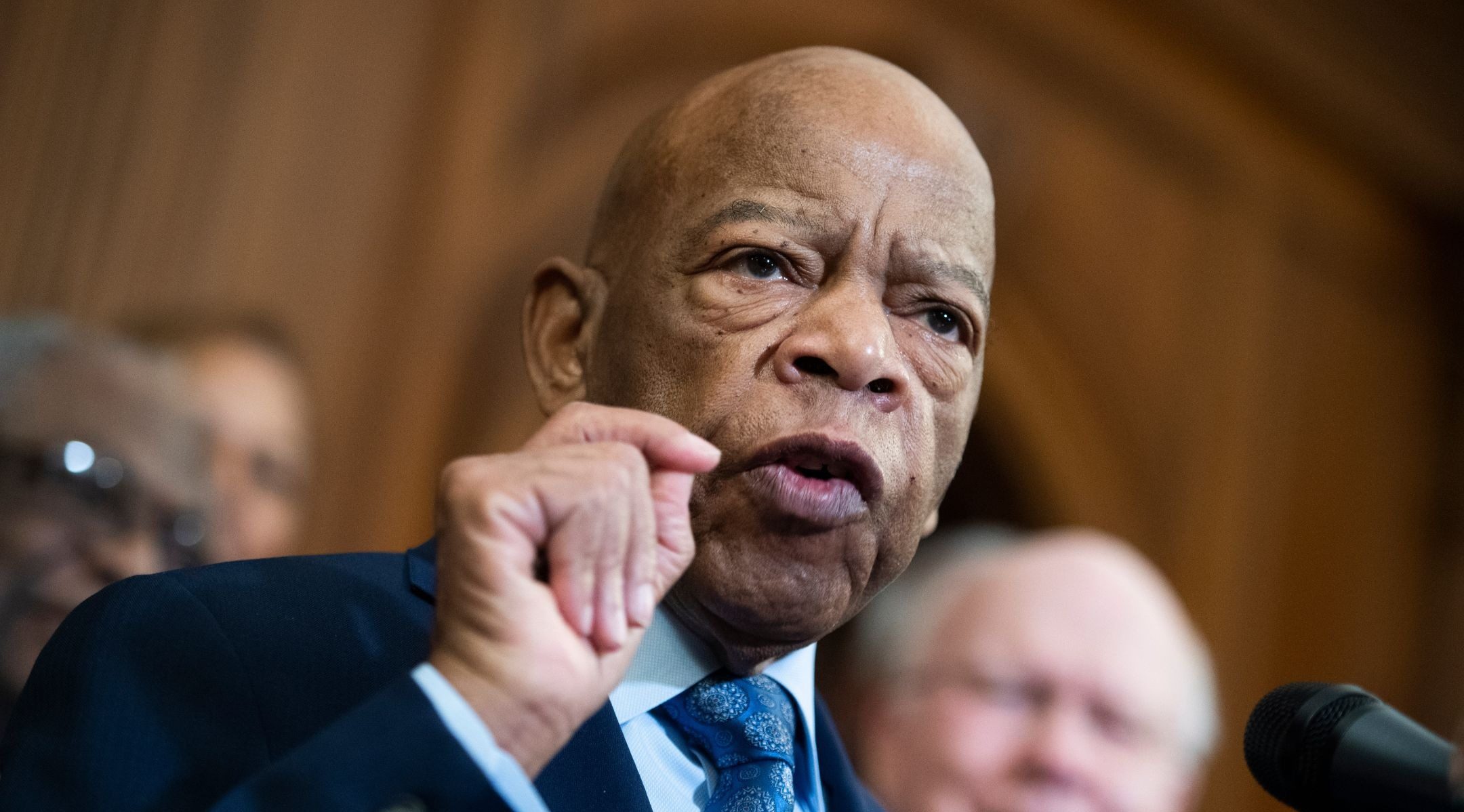 WASHINGTON (JTA) — The black-Jewish coalition that has fought for civil rights since the 1960s has the city of Atlanta as its nexus. Folks there cite three reasons for this: a substantial African-American population, a relatively large Jewish community and John Lewis.

Lewis, 79, the longtime Democratic congressman from Georgia who announced Sunday that he was suffering from stage 4 pancreatic cancer, has been close to Jewish groups for decades. And that longstanding relationship was on full display with the reactions from Jewish groups to the Lewis announcement.

“Representative Lewis has been a fighter his entire life, from the dirt-poor farm he grew up on in Alabama, to the long struggle for civil rights and the promise of America for all its inhabitants, to his distinguished service as a member of the U.S. House of Representatives for the past 32 years,” the American Jewish Committee said in a statement Sunday.

Jonathan Greenblatt, the Anti-Defamation League’s CEO, called Lewis “our nation’s moral compass” and said he has “set the standard for righteous pursuit of justice and what is right.”

“This is not an exaggeration: Mr. Lewis has transformed our country through his struggle and leadership,” Greenblatt wrote in an email to the Jewish Telegraphic Agency.

Rep. Steve Cohen, D-Tenn., a Jewish congressman representing a black-majority district in and around Memphis, in a statement called Lewis “a heroic voice of conscience in an era of lessening values. He is America’s saint.” Other Jewish lawmakers praising Lewis included Sen. Dianne Feinstein, D-Calif., and the minority leader in the Senate, Chuck Schumer, a New York Democrat.

Lewis has sought Jews as partners since his days helping to organize the 1963 March on Washington. He and Rabbi Abraham Joshua Heschel were among the leaders of the 1965 March on Selma, and a photo of the two men forming a vanguard with 10 others — including the Rev. Martin Luther King Jr. — has become iconic.

In 2012, speaking at an AJC event at the Democratic National Convention in Charlotte, North Carolina, Lewis showed impatience with the schism that had developed between blacks and Jews in subsequent decades over issues like affirmative action and Israel.

“If we know each other and understand each other, there would not be a schism,” Lewis said.

The AJC was the Jewish organization to which Lewis was the closest. Under its aegis Lewis, then an Atlanta city councilor, co-founded the Atlanta Black-Jewish Coalition in 1982. This year, he gave his blessing to and served as co-chairman of the Congressional Black-Jewish Caucus, which also is an AJC initiative.

His status as a near martyr of the civil rights movement — police savagely beat him in 1965 in Selma — has elevated Lewis to that increasingly rare creature: a politician beloved on both sides of the aisle.

Earlier this month, Sen. Johnny Isakson, the Georgia Republican who announced that he was quitting Congress because of Parkinson’s disease, crossed to the House chamber to hear Lewis deliver a tribute. Lewis ended his paean to his colleague by crossing the aisle and embracing him closely, choking up some Republicans in the chamber.

Jewish groups over the years have rallied to Lewis’s causes — and to his defense. The Reform movement, the AJC and the ADL have joined Lewis in making protections for voting rights for minorities a top priority. And in 2017, when Trump attacked Lewis on Twitter as “all talk and no action” after Lewis questioned the legitimacy of his election, all three shot back at the president.

“Wrong! His life has been all action & results. He changed US history,” the AJC said.

Lewis’s legitimacy among Jewish groups has made it hard for them to ignore his criticism. Lewis lent his sponsorship this year to a resolution opposing laws that penalize Israel boycotters — measures supported by both the AJC and the ADL. Lewis did so not because he embraces the Boycott, Divestment and Sanctions movement — he rejects it — but because boycotts were at the heart of the civil rights movement and he sees them as embodying speech freedoms.

In 2015, Lewis was a spokesman for African-American lawmakers who boycotted Israeli Prime Minister Benjamin Netanyahu’s speech to Congress in which Netanyahu vigorously opposed President Barack Obama’s efforts to negotiate a nuclear deal with Iran. The lawmakers saw the speech as a slight against the first black president by then-House Speaker John Boehner, R-Ohio.

“I am saddened that the speaker would threaten this historic position, bipartisan support of our Israeli brothers and sisters, by this action,” Lewis said.

A statement from Lewis’s office on Monday said the congressman would continue to serve in the House while he undergoes treatment. Doctors have given him a “fighting chance,” the statement said.

“I have been in some kind of fight — for freedom, equality, basic human rights — for nearly my entire life,” Lewis said. “I have never faced a fight quite like the one I have now.”