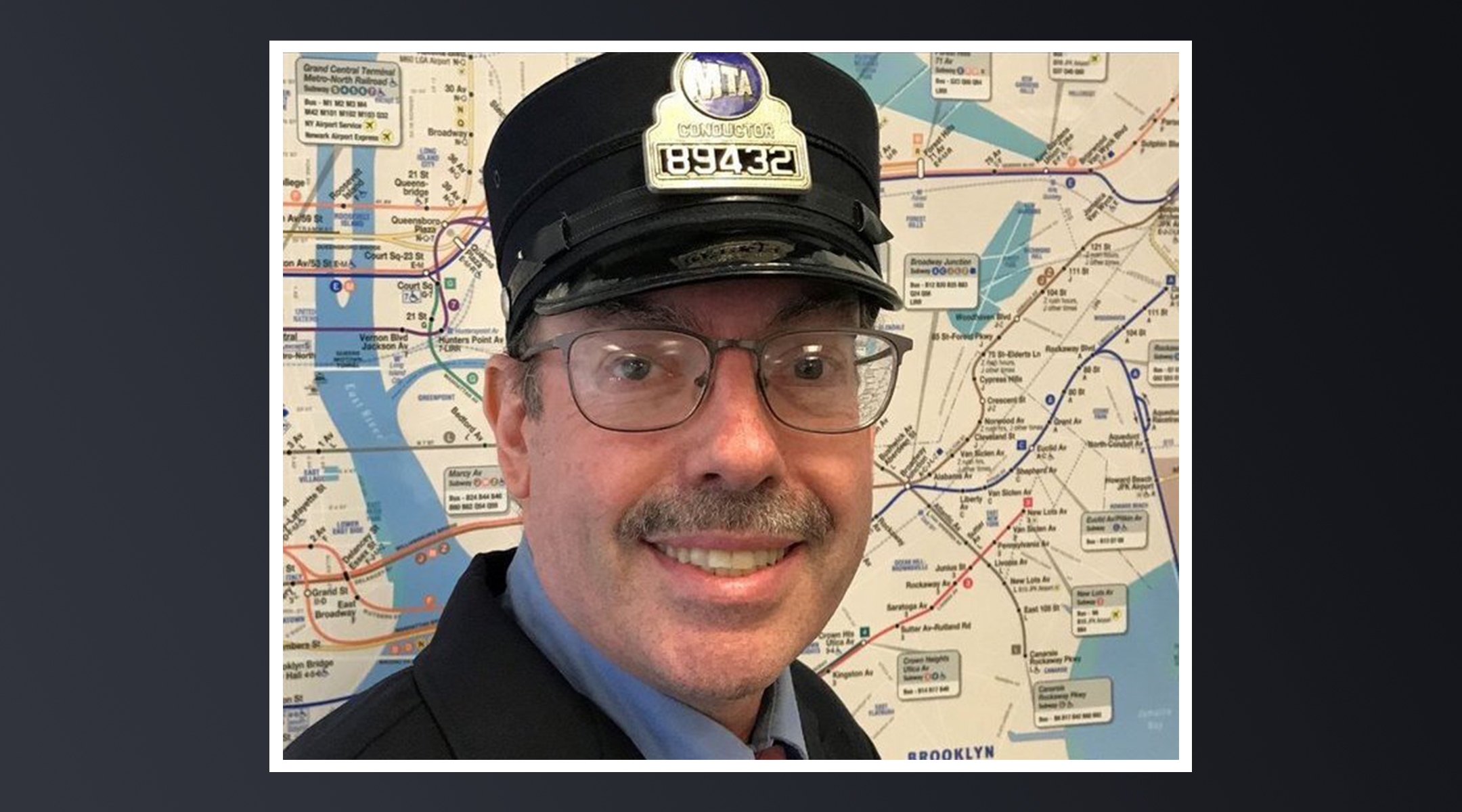 (JTA) — For their third date, Benjamin Schaeffer took Lisa Smid to the New York Transit Museum for a personal tour.

Schaffer knew his way around the Lower Manhattan shrine to the city’s transportation systems. A veteran subway conductor, Schaeffer loved all things transportation. For more than two decades, he had worked for New York’s Metropolitan Transportation Authority, where he was one of just two Orthodox Jews who worked as MTA conductors.

On April 28, Schaeffer earned a more dubious distinction when he became one of 96 New York transit workers to die of COVID-19. He was 58.

“The love of my life was many things: conductor, union shop steward, transit historian, author, former auxiliary PD, community activist, proud Orthodox Jew,” Smid wrote on Twitter. “He loved Brooklyn. And I will always love him.”

Schaeffer was no stranger to headlines. In October, he made news when the MTA asked him to prove that he observed the Jewish holiday of Rosh Hashanah to get the day off from work.

The year before, he was hailed as a hero when he quickly evacuated a subway car in Brooklyn after a passenger poured gasoline over the floor of the train. The MTA awarded Schaeffer a medal for his efforts.

“I told everyone just, ‘Get outta the car,'” Schaeffer told NBC’s New York affiliate. “No pleasantries. No courtesy. It’s an emergency situation, just get outta the car.”

In the days before his death, Smid and others led a frantic online push for blood plasma donors from those who had recovered from COVID-19. Researchers are investigating whether plasma from the blood of people who have successfully fought off the disease may provide treatment for people with more serious symptoms.

“Unfortunately, by the time Ben received the treatment, he had already been on a ventilator for some time,” Rapid Transit Operations Vice President Eric Loegel wrote in a statement, the New York Daily News reported.

“We’ve had our last subway ride together,” Smid wrote Tuesday on Facebook. “And it wasn’t his turn to get off.”