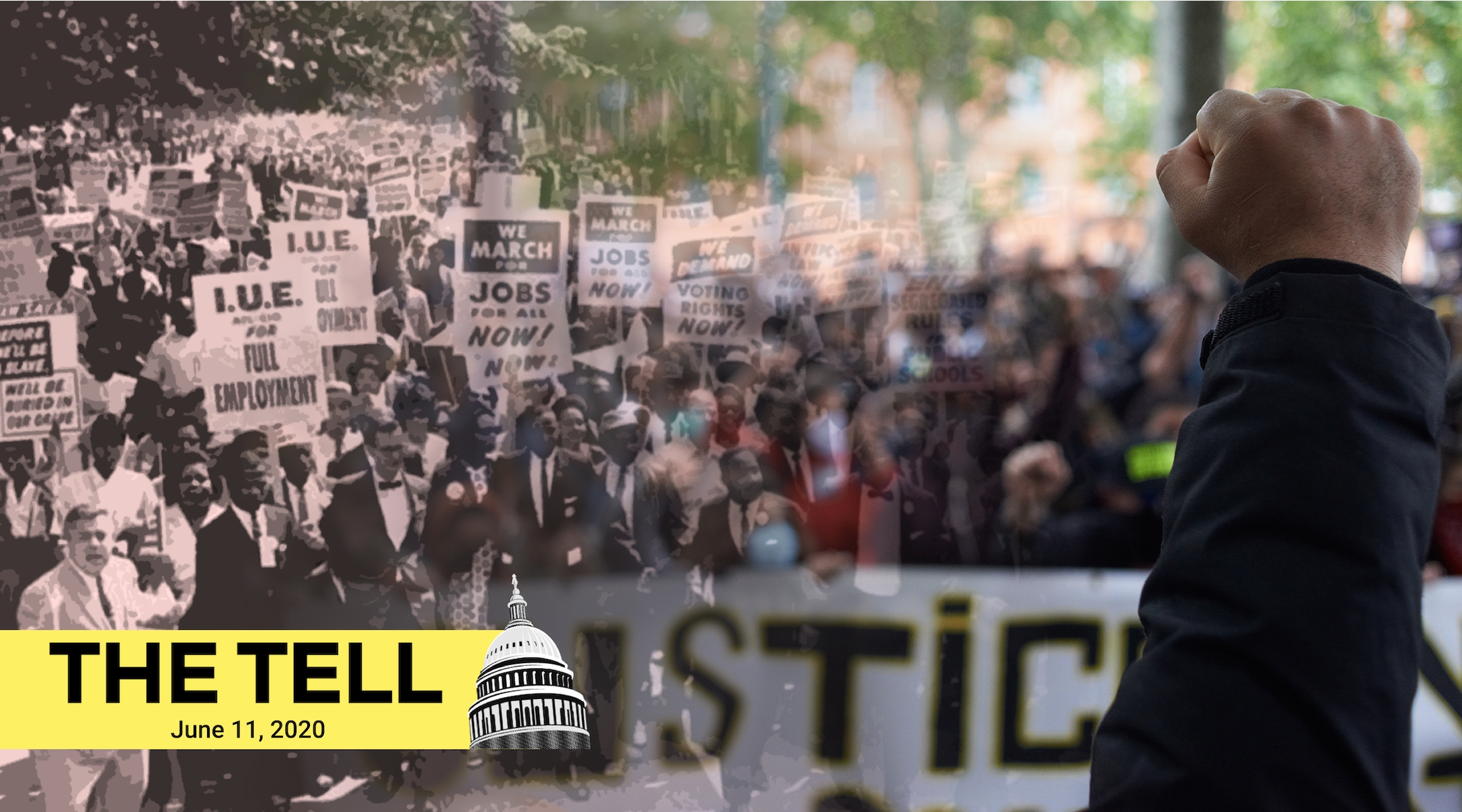 WASHINGTON (JTA) — It’s five months to Election Day and America is in the midst of at least two national crises. The unrest reverberating throughout the land from the coronavirus pandemic and George Floyd killing is plunging Donald Trump’s polling numbers. The president trails the presumptive Democratic nominee, Joe Biden, by 14 points, according to a CNN poll that lawyers for the Trump campaign have tried to repress.

What are the repercussions for the Jewish community? Let’s examine three already happening, with the qualification that things can change quickly.

The Democratic shift on Israel has accelerated

The moment may boost the progressive wing of the Democratic Party. Biden, the flagbearer of the party’s center, has yet to roll out a detailed plan to deal with the systemic racism underlying police treatment of minorities (although he’s beginning to talk about it). The progressives are offering concrete proposals concerning the police, including defunding departments, limiting the powers of their unions and establishing tougher oversight.

In centrist pro-Israel circles, the progressives’ rise is equated with further erosion of support for Israel. Pro-Israel America, a political action committee run by two former top staffers for the American Israel Public Affairs Committee, released a voter’s guide on Thursday for four New York congressional primaries on June 23 that says pro-Israel incumbents are at risk.

They include Eliot Engel, whose race against Jamaal Bowman is listed as “highly competitive.” Carolyn Maloney and Gregory Meeks are named in contests rated as “competitive,” and Grace Meng’s primary is deemed “potentially competitive.”

Engel’s risk is due in no small part to missteps related to the killing of Floyd, as my colleague Gabe Friedman notes. The 16-term lawmaker’s ouster would be a body blow to pro-Israel Democrats: As chairman of the Foreign Affairs Committee in the House of Representatives, he has been a leader on pro-Israel legislation. Those in line to succeed him — led by Brad Sherman of California, whose center-right posture on Israel is well known — are similarly pro-Israel but lack Engel’s influence and ability to work out compromises that satisfy a fractious caucus. Bowman, meantime, has suggested that he would leverage assistance to Israel to influence its leaders.

It’s not just Engel: For a recent story, I spoke to a congressional aide who says long term, the Democratic leadership is bound to become more critical of Israel. The Israeli government is pushing that along, as speculation swirls over whether or not Prime Minister Benjamin Netanyahu will try to annex parts of the West Bank next month. AIPAC normally frowns upon any public criticism of Israel, but the largest pro-Israel lobby in the U.S. is telling lawmakers that it won’t push back if they criticize Israel on annexation.

“The upcoming New York Democratic Primary could be critical for maintaining support for the U.S.-Israel relationship in Congress,” Jeff Mendelsohn, Pro-Israel America’s executive director, said in a release with the voting guide. Mendelsohn said he saw the races as critical before the unrest related to Floyd’s killing.

A year ago, I attended the first all-day FBI session on securing multi-faith communities against an attack. The idea was that Jewish, Muslim and Christian officials in charge of securing their faith spaces should exchange ideas on what works best.

There was a lot of good-natured schmoozing and advice on how best to identify possibly hostile strangers and preparing congregants on best practices during a shooting. But there was a striking moment of tension toward the end of the day.

Michael Masters, who heads the Secure Community Network, the Jewish community’s security advisory group, repeated a mantra I’ve heard from him repeatedly: Get to know your local police and establish a relationship, so they know where the synagogue is and how its security works.

Salam Al-Marayati, the president of the Muslim Public Affairs Council, said that was not viable in his community: Muslims did not feel comfortable liaising with a community that profiles them.

There are whole books on how Jews in America simultaneously occupy — in ways perhaps no other community does — spaces of risk and privilege, and it is especially stark in the way we relate to police. Jewish communities, without ambivalence, seek the protection of an agency that other communities see as a threat.

In a different but somewhat related development, specious claims that Israel trains police to be brutal with citizens have proliferated on social media in the wake of the Floyd killing. This Amnesty International report, published in 2016 but reappearing frequently in recent postings, is especially egregious.

Its logic proceeds something like this: a U.S. police force has exhibited brutality; its members once went on an Israel program; the Israel police exhibit brutality; therefore, Israel trained the U.S. force in brutality. No evidence of such training is given, and omitted is the multiple police exchanges that take place throughout the world. (Check out the flag collage on this page of the International Police Association exchange program.) Also omitted is that when Jewish groups like the Anti-Defamation League train the police, it is often about improving how they treat minorities and mitigating brutality.

For a while, Jacob Frey, the mayor of Minneapolis, and Eric Garcetti, the mayor of Los Angeles, were rising young Jewish Democrats. Garcetti for a time considered a presidential run.

They have diverged: Frey was booed at a rally this week when he would not commit to abolishing his city’s police department. The municipal council said it would dismantle the force as it is currently constituted, and by a veto-proof majority.

Garcetti, a member of Biden’s vice president selection team, has been buffeted by Black Lives Matter activists who want to drastically reduce the police budget and police unions who want no reductions. He has proposed shifting $150 million from the police department to services for minority communities.

One lesser-known Jewish mayor who could gain traction in the crisis? Steve Adler of Austin, Texas, who released a letter this week with concrete proposals on how to reduce police violence.

“The systemic killing of Black Americans must stop,” he said in a tweet attached to the letter.

He campaigned his Ossoff: John Ossoff, the young Jewish Democrat who nearly pulled off a surprise victory in a widely watched 2017 race for a House seat, now is eyeing a Senate seat. On Tuesday he won a Democratic primary to challenge incumbent Republican David Perdue — crucially without the need of a runoff, meaning he can devote his efforts and his fundraising entirely to ousting Perdue in what Democrats hope will be a swing state.

Eine Kleine Mort tweet: A tweet by Mort Klein about Black Lives Matter has added weight to an effort spearheaded by HIAS to oust the group he leads, the Zionist Organization of America, from the Conference of Presidents of Major American Jewish Organizations.

The porous Mr. Soros: George Soros, the liberal Jewish philanthropist, is seeping into, well, everything, if you go by the right-wing conspiracy theorists whose baseless claims have proliferated as the American unrest grows. The ADL is tracking Soros conspiracy theories. The pervasive Soros-hating has also afflicted sections of the Texas Republican Party.

Ivanka, canceled: Wichita State University Tech uninvited Ivanka Trump from delivering its commencement speech, citing the policies of her father’s administration, where she serves as a senior adviser. The first daughter posted her speech online and decried what she said was “cancel culture.” 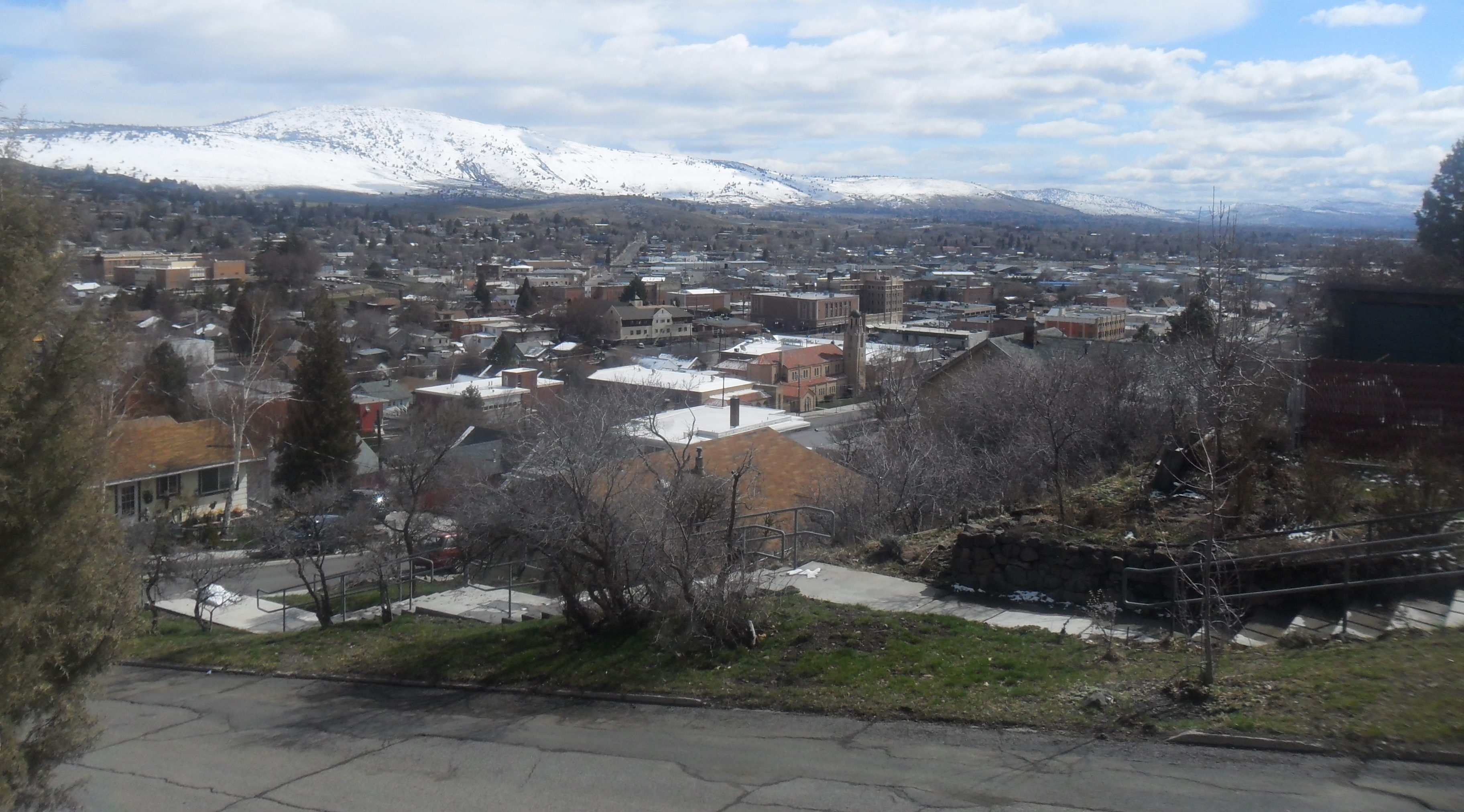 At NBC, Brandy Zadrozny and Ben Collins tell the story of Klamath Falls, Oregon, which was all set for a Soros-funded invasion by antifa … that never was. 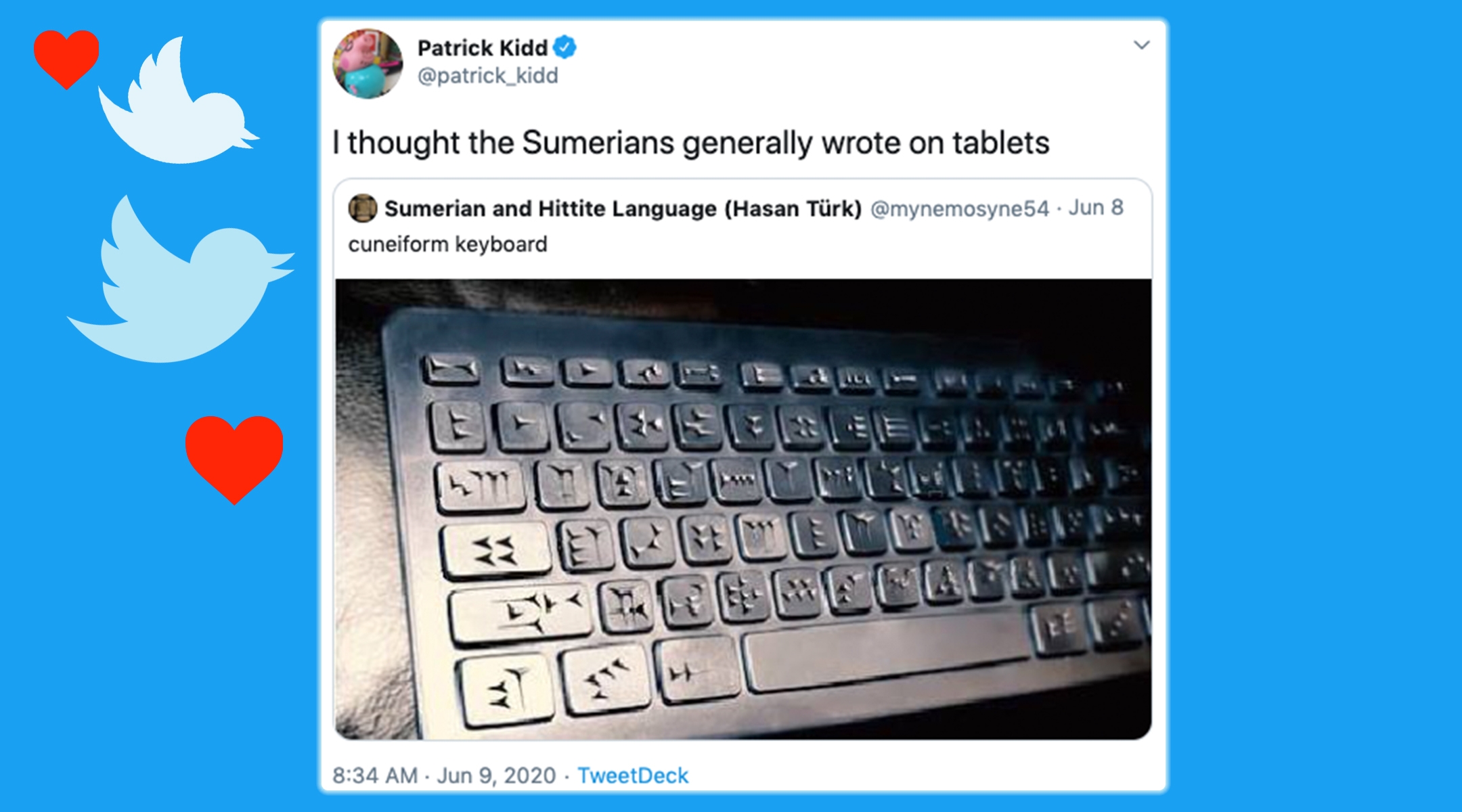 “I thought the Sumerians generally wrote on tablets” — @patrick_kidd on Twitter

A Twitter account dedicated to the Sumerian language posts a photo of a cuneiform keyboard. Patrick Kidd, an editor at the Times of London, has the perfect take.