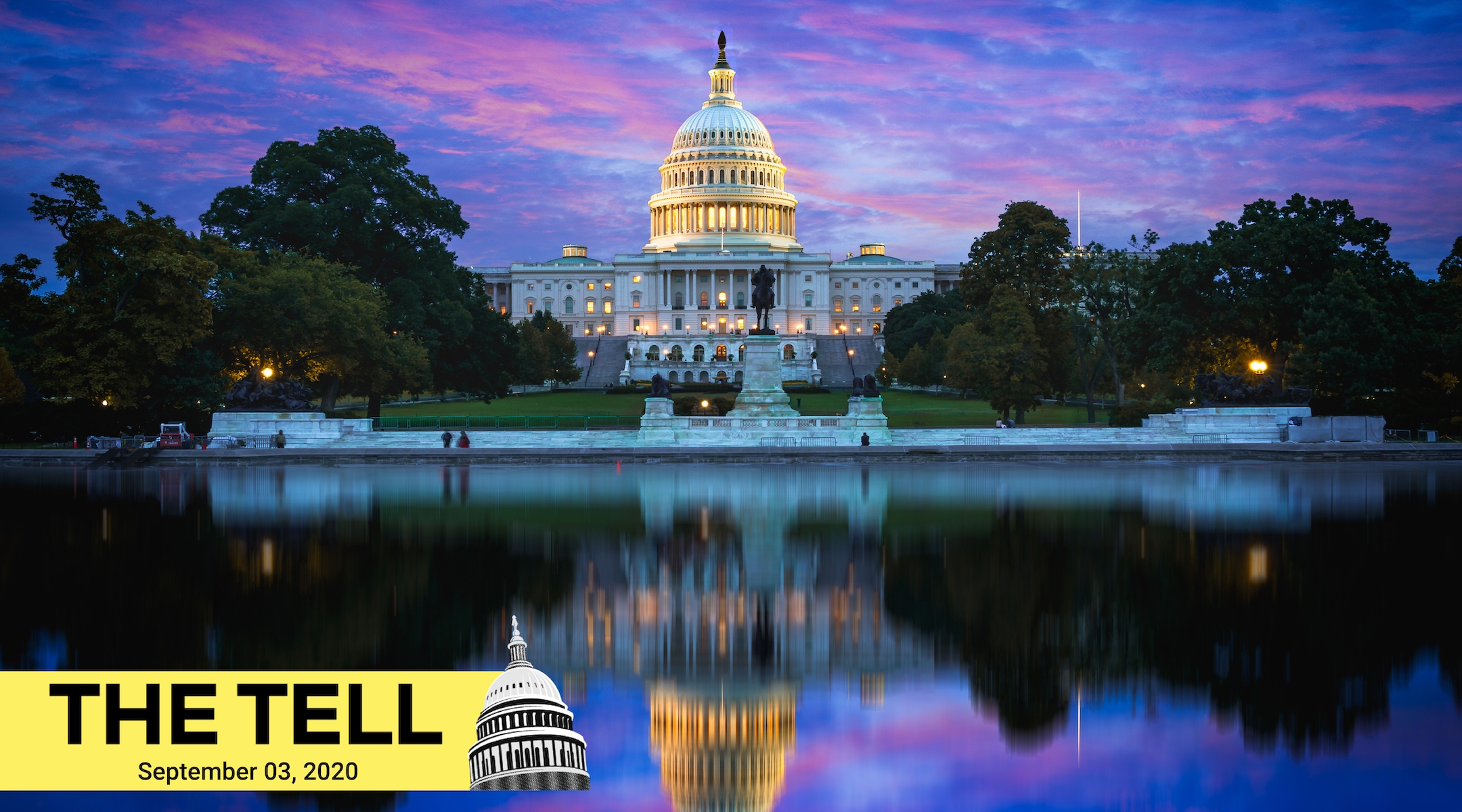 (JTA) — Here’s a rundown of what we’ve covered while we miss our man in Washington. He’ll be back next week!

There were lots of Jewish candidates in the running in primaries this week in Massachusetts, including Alex Morse, the progressive Democrat who was trying to unseat a longtime senator and become the first Jewish member of “The Squad.” He lost, as did an epidemiologist running for Congress. But two Jewish candidates are neck and neck in the race to fill the congressional seat vacated by Joe Kennedy III.

There’s more going on in the Sunshine State than Ron’s visit. As both parties vie for Florida, Kamala Harris’s husband Douglas Emhoff made a pitch for Jewish voters there. He made a similar pitch today on a call to Pennsylvania Democrats — right down to his stump speech recounting his camp accolades.

Four years ago, the Movement for Black Lives frustrated many potential Jewish supporters by condemning Israel. Its new platform doesn’t mention Israel at all. Before the new platform came out, more than 600 Jewish groups and institutions issued a show of support for the Black Lives Matter movement. One later backed out, leaving no mainstream Orthodox supporters.

• Reportedly to communicate that the U.S. Embassy in Israel won’t ever leave Jerusalem, casino magnate Sheldon Adelson may be buying the former ambassador’s mansion in Herzliya.

• Republicans played Leonard Cohen’s “Hallelujah” twice during their convention, against his estate’s wishes. The estate suggested as an alternative “You Want It Darker.”

• Biden condemned the apparent arson of a Chabad building at the University of Delaware.

• An Anti-Defamation League analyst offers insights about what to make of the killings during protests in Kenosha, Wisconsin, and Portland, Oregon, and why armed vigilantes are a growing concern for extremism monitors.

• The editor-at large of Mishpacha, an influential and widely read magazine by and for Orthodox Jews, explains why he’s voting for Donald Trump: “Orthodox Jews see Trump as their man on the street.”

• An experienced political communications strategist unpacks what synagogues planning to stream their High Holiday services can learn from this year’s political conventions.

In case you’re watching HBO’s “Lovecraft Country” or thinking about it, be warned that there’s a plot point that sounds a lot like a blood libel. This story examines why and what viewers should take away. But beware: There are spoilers.