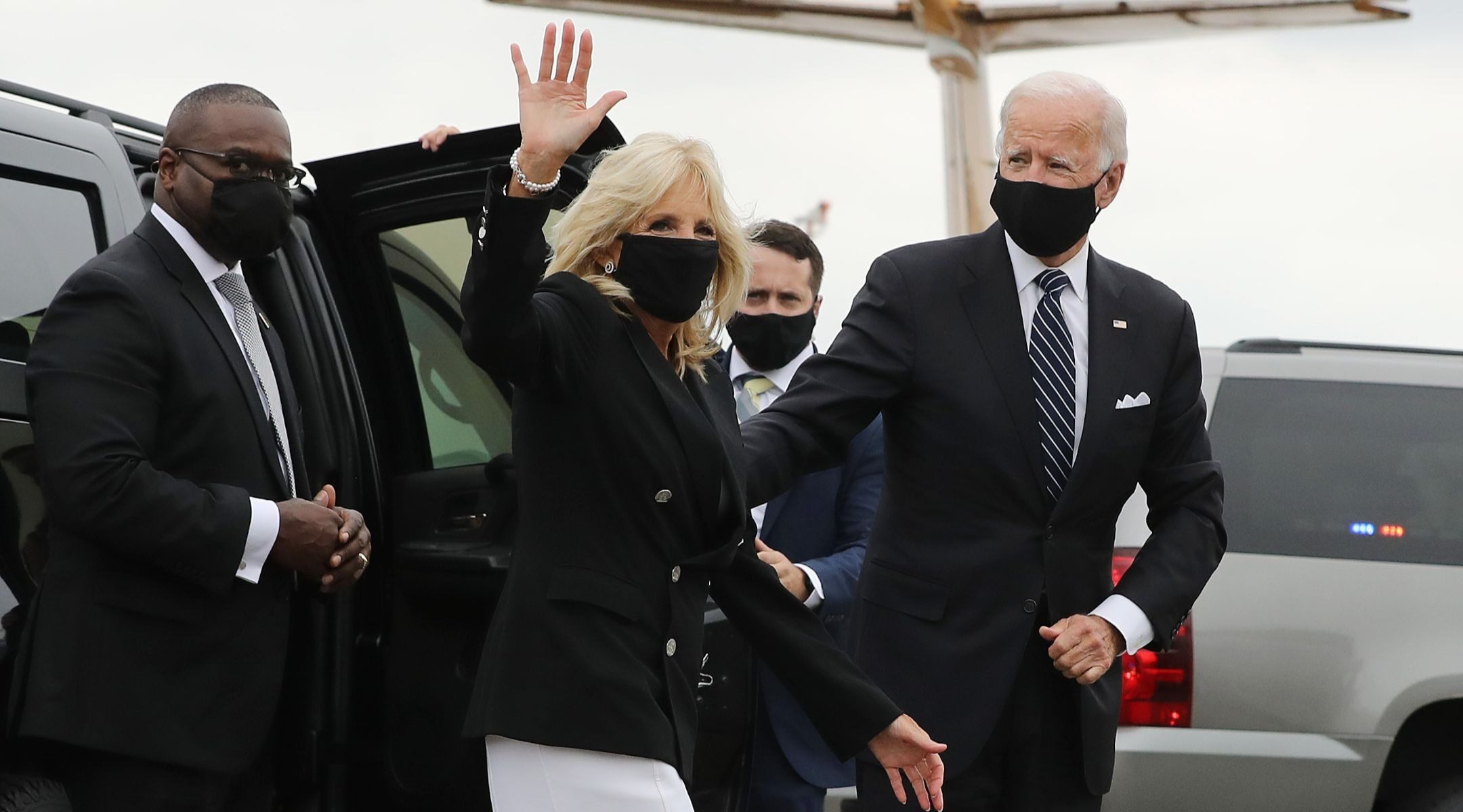 “Trump’s put Israel in danger by tearing up the Iran nuclear deal and replaced it with nothing,” Biden said Thursday. “He’s allowed Israel’s foes to take residence in Syria, a dangerous power vacuum has formed. He’s undermined the stability of self-determination for the Palestinians, undercutting hope for a viable two-state solution any chance that he gets.”

Also Thursday, Jewish Insider reported that Haim Saban, the Israeli-American billionaire entertainment mogul who is identified with center-to-right pro-Israel policies, is organizing a minimum $500,000 a ticket fundraiser for the Democratic presidential candidate. Saban, who supported Hillary Clinton in 2016, had stayed away from presidential politics this cycle until now. He had indicated in the past that he would break with the party if the Democrats nominated Vermont Sen. Bernie Sanders, who is critical of Israel and had talked of withholding U.S. aid.

Both fundraisers are signs that Biden is consolidating support from both the pro-Israel left and center as the campaign rolls into its final six weeks.

Trump has built a formidable bloc of support among the pro-Israel right — they applaud his many moves in the Middle East, such as moving the U.S. Embassy to Jerusalem and cutting aid to the Palestinians — and hopes to poach centrist pro-Israel Jewish voters who might normally vote Democratic. Trump added to his Israel resume on Friday, announcing that his White House had brokered a deal that would see Bahrain normalize ties with Israel. The announcement came less than a month after the United Arab Emirates agreed to do the same.

The J Street and Saban fundraisers underscore how intensely Democrats are focused on preserving the support of the overwhelming majority of Jewish voters. On Thursday, 10 Democrats in the U.S. House of Representatives — half of them Jewish — wrote Trump to object to adviser Jared Kushner’s proposal to sell the UAE advanced stealth combat aircraft. Israel opposes the sale of the F-35s, which would heavily arm its neighbor, and Democrats are hoping to use that issue to counter Trump’s pro-Israel narrative.

Meanwhile, Douglas Emhoff, the Jewish husband of Biden’s running mate, Kamala Harris, has maintained a heavy schedule of Jewish outreach appearances. On Thursday, he participated in a live panel in Aventura, Florida, with six rabbis. Biden, he said there, is “good for Israel” and would be “a president that lives by the values” shared by Jewish Americans, including tolerance.

At the end, Emhoff solicited counsel from the rabbis, according to the pool report.

“I would like some advice as I go on this journey the next 54 days to get this election,” he said.

A rabbi unidentified in the report told him, “Be healthy, stay safe and try to bring us a healthy America morally, physically and spiritually.”

Emhoff has pushed a central theme of the Biden campaign — that Trump embraces and encourages far right-wing extremists. Trump has denounced white supremacists and anti-Semites at times, but also has hedged when asked to repudiate far-right supporters, most recently in declining to condemn the QAnon cult, which backs a conspiracy theory that has Trump as a savior.

Emhoff also had appeared in virtual Jewish voter outreach events, including in the key campaign states of Pennsylvania, Florida and Ohio.