After Heshy Tischler is arrested for inciting a riot in Borough Park, his followers mob the home of the reporter he targeted 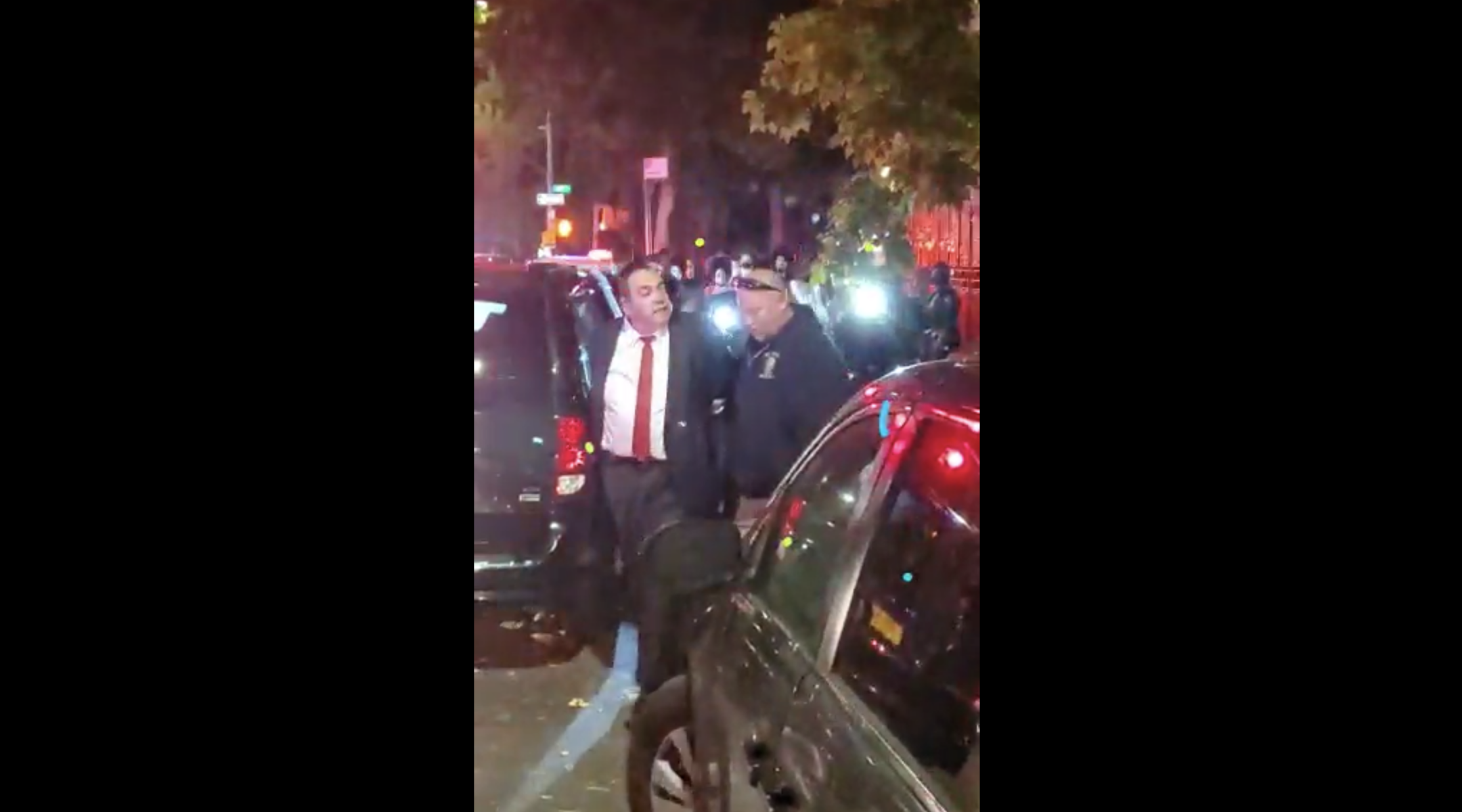 Heshy Tischler, at center, was arrested Sunday night, four days after cornering a reporter during a protest in Borough Park, Brooklyn. (Screenshot from WhatsApp)
Advertisement

(JTA) — A dispute that has roiled Borough Park, an Orthodox neighborhood in Brooklyn, took a dark new turn Sunday night after Heshy Tischler, the man who led protests against COVID-19 restrictions there last week, was arrested and charged with inciting a riot.

The New York Police Department announced Sunday night that it had taken Tischler into custody and that he had been charged with “inciting to riot and unlawful imprisonment in connection with an assault of a journalist.”

That journalist was Jacob Kornbluh, a reporter for Jewish Insider whom Tischler, with a crowd at his back, cornered during a protest Wednesday night and accused of being a “moser,” or informant — a charge that some Jewish legal texts say merits the death penalty. Kornbluh, a Borough Park resident, has reported about rising infection rates in Orthodox areas and the behaviors, including relatively infrequent mask-wearing, that may be fueling the rise.

Late Sunday, following Tischler’s arrest, crowds formed outside Kornbluh’s apartment building, at a busy intersection in Borough Park, with people in the crowd again shouting the “moser” accusation. In one video posted by a “Tischler fan account” on Twitter, people can be heard shouting, “Shame on you.” Other videos circulating on WhatsApp, the messaging service popular among Orthodox Jews, showed a significant police presence amassing outside the apartment building.

Last week, Kornbluh said he would press charges against Tischler, a flamboyant local activist who has emerged as a leader for those in Borough Park who feel that Orthodox Jewish communities are being unfairly singled out in the city’s pandemic response. And a wide range of local officials condemned him, including New York City Mayor Bill de Blasio, who said Thursday about Tischler’s behavior, “It’s absolutely unacceptable, disgusting, really” and vowed a stronger police response. (Read our profile, produced in partnership with New York Magazine, for more background.)

Tischler had announced in a video late Friday that he had been told he would be arrested Monday morning and mused aloud about whether to invite his supporters. But the arrest came earlier, just after the conclusion of the Simchat Torah holiday.

In videos shared on WhatsApp, Tischler can be seen complaining about the timing to the officers who had come to arrest him. One says, “I don’t know what happened. This is above us.”

A GoFundMe that says it is established for Tischler Sunday evening raised more than $10,000 toward a goal of $50,000 in just four hours, mostly in very small increments. “Please help us raise money for Heshi,” says the fundraising page. “He has done so much for the community, now is our chance to show solidarity.”