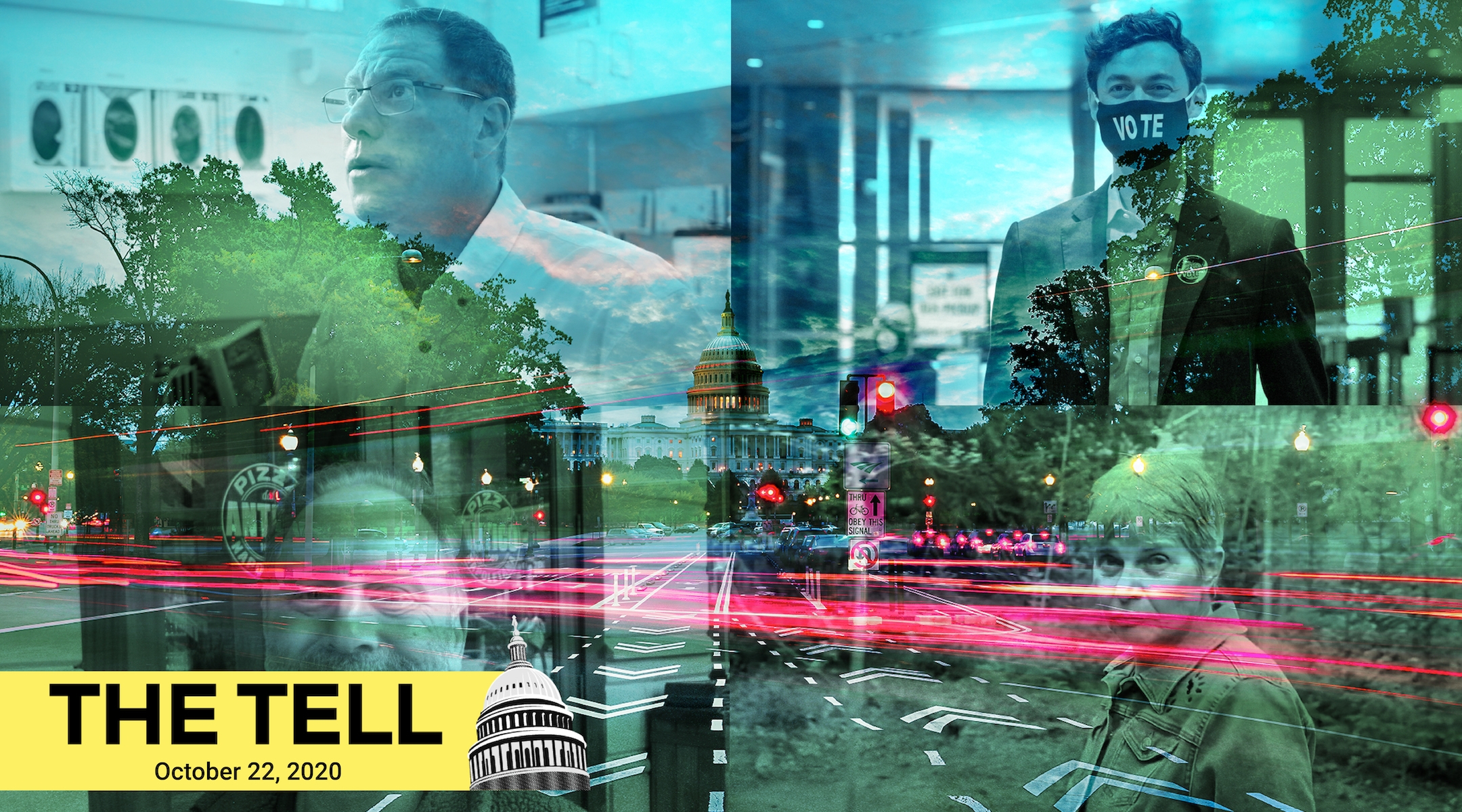 WASHINGTON (JTA) — There are 47 Jews who are nominated in races for the U.S. Senate and House of Representatives.

Today we start rolling out our omnibus profiles of every one of them, starting with the four Democratic challengers vying for GOP-held Senate seats.

The first time I did this, two years ago, I was struck by the degree to which these candidates and incumbent members of Congress defy stereotypes: there are military veterans, farmers, folks who live in isolated parts of the country, including Alaska and California’s eastern drylands.

The stories are compelling this year, too. Al Gross, who is challenging the incumbent Republican Dan Sullivan in Alaska, was born after an avalanche (really). He is also a physician and a commercial fisherman, and his ads talk about how he killed a bear in self-defense.

One of the last things civil rights icon John Lewis did was endorse Jon Ossoff, who interned for Lewis as a teenager and is now running for a Senate seat in Georgia. Matt Lieberman, running in a separate race for Georgia’s Senate, self-published a book about the South that is causing him trouble.

Then there is Merav Ben-David, an Israeli-born scientist running for the Senate in Wyoming who is transfixed by the politics of her home country even as she vies for a leadership role in this one.

“Both my sisters and my niece and my nephews and cousins and various first and second cousins are involved in a new movement, Degel Shachor (Black Flag),” Ben-David said, referring to the anti-Netanyahu government protest movement in Israel.

Read more about the nominees here.

Here come the polls: An American Jewish Committee shows Jewish voters are ready to vote for Joe Biden to replace Trump 75%-22%, and J Street polls of Jews in swing states Florida and Pennsylvania show similar results. Polls show a mirror image among Orthodox Jews, with upwards of 70% saying they will vote for Trump.

Human wrongs: The State Department is set to name a number of prominent human rights watchdogs as anti-Semitic, as the Trump administration continues to focus almost exclusively on anti-Semitism from the left and Islamists, as opposed to the far right.

United States, it have a problem: Sacha Baron Cohen, who is shy in real life, stepped out last year in a rare foray as himself and told the Anti-Defamation League that social media is the “greatest propaganda machine in history.” Now he’s back in more comfortable clothing (or lack of clothing) as Borat and is spreading the same message ahead of the release of his movie on Friday. And also catching Rudy Giuliani in a bizarre supine position. 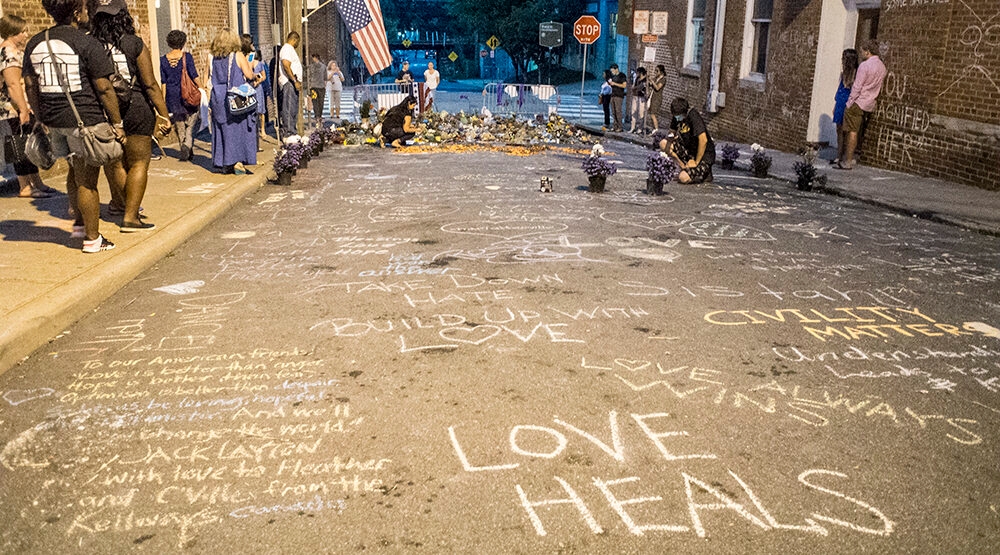 A memorial for Heather Heyer who was killed. On August 12, 2017, a car was deliberately driven into a crowd of people who had been peacefully protesting the Unite the Right rally in Charlottesville, Virginia, killing one and injuring 28. (Getty Images)

Peter Hartcher, the political editor for The Sydney Morning Herald and The Age of Melbourne examines the fraught American election and finds in it dangers posed not only to the United States but to his country and others. “For Australia this is not ‘fire across the water’, a distant problem that has nothing to do with us. It is a stark case study in the consequences of democratic neglect.” 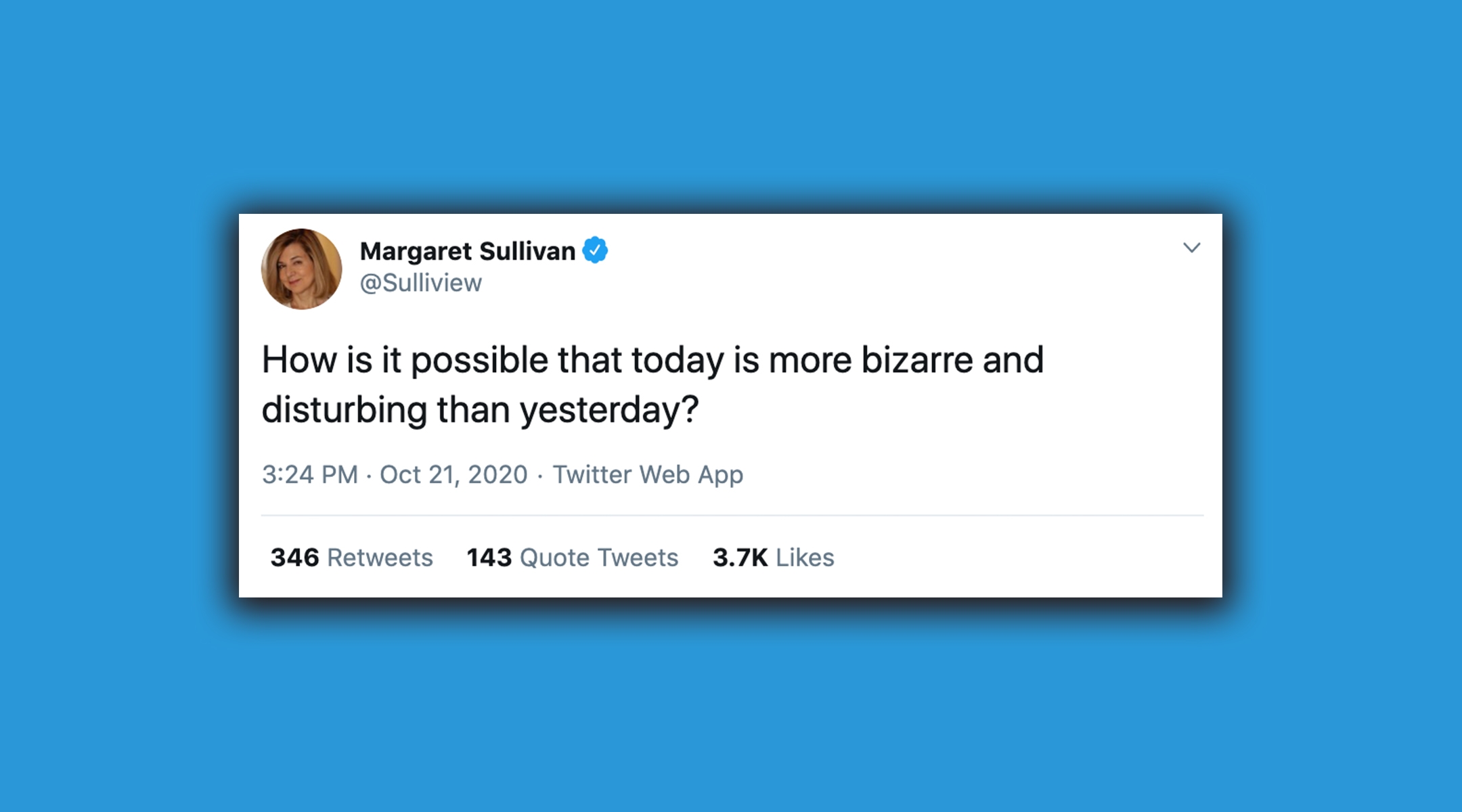