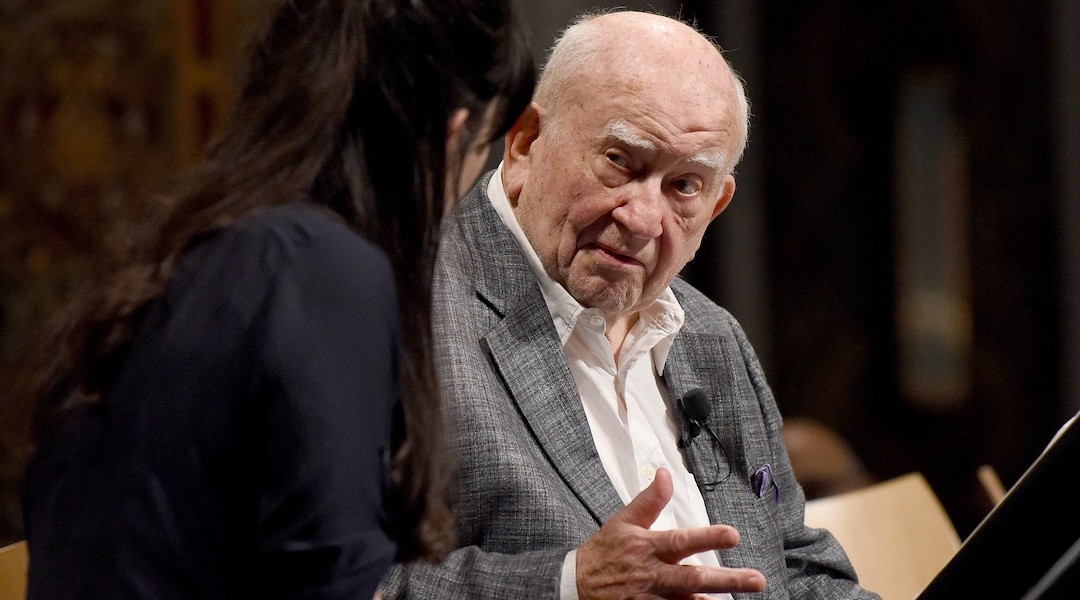 Ed Asner appears in a staged reading of "The Soap Myth," a play by Upper West Sider Jeff Cohen. Asner and Tovah Feldshuh performed the Holocaust-themed play around the country in April and May 2019. (Photo courtesy of the Holocaust Center of Pittsburgh)
Advertisement

Good Monday morning! Your correspondent is back from vacation in the Berkshires, which is sort of like the old Jewish Catskills but with a master’s degree.

TIME SERVED? California’s parole board recommended the release of Sirhan Sirhan, the Jerusalem-born Palestinian who killed Robert Kennedy in 1968 just as the pro-Israel senator from New York appeared set to secure the Democratic presidential nomination. (JTA)

TEACHER APPRECIATION A Crown Heights yeshiva will offer its long-time teachers $150,000 each in cash to purchase a home nearby, thanks to a matching grant from an unnamed “property owner.” (collive.com)

REMEMBERING Actor Ed Asner, who started his career in New York before landing his iconic role as the gruff but lovable Lou Grant on “The Mary Tyler Moore Show,” has died at 91. (New York Times)

Michigan Congresswoman Rashida Tlaib called for Israel to return the body of a woman who was killed while attempting to kill Israeli soldiers.

Israeli swimmer Mark Malyar made history at the Tokyo Paralympic Games by winning gold for Team Israel and setting a new world record.

Naomi Adler, who was until early 2020 the executive director of the Jewish Federation of Greater Philadelphia, has been named the new CEO of Hadassah, The Women’s Zionist Organization of America. A Rochester, New York, native, Adler led local United Way divisions in Westchester and Putnam counties upstate before heading to Philadelphia, where for a short time she was the only woman to lead a major Jewish federation.

Tomorrow at 11:30 a.m., Israeli novelist David Grossman discusses his latest novel, “More Than I Love My Life” — a tender tale of three generations of women bound together by love, blood and secrets — with Sandee Brawarsky, literary editor of The Jewish Week. This is Grossman’s first appearance in the United States in connection with his new novel. Register here for this Temple Emanu-El Streicker Center event.

Photo, top: Ed Asner appears in a staged reading of “The Soap Myth,” a play by Upper West Sider Jeff Cohen. Asner and Tovah Feldshuh performed the Holocaust-themed play around the country in April and May 2019. (Photo courtesy of the Holocaust Center of Pittsburgh)