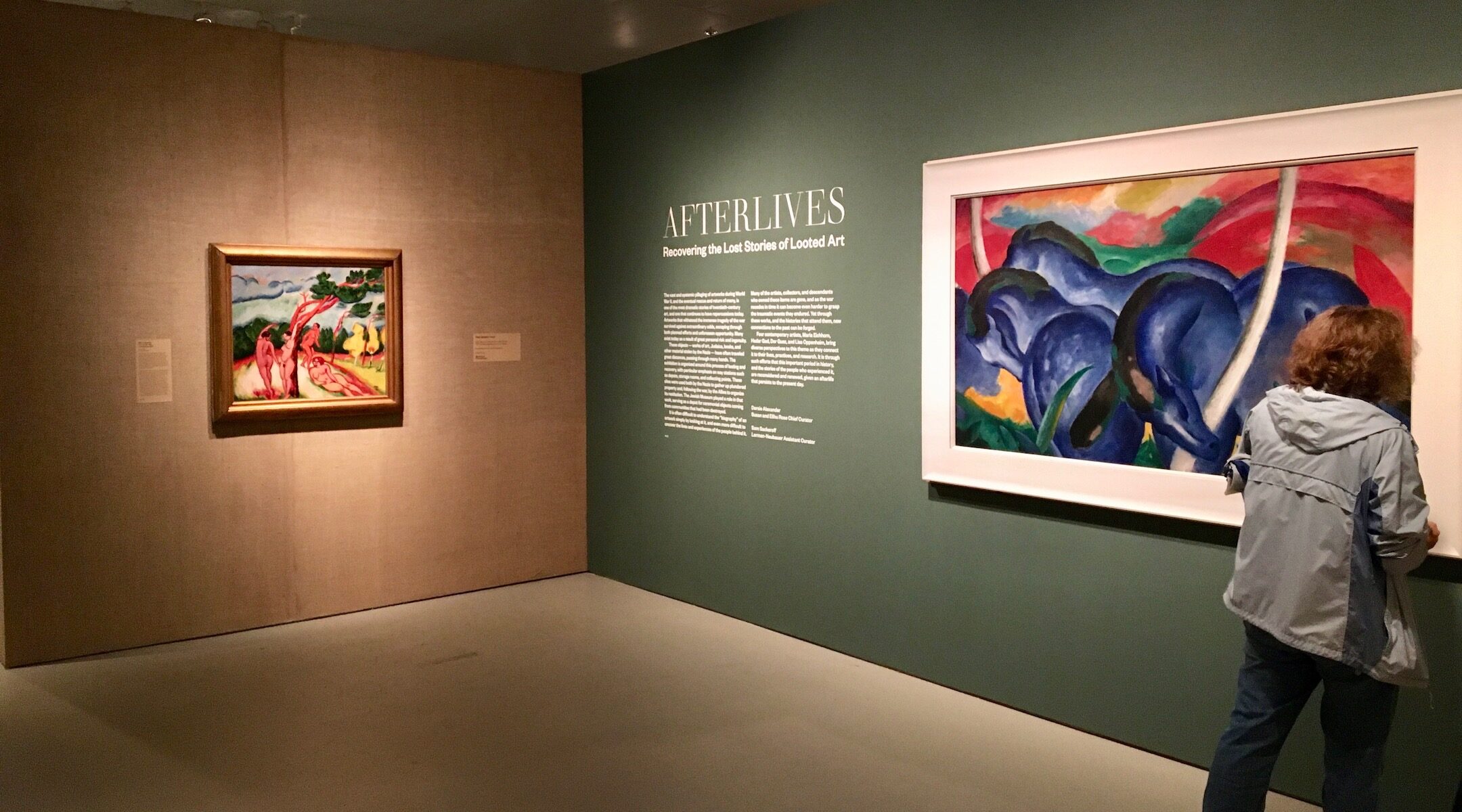 "Afterlives: Recovering the Lost Stories of Looted Art," an exhibition about art and cultural property stolen by the Nazi, runs at the Jewish Museum through Jan. 9, 2022. (Jewish Week)
Advertisement

INDICTED: A grand jury Friday indicted a 30-year-old man on 76 counts of criminal mischief and hate crimes for a vandalism spree that targeted four synagogues in Riverdale in April. (Riverdale Press)

SOMETHING NEW: Novelist Gary Shteyngart’s New Yorker article about his botched circumcision offers something new in the debate over the practice: a non-polemical personal account that raises uncomfortable questions for rabbis and mohels.

LOOT: Reviews are split over the new exhibit at Manhattan’s Jewish Museum, “Afterlives: Recovering the Lost Stories of Looted Art.”

“Golden Voices,” an Israeli comedy about Russian film dubbers at sea in their new country, is showing this week at Quad Cinemas in Greenwich Village.

Diving into scholarship from her most recent book, “The Vanishing: Faith, Loss, and the Twilight of Christianity in the Land of the Prophets,” journalist Janine di Giovanni discusses the plight and possible extinction of Christian communities across Syria, Egypt, Iraq, and Palestine after 2,000 years of inhabiting these lands. $20. Buy tickets here for this 92Y event. 7:00 p.m.

Photo, top: “Afterlives: Recovering the Lost Stories of Looted Art,” an exhibition about art and cultural property stolen by the Nazi, runs at the Jewish Museum through Jan. 9, 2022. (Jewish Week)