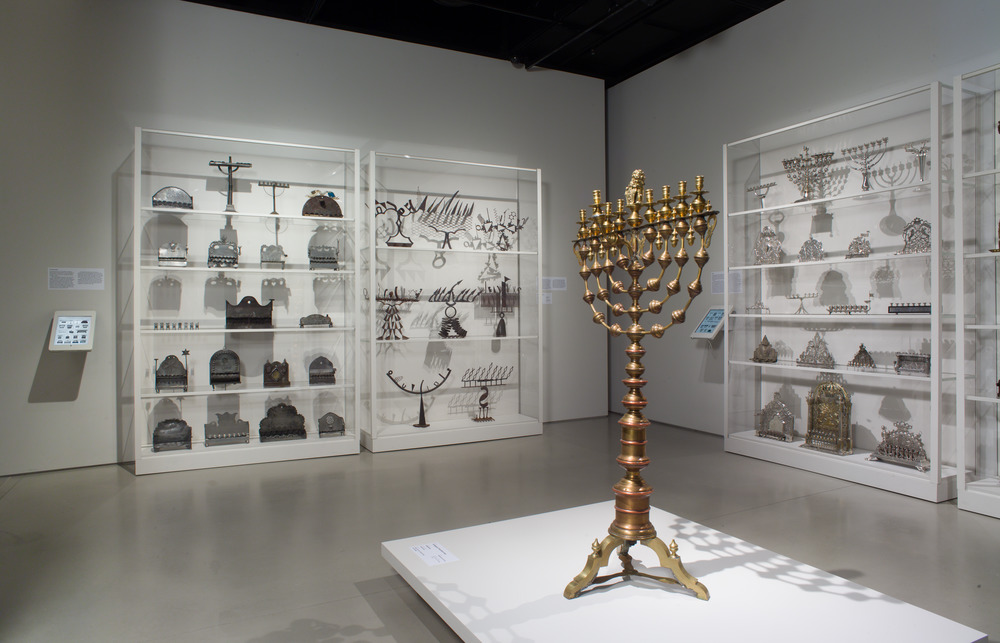 COVID NEWS: Mayor de Blasio said the city will require employees at yeshivas and other private schools to be vaccinated against the coronavirus, leading to immediate objections from haredi Orthodox leaders. (New York Jewish Week via JTA)

‘EXTREMELY NORMAL’: One of the 12 Jewish New Yorkers who traveled to Syria last month denied rumors that the family was invited there by the government. (Times of Israel)

Larry David is no fan of the religious life, but this season of “Curb Your Enthusiasm” has put some surprisingly traditional conversations about Jewish pride and belief front and center, writes Andrew Silow-Carroll.

The Joseph story depends on interpreting dreams, but Jewish tradition has often been wary of the practice. Rabbi Haviva Ner-David is a “dreamworker,” helping the dreamer “give birth to the dream’s message,” as she explains in her new memoir.

At a White House candlelighting ceremony Wednesday night in the East Room, 150 people celebrated Hanukkah. Who was the first president to light a menorah at the White House?

The Braid/Jewish Women’s Theatre presents a Hanukkah-themed show, “Arise My Friend My Beloved and Go Forth,” which will be livestreamed on Saturday night at 9:00 p.m. ET, live in front of an audience at Shomrei Torah congregation in West Hills, California. Livestreams will be on stslive.org, Facebook and YouTube.

Join Katie Vogel, public historian at Henry Street Settlement, and New York Public Library’s Philip Sutton for a conversation about the history of tenement housing in New York, exploring why tenements were created, what daily life was like for residents, and how settlements such as Henry Street created opportunities for change and social reform in the local community. This event will take place in person at Seward Park Library, 192 East Broadway. More info here. Today, 2:00 p.m.

Six-time Tony- and Emmy-nominated actor Tovah Feldshuh stars in “Becoming Dr. Ruth,” chronicling the life of psychologist Dr. Ruth Westheimer. Presented Off-Broadway at Edmond J. Safra Hall at the Museum of Jewish Heritage – A Living Memorial to the Holocaust. Previews begin this Saturday at 7:00 p.m. Tickets $59-$128. See the website for a complete list of show dates and times.