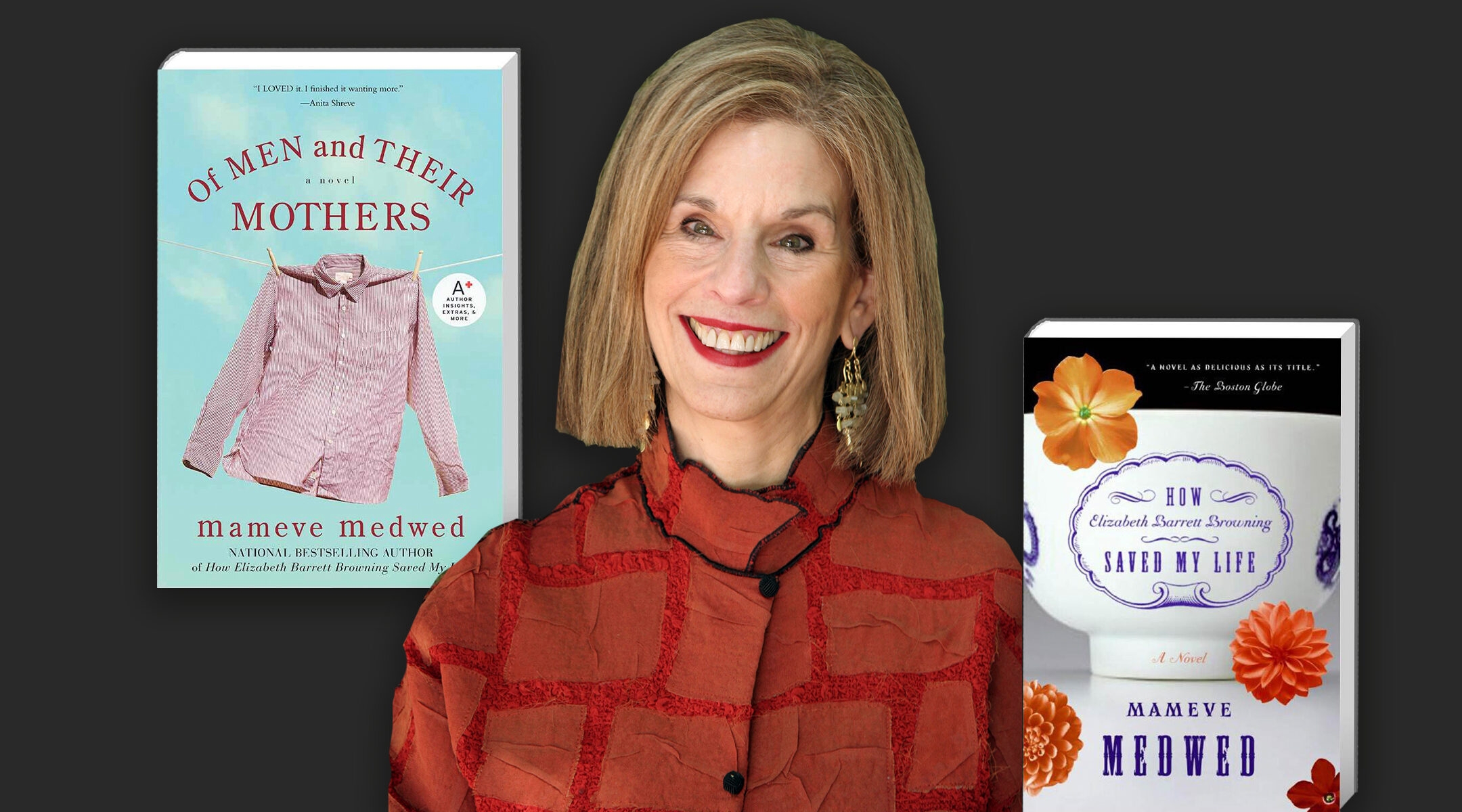 In novels like "Of Men and Their Mothers" and "How Elizabeth Barrett Browning Saved My Life," Mameve Medwed was known for her sense of humor and empathy for the foibles of ordinary people. (mamevemedwed.com/Grace Yagel for JTA)
Advertisement

BOSTON (JTA) — Mameve Medwed often wrote about her native Maine in her essays and novels, which have been celebrated for their sense of humor and empathy for the foibles of ordinary people, including a cast of Jewish mothers.

Medwed was living in Cambridge, Massachusetts, her adopted city that also often played a starring role in her books, when she died died Dec. 26, of metastatic lung cancer.

Medwed’s award-winning 2006 novel “How Elizabeth Barrett Browning Saved My Life” was a national bestseller. In addition to her seven novels and many short stories, she was a widely published book reviewer and essayist whose work appeared in the Boston Globe, New York Times and Gourmet Magazine. Her books, including “Men and Their Mothers,” often featured Jewish characters, references to Jewish culture and notably, a humor that reflected her Jewish roots.

“Her Jewish identity was a critical piece of her artistic puzzle,” her son Daniel Medwed told the Jewish Telegraphic Agency.

Her humor was infused with the echoes of her Jewish raconteur aunts, uncles and cousins, he said. “She was more of a listener, an eavesdropper, always looking for a story. There was a lot of laughter and funny predicaments in her novels, with many about overcoming adversity,” her son said.

Mameve Stern (named after two grandmothers, Mamie and Eva) grew up in Bangor, Maine, in a speck of a Jewish community in a city dominated by Catholics and Protestants in the 1940s and 1950s. Her great-grandfather had been Bangor’s first rabbi, but her mother shied away from Jewish observance and aspired to fit in with her Christian neighbors. Her father grew up in a kosher home, steeped in Jewish ritual.

Medved went to Hebrew school and celebrated Jewish holidays at the homes of her aunts, uncles and cousins who lived nearby, but admitted she felt conflicted about her Jewish upbringing

“I lived a bifurcated life,” she wrote in an essay — “Oh, Lord. Oh, Lourdes. Alors!” — published in “How to Spell Chanukah … and Other Holiday Dilemmas,” a 2007 anthology edited by Emily Franklin. “Who was I? Did I celebrate Chanukah or Christmas? Did I prefer Santa … or the Bible stories of Moses and Rachel?”

Medwed graduated from Simmons College and taught fiction writing for many years at The Cambridge Center for Adult Education. In 1979, she met fellow writer Elinor Lipman in an adult education writing class at Brandeis University taught by the critic and editor Arthur Edelstein.

“It wasn’t long before we were bosom buddies,” Lipman told JTA, recalling that they were the only two in the class who were writing in a style considered funny.

For 40 years, the pair were each other’s literary sounding boards,”to the point where every single thing I wrote and every single thing she wrote, we ran it by each other — chapters, essays, book reviews, everything,” said Lipman, the author of bestsellers including “The Inn at Lake Divine” and “Good Riddance.”

“Her characters are self-effacing. The wit never comes because of high self esteem. It comes from their apologetic view of life. I think that is Jewish,” said Lipman. “She was raised in Maine. It’s a New England Jewish wit that has a tang all its own.”

While Medwed embraced entertaining her readers with wit and satisfying endings, the work was serious business, she told the Boston Globe.

“I’d like to make a plug for humorous fiction. I think that people who write funny are dismissed as light. I say that’s not true. We deal with the things that everyone deals with, but from a domestic point of view, with domestic relationships standing in for bigger things.”

Medwed, whose husband Howard died in 2019, is survived by two sons, a sister and four grandchildren.