Ukraine’s Jewish history is filled with trauma. But while the past is prologue, it’s not destiny. 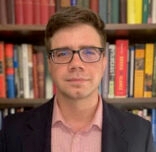 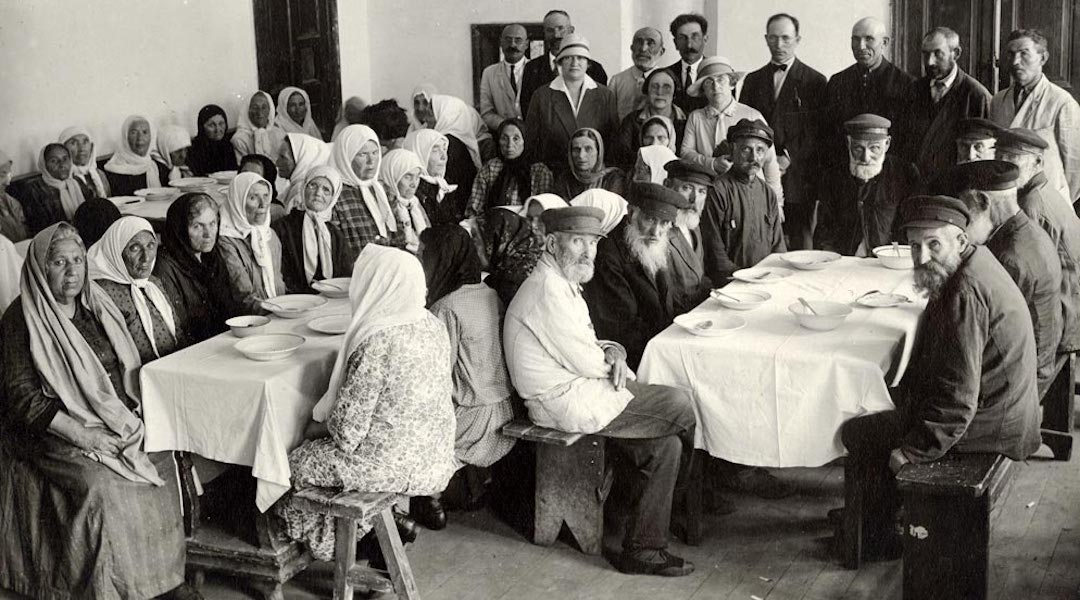 (JTA) — The first time I recall hearing someone describe a relationship akin to that between Eastern European Jews and the former Pale of Settlement was when my late African-American uncle spoke of Mississippi.

Many immigrant groups in America — including those with roots in Ireland, Japan and Mexico — take pride in the lands they or their ancestors lived in before migrating to the new world. For Jews, the matter is different. Many a pizzeria proudly flies an Italian flag. Very few bagel shops fly a Polish flag or a Ukrainian one. Though my family has always identified as proudly Litvish, meaning that we come from areas where the Litvish dialect of Yiddish was spoken, but I cannot recall any of that pride being set aside for the nations of Belarus or Lithuania.

These were lands we left for good reason.

But they were also the lands where our families lived and our history happened. They are where our ancestors were born and buried, even if — too often — in mass or unmarked graves. Seeing that land bombed and invaded evokes a difficult sensation that deserves to be sorted through.

It would be a mistake to reduce Jewish history in Ukraine to suffering. Through the late 19th century, many Jews from around the Russian Empire migrated to Ukraine, drawn to the region’s relatively strong economy (the Israeli novelist Amos Oz’s father, for example, came to Odessa from Lithuania). Out of this melting pot emerged one of the richest stews of Jewish life, impacting Jewish politics, religion, literature and language. Cities now under siege or threatened — Berdichev, Kyiv and Odessa — stand every inch as proud as Warsaw, Vilna or New York as centers of modern Jewish culture before the Holocaust. This is the land that produced the Ba’al Shem Tov, Golda Meir and Hayim Nahman Bialik, that was home to dozens of Hasidic dynasties. It is the backdrop to many of the stories of Sholom Aleichem. Tevye the Dairyman was a Ukrainian Jew.

And yet, the traumas associated with Ukraine are real, and the worst of the traumas have emerged in Ukraine’s many bids for independence. Bohdan Khmelnytsky remains among the greatest villains in Jewish history for the massacres his forces perpetrated in the 17th century. Even approximate figures for the death toll are hard to come by; Israeli historian Shaul Stampfer estimated that 18,000 to 20,000 Jews, nearly half the Jewish population of Ukraine at the time, were killed by Khmelnytsky’s forces.

Worse yet were the pogroms inflicted by the Ukrainian Directorate under Semyon Petliura in the aftermath of World War I, when 50,000 to 100,000 Jews were killed by Ukrainian nationalist forces before their defeat at the hands of the Red Army. This was the greatest killing of Jews prior to the Holocaust 20 years later. The details of the pogroms were so striking (mass rapes, extensive use of torture, and of course, killings) that when a Jew named Sholem Shwartzbard assassinated Petliura in Paris in 1926, a French court found Schwartzbard not guilty — because the French court believed the action justified. If not for Hitler and the Nazis, there is every reason to think that Petliura and the Ukrainian nationalists would be the central emblem for evil in Jewish collective memory.

And yet, Nazism did come, and it found a willing collaborator in Petliura’s heirs. The overwhelming majority of Ukrainians fought against Germany, serving heroically in the ranks of the Red Army. Nearly seven million Ukrainains — including some 1.5 million Jews— died at the hands of the German invaders. But the Ukrainian national movement, dominated by the Organization of Ukrainian Nationalists (OUN) and led by Stepan Bandera, made every effort to collaborate with Germany in World War II, including the murder of Ukrainian Jews. Though the OUN did break with Germany, this was not due to any opposition to German antisemitism, but to the German refusal to permit an independent Ukrainian state.

It is no surprise that many Jews’ first instincts toward Ukraine’s latest push for independence were skeptical. But though past is prologue, it is not fate. The building of monuments to pogromists and Nazi collaborators, including Petliura, has drawn criticism from Jews in Ukraine and abroad, the existence of the Azov Battalion, a neo-Nazi national guard division, is a disgrace. Their influence, however, is unclear. The Azov Battalion numbers a few hundred in a military whose regular strength crests at a quarter million. Meanwhile, far more national effort and expense has gone into commemorating the murder of Jews than into lionizing their killers.

Pew Polls on antisemitism in Europe have routinely found Ukraine among the least antisemitic countries in Europe (far lower than neighboring Russia). Antisemitic parties such as Svoboda and Pravyy Sektor have performed abysmally at the polls, gaining collectively one seat in Ukraine’s parliament and 2% of the total vote in the most recent elections. By comparison, the far-right Marie le Pen won nearly 34% of the vote in France’s 2017 presidential election while in Germany the Nazi-apologist Alternative for Germany won over 10% of the vote just last year.

And Ukrainian voters are not only voting against antisemites, but they are also actively voting for Jews. President Volodomyr Zelensky, whose heroic leadership has impressed the world, is a Jew. The former Prime Minister Volodomyr Groysman is a Jew as well. In neither’s campaigns did their opponents use antisemitism against them, despite a political culture in Ukraine that all too willingly plays dirty. To the contrary, the only attention the media played to Zelensky’s Jewishness was to criticize him for not being sufficiently involved in commemorations for the Babi Yar massacres. Antisemitism still exists in Ukraine, as it does in most countries. But all signs point to it being a minimal force in Ukrainian life. Ukraine has reinvented itself, reborn again without any Khmelnytsky, Petliura or Bandera, without the overwhelming antisemitism that has so long animated its national movement.

One of the most sacred rights is the right to self-improvement, to be better today than you were yesterday. It is a right that exists for individuals and for communities. Ukraine has seized that right fully, if imperfectly, committing itself to be a better land than the one our ancestors left. Damn Putin for trying to take that away.

Joshua Meyers
is a scholar of modern Jewish history, with a particular interest in politics. Formerly affiliated with Stanford, Harvard and Queens College, he is currently an assistant director of a secondary school. His work has appeared in Jewish Social Studies, the Jewish Daily Forward, Tablet, Geschichte der Gegenwart and In Geveb.
The views and opinions expressed in this article are those of the author and do not necessarily reflect the views of JTA or its parent company, 70 Faces Media.